Saint Andrew, the call of Christ
and the bitter weather of Advent 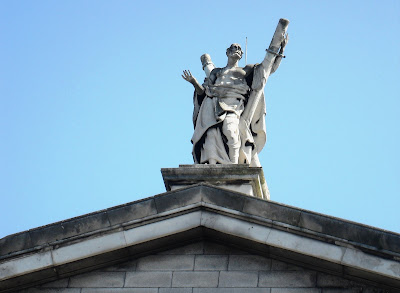 The hymn ‘Jesus calls us! O’er the tumult’ (no 584, Irish Church Hymnal), is usually sung to the tune ‘Saint Andrew’ by Edward Henry Thorne. It was written in 1852 by Mrs Cecil Frances (‘Fanny’) Alexander (1818-1895), whose bicentenary is being marked this year. She intended it for use on Saint Andrew’s Day, and in this hymn she takes up many of the questions posed by Saint Andrew’s call, life and mission.

The tune, Saint Andrew, was written by Edward Henry Thorne (1834-1916) for the hymn’s inclusion in the second edition of Hymns Ancient and Modern (1875).

That stubborn and obstinate commitment to Christ, to the point of a martyr’s death, makes Saint Andrew an appropriate saint to start off the Church Year at the beginning of Advent on Sunday next. As our recent Sunday Gospel readings have reminded us, Christmas is meaningless without looking forward to the coming of Christ again in glory.

As we prepare for Advent and prepare to wait for the Coming of Christ, are we prepared to leave behind the nets of yesterday and not get caught up in them?

In recent years, I have taken the opportunity provided by working visits to London to visit the surviving churches built by Christopher Wren. One of these churches, Saint Andrew-by-the-Wardrobe on Queen Victoria Street, is two blocks south of Saint Paul’s Cathedral and close to Blackfriars station, and is the last of Wren’s city churches.

The church was destroyed by German bombs during the London blitz in World War II, and only the tower and the walls survived. The church, which was designated a Grade I listed building in 1950, was rebuilt and rededicated in 1961.

As the bitter weather of winter begins to close on, I am reminded of this prayer, appropriate for Advent and this winter weather, which I found at Saint Andrew’s and which the church offers for people who have no shelter on the streets: 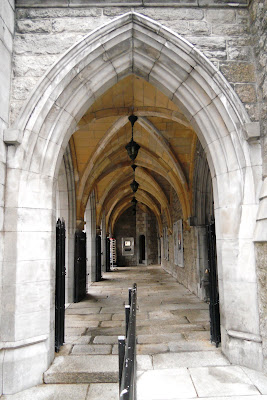 I have a special feeling for Saint Andrew. I was married in St. Andrew's Presbyterian Church in Nairobi Kenya, 51 years ago.