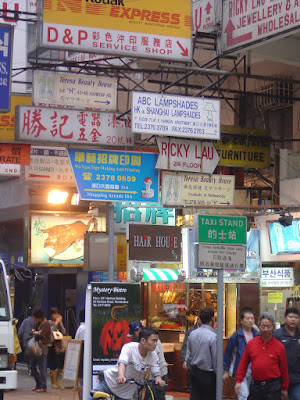 Despite the commemorations of the Easter Rising, few, if any, are recalling Sir Matthew Nathan, who had the misfortune to hold the position of under-secretary for Ireland in 1916.

Nathan, who had been under-secretary since 1914, was based in Dublin Castle when the Rising broke out. During his career, he was also governor of Sierra Leone and the Gold Coast (Ghana) in west Africa, and Natal in South Africa. After the Rising, he was secretary to the British ministry of pensions and later governor of Queensland, before retiring to Somerset, where he died in 1932.

Unlike the other leading members of the cast in the drama of 1916, Nathan’s memory is not recalled in the names of city streets or railway stations in Ireland. Instead, his memory lives on in Nathan and Nathan Heights in Brisbane, and in Nathan Road, the main commercial and shopping street in Kowloon, also known as Hong Kong’s “Golden Mile.”

Nathan Street is Kowloon’s main traffic artery and shopping street and a fitting tribute to the man who was governor of Hong Kong from 1903 to 1907. Nathan established a central urban planning and building policy, built major streets and roads in the Kowloon Peninsula, and began building the Kowloon-Canton Railway. It was once possible to travel by train from Kowloon to Europe, but Nathan's station was demolished in 1978 and all that remains today is the Clock Tower, close to the Star ferry terminal.

Nathan Street is a bright, brash, bustling thoroughfare, packed with shops, shoppers, traders and tourists. Beneath the tangle of neon lights and signs that bedeck Nathan Street and the warren of side streets off the “Golden Mile” there are cheap tailors, Cantonese canteens, camera and electronic shops and sleazy karaoke lounges. In between them all is the Kowloon Mosque – and Delaney’s Irish pub.

Nathan is also remembered as the first president of Hong Kong’s Jewish congregation. Archaeological evidence points to a Jewish presence in China as early as the eighth century, when Jewish merchants travelled the Silk Road from Persia and India. Many travellers, including Marco Polo, reported meeting Jews in China. During the Ming Dynasty (1368-1644), a Ming emperor conferred seven surnames on the Jews which still identify their families today: Ai, Lao, Jin, Li, Shi, Zhang and Zhao. Shi and Jin are the equivalent of common Jewish names in the west – Stone and Gold. 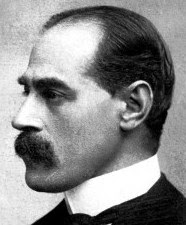 Archaeological evidence points to
a Jewish
presence in
China as early
as the
eighth century ...
Many travellers,
including Marco Polo,
reported meeting
Jews in
China

In the 17th century, Jesuit missionaries were the first Europeans to come across the Jewish community in Kaifeng in eastern Henan province. The Jews of Kaifeng had no contact with European Jews, but the discovery was a greater sensation among European Christians than among Jews. The Jesuits reported that the surviving Kaifeng Jews observed synagogue practices and most Jewish festivals, abstained from pork, circumcised their sons and followed the Mosaic laws like Jews in Europe.

By then, however, the Kaifeng Jews were beginning to lose their unique identity. The process of assimilation was hastened by the death of their last rabbi in 1810, the destruction of their last synagogue by a flooded Yellow River in 1849, the lack of Chinese translations of the Torah and the loss of Hebrew.

It is said the Kaifeng community once displayed a Torah scroll in the public marketplace with a sign offering a reward to any traveller who could interpret its text. As the community withered, a Kaifeng Jew wrote in the mid-19th century: “Morning and night, with tears in our eyes and with offerings of incenses do we implore that our religion may again flourish. We sought everywhere, but could find none who understood the letter of the Great Country [Hebrew] which causes us deep sorrow.”

By 1900, the Jews of Kaifeng had dwindled in number to 50 families of about 250 people. The Jews of Shanghai became interested in their plight and started a Shanghai Society to Rescue the Chinese Jews, begging Kaifeng’s Jews not to sell any more of their scrolls and offering to help them rebuild their synagogue.

But their efforts and pleas were in vain. In another effort to revitalise the Jewish community in 1919, Bishop William White, the Anglican Bishop of Henan who lived in Kaifeng, called a conference to bring them together. A photograph of those who attended shows the women and girls all with bound feet in Chinese fashion. Despite the discussions and social atmosphere, the conference failed.

Within a short time, poverty had forced the last remaining Jews of Kaifeng to sell their synagogue, land and Torah scrolls to Canadian missionaries.

Descendants of the Zhang, Shi and Jin families continue to live in Kaifeng, but they have no religious rituals, although some refuse to eat pork. Yet despite a lack of formal religious practice, these Kaifeng Jews retain a sense of ethnic identity.

Some list their children as “Youtai” (Jewish) on official papers and documents next to the place where they might have written “Han” (Ethnic Chinese).

Hong Kong’s present Jewish community began in the 1800s with the arrival of several families from Baghdad who contributed to Hong Kong’s development. In 1902, Sir Jacob Sassoon dedicated the Ohel Leah Synagogue to his mother’s memory. Another Jewish dynasty developed when the Kadoorie family arrived from Baghdad. Sir Elly Kadoorie’s son, Lord [Lawrence] Kadoorie, bought Torah scrolls found by a Catholic friar on Cat Street. His son, Michael, now owns the Peninsula Hotel, the plushest hotel in Kowloon, at the end of Nathan Road, and serves as a trustee of the Jewish community.

Later waves of Jewish immigration reached China after the 19th century Russian pogroms, and during the first and second World Wars.

As a strategic trade and finance centre, Hong Kong attracted foreigners from the 1960s on, including Jews from the US, Israel, England, Australia and Canada. Today, Hong Kong’s 2,500 Jews are 40 per cent American, and the rest are mainly of European and Australian extraction.