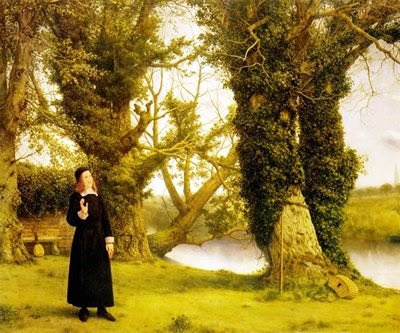 The Apostle Paul says: “If you confess with your lips that Jesus is Lord and believe in your heart that God raised him from the dead, you will be saved” (Romans 10: 9).

In many parts of the Church of Ireland, there is a reluctance to accept Confession as an ancient practice of the Church, with Biblical and Patristic approval. Yet there is a well-known Anglican aphorism that says about Confession: “All may; none must; some should.”

For Anglicans, confession and absolution are usually a component part of corporate worship, both at Morning Prayer and Evening Prayer, and in particular at the Eucharist.

In the The Book of Common Prayer, the ‘Order for the Visitation of the Sick’ includes the following direction: “Here shall the sick person be moved to make a special Confession of his sins, if he feel his conscience troubled with any weighty matter. After which Confession, the Priest shall absolve him (if he humbly and heartily desire it).”

The 1979 Book of Common Prayer for the Episcopal Church in the US provides two forms for Confession in the section ‘The Reconciliation of a Penitent.’ Private confession was also envisaged in 1603 in Canon 113 in the canon law of the Church of England, which contains the following, intended to safeguard the Seal of the Confessional:

“If any man confess his secret and hidden sins to the minister, for the unburdening of his conscience, and to receive spiritual consolation and ease of mind from him; we ... do straitly charge and admonish him, that he does not at any time reveal and make known to any person whatsoever any crime or offence so committed to his trust and secrecy.”

This morning, in my choice of a Poem for Lent, I return once again to the poems of George Herbert, in his collection, The Temple, and look at his poem, ‘Confession’ (‘O What a cunning guest’). If Confession is good for the soul, it is also good for Lent, and George Herbert found it was good for the priest too. In The Country Parson, he wrote

“The Parson in his house observes fasting dayes; and particularly, as Sunday is his day of joy, so Friday his day of Humiliation, which he celebrates only with abstinence of diet, but also of company, recreation, and all outward contentments; and besides, with confession of sins, and all acts of Mortification.” (George Herbert, The Country Parson, Chapter 10, ‘The Parson in his House).

Confession (O What a cunning guest), by George Herbert

O what a cunning guest
Is this same grief! within my heart I made
Closets; and in them many a chest;
And, like a master in my trade,
In those chests, boxes; in each box, a till:
Yet grief knows all, and enters when he will.

No screw, no piercer can
Into a piece of timber work and wind,
As God’s afflictions into man,
When he a torture hath designed.
They are too subtle for the subtlest hearts;
And fall, like rheums, upon the tend’rest parts.

We are the earth; and they,
Like moles within us, heave, and cast about:
And till they foot and clutch their prey,
They never cool, much less give out.
No smith can make such locks but they have keys:
Closets are halls to them; and hearts, high-ways.

Only an open breast
Doth shut them out, so that they cannot enter;
Or, if they enter, cannot rest,
But quickly seek some new adventure.
Smooth open hearts no fast’ning have; but fiction
Doth give a hold and handle to affliction.

Wherefore my faults and sins,
Lord, I acknowledge; take thy plagues away:
For since confession pardon wins,
I challenge here the brightest day,
The clearest diamond: let them do their best,
They shall be thick and cloudy to my breast.