Finding Eliot and Betjeman
on a book barrow in the rain 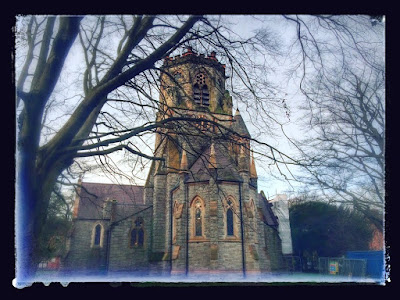 The heave rainstorm that gave me a thorough soaking as I walked along the beach and then the promenade in Bray on Saturday afternoon, eventually eased off on Sunday morning [10 January 2016].

Although there was no opportunity for a walk on a beach yesterday, I had a short walk by the banks of the River Dodder in Ballsbridge between the Said Eucharist and the Solemn Eucharist in Saint Bartholomew’s Church, and later went for a stroll through the book barrows in Temple Bar on Sunday afternoon.

The dredging of the riverbed and recent shoring up of the river bank seems to have been successful with the River Dodder, and the floods that were once a regular occurrence in places like Rathfarnham and Ballsbridge seem to have been kept at bay this winter, despite the floods being experienced throughout the island, including the valleys of the Shannon, the Blackwater, the Suir, the Barrow, the Nore and the Slaney. 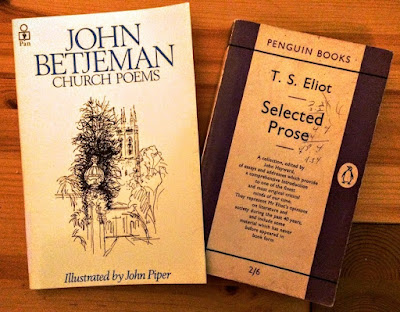 In Temple Bar, the light drizzle may have kept tourists and browsers away from the second-hand bookstalls, but I was delighted to pick up two books in the space of a few minutes.

John Betjeman’s Church Poems seems a delightful book fir a priest to pick up on a Sunday after presiding at the Eucharist in a well-loved church:

This book, first published in 1981, gathers together Betjeman’s poems on religious themes and churches, including King’s College Chapel, Cambridge, Holy Trinity in Sloane Street, London, Christ Church, Swindon, and Saint Enodoc’s Church in Cornwall, where he was buried.

This book is enriched with rare, inventive and witty illustrations by John Piper, who had worked with Betjeman on the Shell Guides .

The ghost of Rahere still walks in Bart’s;
It gives an impulse to generous hearts,
It looks on pain with a pitying eye,
It teaches us never to fear to die.

Eight hundred years of compassion and care
Have hallowed its fountain, stones and square,
Pray for us all as we near the gate—
St. Bart the Less and St. Bart the Great.

I also bought a worn and torn but much wanted second-hand copy of TS Eliot’s Selected Prose, published by Penguin in 1953. John Hayward edited this collection of essays and addresses, and they provide an introduction to Eliot as a literary and social critic rather than as a poet and playwright.

This selection is broken into two categories – Literary Criticism and Social and Religious Criticism – and it presents Eliot’s opinions on literature, society and religion over a 50-year period.

Later in the afternoon, I went to a 100th birthday party in Maynooth, Co Kildare, for a woman who is the matriarch of her family. Four generations of her family were there to celebrate the life of a woman who was born before the 1916 Rising, before the Battle of the Somme, and just a few weeks after The Love Song of J. Alfred Prufrock was first published in 1915. We stand on the shoulders of giants. 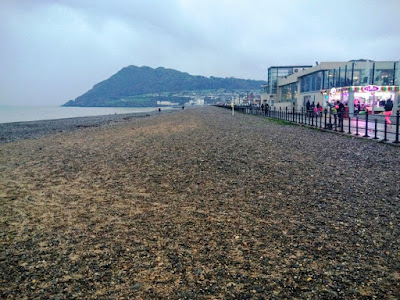 Walking on the beach in Bray in the rain on Saturday afternoon (Photograph: Patrick Comerford, 2016)