As calm begins to settle after the storm created by the Brexit results on Friday morning, and as all of us begin to consider the practical implications for political relationship on these islands, I spent some of the weekend reading a book that illustrates how intertwined relations between Ireland and England were 500 or 600years ago.

I picked up John Ashdown-Hill’s book, The Third Plantagenet: George, Duke of Clarence, Richard III’s Brother, during a visit to Lichfield earlier this month.

John Ashdown Hill is the author of The Last Days of Richard III, and this is the first full biography of George, Duke of Clarence, the middle brother of Kings Richard III and Edward IV.

John Ashdown-Hill is the author of a number of books on late mediaeval English history, with a focus on the House of York and Richard III, and he played a key role in identifying the bones of Richard III when they were discovered in a car park in Leicester on 25 August 2012. Subsequent DNA research proved that the mtDNA of the bones matched the sequence from Richard III’s descendants that John had identified in 2004.

John Ashdown-Hill is also the author of The Dublin King, The True Story of Edward Earl of Warwick, Lambert Simnel and the Princes in the Tower. This book explores the background to key events in Dublin a year after Richard III’s death.

A boy claiming to be the son of the Duke of Clarence and the rightful King of England was crowned in Christ Church Cathedral, Dublin, in 1487 (Photograph: Patrick Comerford, 2016)

A boy claiming to be Richard III’s heir and the rightful King of England was crowned in Christ Church Cathedral, Dublin, in 1487. The Tudor government insisted his real name was Lambert Simnel and that he was a pretender to the throne. In The Dublin King, John Ashdown-Hill questioned that official view and explored the 500-year-old story of the boy-king crowned in Dublin. He also looked at links between the story of the boy known as Lambert Simnel and the story of George, Duke of Clarence, the brother of Richard III, and the story of the ‘Princes in the Tower.’

Until now, little has been written about George, Duke of Clarence, who is less well-known than his brothers Edward IV and Richard III. In The Third Plantagenet, John Ashdown-Hill sets out to write the biography of an English prince who was born in Dublin Castle.

George Plantagenet (1449-1478), Duke of Clarence, was the son of Richard Plantagenet (1411-1460), Duke of York and grandson of Edward III. This is the Richard of York who is the subject of the popular mnemonic, ‘Richard Of York Gave Battle In Vain,’ to remember the order of the colours of the rainbow: Red, Orange, Yellow, Green, Blue, Indigo, Violet. 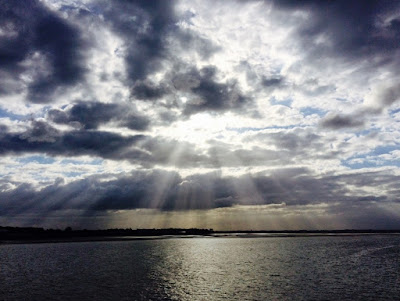 Evening lights seen from the end of the West Pier in Howth (Photograph: Patrick Comerford)

Richard had begun to challenge Henry VI for the crown when he was appointed Lord Lieutenant of Ireland in 1449. He arrived at Howth on 6 July 1449, and his son George was born in Dublin Castle on 21 October 1449. He was baptised in Saint Saviour’s Priory or Blackfriars in Dublin and his godfathers were James Butler, 4th Earl of Ormonde, and James FitzGerald, 6th Earl of Desmond.

George was the middle brother of King Edward IV and King Richard III, and played a key role in the dynastic struggle known as the Wars of the Roses. Although he was a member of the House of York, he switched his loyalty to the House of Lancaster, and then reverted to the House of York. He was later convicted of treason against his brother, Edward IV, and was executed – the myth is that he was drowned in a butt of Malmsey wine. He appears as a character in Shakespeare’s Henry VI, part 3 and Richard III, in which his death is attributed to the machinations of Richard III.

George had spent part of his early childhood in Dublin Castle and in Trim Castle, Co Meath. Despite his youth, he was appointed Lord Lieutenant of Ireland in 1462. In 1469, he married Lady Isabel Neville, the elder daughter of Richard Neville, Earl of Warwick, known as the ‘Kingmaker.’

Clarence actively supported his elder brother’s claim to the throne. But when Neville deserted Edward IV to ally with Margaret of Anjou, consort of the deposed King Henry, Clarence supported him and was deprived of his office a Lord Lieutenant of Ireland.

Henry VI rewarded Clarence by making him next in line to the throne after his own son, justifying the exclusion of Edward IV. After a short time, however, Clarence was secretly reconciled with Edward. When Warwick was killed in battle in 1471, the re-instated Edward IV restored his brother Clarence to royal favour.

Although most historians now believe Isabel died of consumption or after childbirth, Clarence was convinced she had been poisoned by one of her ladies-in-waiting. Clarence’s mental health deteriorated and he was entrapped in another rebellion against his brother Edward.

Eventually, Clarence became a prisoner in the Tower of London and was tried for treason against his brother Edward IV. He was privately executed at the Tower on 18 February 1478, and a rumour soon gained ground that he had been drowned in a butt of Malmsey wine. Shakespeare portrays Clarence as weak-willed and changeable, and several lines refer to his penchant for wine.

In this book, John Ashdown-Hill asks whether Clarence was for York or for Lancaster. Who was really responsible for his execution? Did he drown in a barrel of wine? And did “false, fleeting, perjur’d Clarence” provide the role model for the later defamation in the 16th century of Richard III?

Where was Clarence buried and what became of his body? Can the DNA used by Ashdown-Hill to test the remains of Richard III reveal the truth about the supposed “Clarence bones” in Tewkesbury Abbey?

John Ashdown-Hill seeks to expose many of the the myths surrounding this central Plantagenet figure. For example, is his death by drowning in a butt of Malmsey wine a story with a unique mythology of its own? Ashdown-Hill suggests that in this era, this form of drowning was considered a kinder means of execution than hanging or beheading.

Perhaps Ashdown-Hill is at his weakest when he relies on Wikipedia as a source, and there are idiosyncrasies such as his irritating references to Ireland as ‘Eire’ or his insistence on using quotation marks every time he refers to the ‘Tudor’ dynasty.

Buried in this book is his speculation about the parentage of Edmund and Jasper Tudor. They were the sons of Henry VI’s widowed mother, Catherine of Valois, but the author claims there is no evidence that Owen Tudor was their father, and speculates instead that they were the illegitimate sons of her lover Edmund Beaufort (1406-1455), Duke of Somerset.

Perhaps Ashdown-Hill is at his most fascinating when the book deals with the descendants of Clarence and his posterity. George and his wife Isabel Neville were the parents of four children:

3, Edward Plantagenet, Earl of Warwick (1475-1499), the last legitimate Plantagenet heir of the direct male line. He was executed by Henry VII for attempting to escape from the Tower of London. 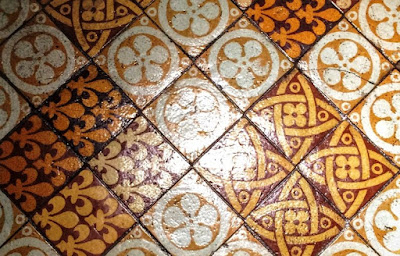 White roses of the House of York in tiles in the sanctuary in Christ Church Cathedral, Dublin (Photograph: Patrick Comerford)

Ashdown-Hill speculates strongly that the boy who was crowned king as Edward VI in Christ Church Cathedral, Dublin, on 24 May 1487 and who is known in history as Lambert Simnel, was the this third child, Edward, Earl of Warwick, and no imposter. He argues for the possibility that Edward’s father had managed to send this child abroad in 1477.

This is the case he develops in his subsequent book, The Dublin King. Could the boy have been sent to Ireland for protection in the household of Gerald Mór FitzGerald, 8th Earl of Kildare? Od did he remain in England until 1485?

Whatever happened to this boy, Ashdown-Hill traces the descendants of Clarence through his second and only surviving daughter, Margaret Pole, who was beatified as a martyr by Pope Leo XIII in 1886.

One of sons, Cardinal Reginald Pole (), the last Roman Catholic Archbishop of Canterbury (1500-1558).

Through her eldest son, Henry Pole (1492-1539), 1st Baron Montagu, who was executed for treason by Henry VIII, he traces the descendants of Clarence to a number of interesting people, including Simon Abney-Hastings, 15th Earl of Loudon, who he hails as the senior living representative of the ‘Third Plantagenet’; the journalist Petronella Wyatt, daughter of Woodrow Wyatt and also a descendant of the Wyatt family of architects who originated in Weeford outside Lichfield; and Carole Latimer, who is also descended from Bishop Hugh Latimer (1485-1555), one of the Anglican martyrs of the Reformation executed at Oxford by Mary I.

Through her daughter, Ursula Pole (1504-1570), who married Henry Stafford (1501-1563), 1st Baron Stafford, he traces the Clarence descent to King Albert I of Belgium and to the Roe family of Co Wexford and Co Tipperary. If my friend the late Terry Roe, one of Ireland's most colourful and delightful genealogists, knew of this connection, I can only imagine the fun she would have had tracing further links with the Roe family in Ireland. 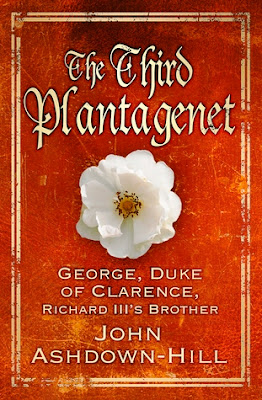