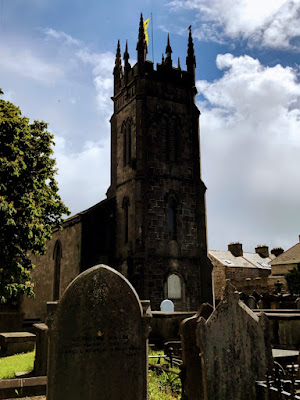 Saint Munchin’s Church stands on the site of a church said to have been built as Limerick’s first cathedral in 561 (Photograph: Patrick Comerford, 2017)

According to a recent illustrated history of the Church of Ireland, edited by Claude Costecalde and Brian Walker, ‘it is said there are three cathedrals in Limerick – St Mary’s, St John’s and Thomond Park (home of Munster rugby).’

Perhaps it could be said that Limerick has four cathedrals, for tradition says Saint Munchin’s Church, a former Church of Ireland parish church on King’s Island, looking across the estuary of the River Shannon, stands on the site of the first cathedral of the Diocese of Limerick, built in 561 AD by the patron saint of the diocese.

Saint Munchin’s is one of the five original parishes in Limerick City, the others being Saint John’s, Saint Michael’s, Saint Mary’s and Saint Patrick’s. As a civil parish, Saint Munchin’s Parish lies partly in geographical Co Clare and partly in Co Limerick, including the city centre of Limerick. The parish is divided into two parts by the intervening parishes of Saint Nicholas and Killeely.

The part of the city on King’s Island is mostly in the parish. Saint Munchin’s Church is located on Church Street, between the Bishop’s Palace and Villiers Almshouses, on the banks of the River Shannon, overlooking the river and across to the Treaty Stone.

Saint Munchin’s feast day is celebrated on 2 January (or 3 January), and he is said he lived in the late sixth or the seventh century. If the dates are consing, so too are the stories about the saint, and the legendary accounts give different versions of his background.

The most popular legend about Saint Munchin tells of the building of his first church in Limerick. While the workers were building the church, Munchin asked for the help of some local people whom were passing by. They refused to help, and Munchin placed a curse on them, praying they would be unsuccessful and unfortunate in life. He then appealed to some strangers who were passing, who readily gave their assistance. Saint Munchin appreciated their kindness and prayed they would always prosper.

The poet Michael Hogan wrote a poem in detail about the happenings, The Curse of Saint Munchin (1868). 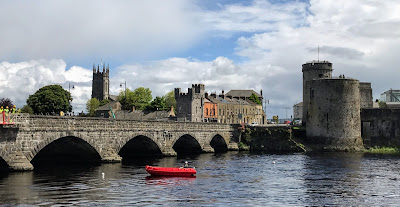 The legends say that Saint Munchin’s father Sétna belonged to the Dál Cais, and give him a pedigree linking him to the ancestors of the O’Brien dynasty. Mainchín is said to have founded Limerick when Ferdomnach, King of the Dál Cais, granted him land at Inis Sibtond, an island on the River Shannon.

However, there are major problems with the legends. The Dál Cais are unknown before the 930s, having migrated from the Deise area in what is now Co Waterford. population which migrated into the region at an uncertain period.

It has been argued that Munchin’s appearance in Limerick is actually due to his adoption by the later Norse there.

In fact, no successors of Munchin as Bishop of Limerick are known before the 12th century, and his existence cannot be verified before then. The church may have been a Viking foundation. The first recorded Bishop of Limerick is Gilli, also known as Gilla Espaic, of Gilbert. He was consecrated ca 1106, probably by Anselm of Canterbury at Rouen. He was the Papal Legate at the Synod of Rathbreasail in 1111, when the Diocese of Limerick was recognised as one of the 24 dioceses in Ireland. He resigned in 1140, and died in 1145. 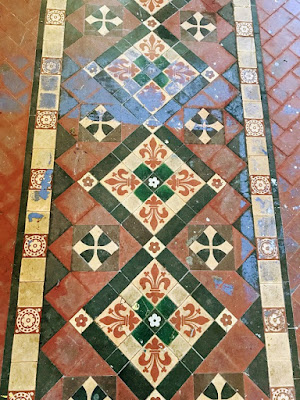 According to some traditions, Saint Munchin’s Church was burned by the Danes. A later, single-cell mediaeval church stood on the site for centuries.

The latest church on this site was designed in the Gothic style by the brothers George Richard Pain and James Pain (1779-1877). The Pain brothers collaborated on many works and were commissioned by the Board of First Fruits to design churches and glebehouses in Ireland. In 1833, James Pain was appointed one of the four principal architects of the Board of Ecclesiastical Commissioners. He lived in Limerick for much of his life. 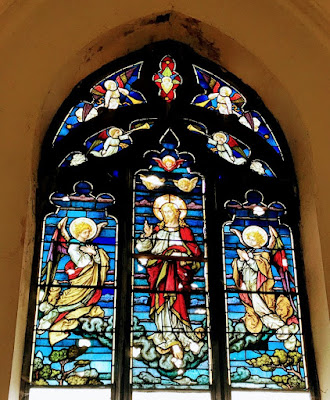 The Ascension … a surviving part of the East Window in Saint Munchin’s Church (Photograph: Patrick Comerford, 2017)

The church is primarily built with limestone and it follows a Perpendicular Gothic style. Saint Munchin’s is a well-proportioned Board of the First Fruits Church. It is a four-bay church, with a square-plan tower to the west elevation, and an entrance porch at the north-east corner. There is an artificial slate roof to the church and a pitched slate roof to the porch. The four pinnacles at the top of the tower provide this church a distinguished aspect.

Until the 19th century, the church still had an episcopal throne, reflecting or feeding the legends that this was the site of the first cathedral in Limerick.

The graveyard has been in use for hundreds of years and there are many grave markers and table-tombs from the 18th and 19th centuries. There is a special plaque to commemorate three Norwegian children buried there in the 19th century. They had been passengers on an emigrant ship that had stopped in Limerick for repairs. The significant architectural quality of the many mausoleums in the churchyard and their good condition add to the interest of this site.

The church was deconsecrated in 1968, at a time when many Church of Ireland churches were being closed and dioceses were being amalgamated. Saint Munchin’s had fallen into disrepair over two decades when it was renovated by the Limerick Civic Trust in 1988-1989.

The church was used for a period by the Island Theatre Company until 2008, and later the University of Limerick architecture school held occasional exhibitions of students work here.

Major renovation work continues in the church and the churchyard. More recently, the towers of the church have been used by beekeepers to house beehives and help pollinate the city’s flowers and trees.

The church stands on an outcrop overlooking the Shannon River to the west and Villiers Almshouses to the north. It is enclosed by rubble limestone walls with square-plan piers and wrought-iron gates. 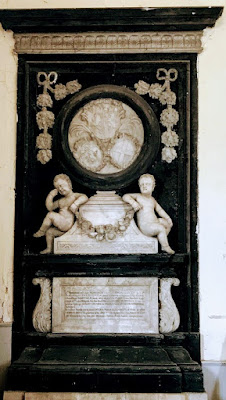 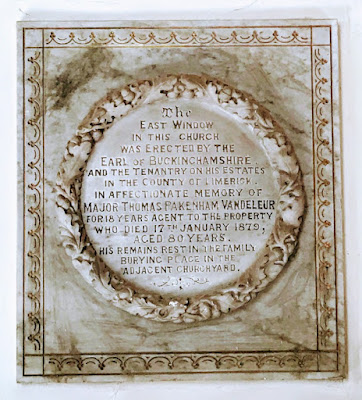 I’m working my way through the churches of Limerick city and county, John, and Saint Michael’s is on my list


Thank you Patrick, I look forward to that. I was christened there in 1947. As a child I remember a busy parish with a national school and gentlemen of the choir processing into morning service !

Thank you, Mr. Comerford. I wanted to know about St. Munchin, and now I do.

Thank you for the clarity in presenting St Munchins. Is there a list of graves to be found anywhere? I believe my grandfather is interred there. Bob Earlie

Thanks for your research. Is there a list of graves at St Munchins? I believe my grandfather is interred there.