Singing a version of
‘Silent Night’ that has
interesting Irish links 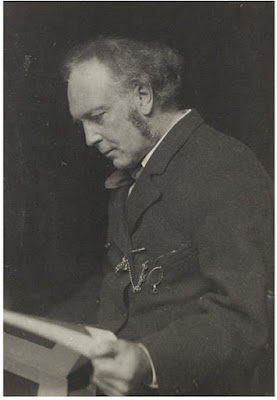 Over the past few days, I have written about the popular carol ‘Silent Night’ [see here and here, its author Father Joseph Mohr, and its translator, Bishop John Freeman Young. This ever-popular carol, as written by Joseph Mohr, was first sung in German in Mohr’s church in an Austrian village 200 years ago, on Christmas Eve 1818.

But yesterday, at the school assembly in Rathkeale, we sang another, once popular translation of Stille Nacht by the Irish poet and one-time Anglican priest, the Revd Stopford Augustus Brooke (1832-1916).

Stopford Brooke was educated at Trinity College Dublin (BA 1856, MA 1862), where he won the Downes Prize and the Vice Chancellor’s Prize for English verse. He was ordained in the Church of England in 1857, and his first appointments were in London as curate of Saint Matthew’s, Marylebone (1857-1859), and Kensington (1860-1863). He then became Chaplain to the British Embassy in Berlin (1863-1865) and chaplain to Queen Victoria’s daughter, Princess Victoria, wife of the Emperor Frederick III and mother of Kaiser Wilhelm II.

With his brother Edward he made long tours of Donegal and Sligo in 1869, and spent much time at Kells, Co Meath, studying Irish antiquities. By then, he was the minister at Saint James’s Chapel (1866-1875), an Anglican proprietary chapel in York Street, later Duke of York Street, London, where he attracted ‘a large and fashionable congregation.’

In February 1867, Brooke wrote, ‘These Tories haunt me. They take pews, they write me letters, they put their daughters under me, and all my radicalism goes down their thrapple without a wry face.’ Here in 1872, Brooke preached a course of sermons on ‘Theology in the English Poets.’

While he was there, despite his radical political and theological views, Brooke was appointed a Chaplain in Ordinary to Queen Victoria in 1872.

After the chapel closed in 1875, Brooke took services and preached at the Bedford Chapel in Bloomsbury, where he continued to attract large congregations. In 1875, he became chaplain in ordinary to Queen Victoria. But in 1880, he seceded from the Church, saying he could no longer able to accept the doctrines and teachings of the Church of England. He continued as an independent preacher for some years at the Bedford Chapel, until it was demolished by the Bedford Estate in 1896.

From then on, Brooke had no church of his own, but his eloquence and powerful personality continued to have an impact on a wide circle.

Brooke had a keen interest in literature and art and was known as a critic. In 1890-1891, he took a leading role in raising the funds to buy Dove Cottage, once William Wordsworth’s home in Grasmere. Dove Cottage is now run by the Wordsworth Trust.

Brooke delivered the inaugural lecture at the Irish Literary Society in London in 1893 on ‘The Need and Use of Getting Irish Literature into the English Tongue.’ In his lecture, he argued that an Irish national poetry would ‘become not only Irish, but also alive to the interests and passions of universal humanity.’

Brooke married Emma Wentworth-Beaumont (1830-1874) in 1858, and they were the parents of six daughters and two sons. Their eldest daughter was the social reformer Honor Brooke. Their sons included the Revd Stopford Brooke (1859-1938), a Unitarian minister and Liberal MP for Bow and Bromley (1906-1910). Another daughter, Maud, married the Irish writer TW Rolleston (1857-1920), from Shinrone, Co Offaly; Brooke and Rolleston edited A Treasury of Irish Poetry in the English Tongue (1900).

Brooke was strongly influenced by John Ruskin, who introduced him to the art of Florence and Venice, and he agreed with many of Ruskin’s social theories. Brooke’s letters also point to his friendships in the literary and artistic circles of his day, including Alfred Lord Tennyson, Edward Burne-Jones, William Morris, James Martineau and Matthew Arnold, and the Belfast-born statesman James Bryce.

Brooke’s father died at Herbert Street, Dublin, in 1882. Brooke was a brother-in-law of Thomas Welland, Bishop of Down and Connor (1892-1907), and also an elder cousin of the Irish historian and nationalist Senator Alice Stopford Green (1847-1929).

He died on 18 March 1916, and was buried at Saint John-at-Hampstead Churchyard in Hampstead, London.

On leaving the Church of England, Brooke published for the use of his congregation Christian Hymns, a collection of 269 hymns. This includes his ‘Still the night, holy the night,’ Christmas Carol No 55 in three stanzas of eight lines, a translation from the German carol by Joseph Mohr. This translation, which we sang yesterday, was included in two earlier editions of the Church Hymnal of the Church of Ireland.

Still the night, holy the night by Stopford Augustus Brooke: 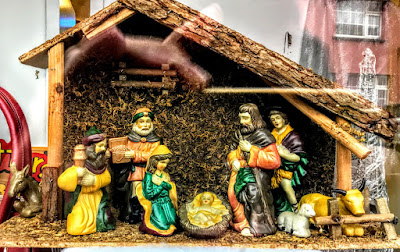