More tea vicar? A day of
‘Anglican culture’ at
the Rectory in Askeaton 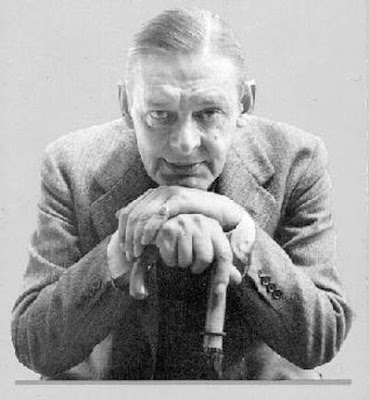 TS Eliot … is there an Anglican culture? And is there more to it than poetry and another cup of tea?

Is there something unique about ‘Anglican culture’?

When it comes to television sit-coms, we all know what is meant in a scene characterised by the question: ‘More tea vicar?’ It is a question that has lost known of its Anglican relevance, despite its hijacking by Mrs Doyle in the Father Ted sketches.

But, from the Barchester Chronicles to the novels of Catherine Fox, and the insights found in the poetry of TS Eliot and John Betjeman, there has been a unique contribution to culture on this islands that is inseparable from Anglican identity.

It ranges from the music of Taverner, Tallis and Marbeck and phrases in the Book of Common Prayer and the King James Bible that have passed into everyday language.

Nor is it just an English experience: TS Eliot had family connections in Dun Laoghaire, John Betjeman worked for many years in Dublin, and the Anglicans among great Irish cultural figures include Jonathan Swift, Sean O’Casey, George Bernard Shaw, WB Yeats and Samuel Beckett.

In May, the training day and workshops for clergy and readers take place in Askeaton Rectory on Monday 13 May. This day offers an opportunity to explore and enjoy ‘Anglican culture’ – and to ask whether it has more to offer than another gin and tonic … or more tea, vicar?

The day begins with tea (and coffee) in the Rectory in Askeaton, at 11 a.m., and a shorter, evening version is offered for those with day-time working commitments, starting at 7 p.m.

This half-page news report is published in the May 2019 edition of ‘Newslink’ the magazine of the Church of Ireland United Dioceses of Limerick, Killaloe and Ardfert (p 9)