Where are refugees and
migrants to hear the ‘Prophetic
Voice of the Church’ today? 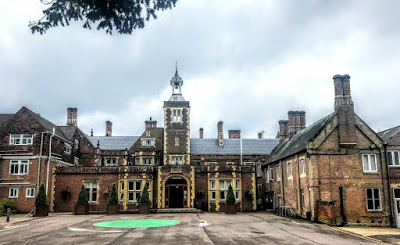 Where is the Prophetic Voice of the Church to be heard today? This question keeps being asked at this year’s three-day conference of the Anglican mission agency, USPG (United Society Partners in the Gospel).

The conference is taking place at the High Leigh Conference Centre at Hoddesdon in Hertfordshire, and the conference theme is ‘The Prophetic Voice of the Church.’

Today’s programme has taken the form of a stand-alone event that supporters could take part today in a one-day conference.

The world of mission has shifted from a one-way process to partnership, we were told this morning by the Right Revd Dickson Chilongani, Bishop of Central Tanganyika in Tanzania.

‘The Church in Africa is the Church of the Poor,’ he said, ‘… but the Church in the West has much to learn from us.’ He spoke movingly about suffering and trusting in God. We are not merely human beings but ‘human becomings.’

Bishop Dickson said to be prophetic is to speak on God’s behalf. He reminded us that the majority of prophets in the Old Testament were not priests but lay people, ordinary people, like Amos the farmer who was a shepherd and who was looking after sycamore trees.

These prophets told the truth about power and society, spoke on behalf of the poor and the oppressed, and predicted the consequences of the events of their day, pointing to the choice between impending judgment and redemption.

For the Prophetic Voice of the Church to be heard today, lay participation is crucial.

We also heard three very different perspectives from three priests working on the margins with refugees and migrants.

The Biblical background for our discussion with a ‘migration panel’ was provided by the Revd Dr Evie Vernon O’Brien, who read two relevant Bible passages:

‘A wandering Aramean was my ancestor; he went down into Egypt and lived there as an alien, few in number, and there he became a great nation, mighty and populous. When the Egyptians treated us harshly and afflicted us, by imposing hard labour on us, we cried to the Lord, the God of our ancestors; the Lord heard our voice and saw our affliction, our toil, and our oppression.’ (Deuteronomy 26: 5-7)

The speakers and guests were drawn from West Africa, North Africa, and Europe:

● the Revd Canon St Obed Arist Kojo Baiden of the Anglican Diocese of The Gambia;

Many of the people they work with are strong young men and women, most have children. Today, there are about 550 displaced people living in Calais, more up the coast in Dunkirk. When the Jungle disbanded, just means more dispersed, more needs, and difficult to defend their human rights.

Canon St Obed Arist Kojo Baiden asked what is the difference between refugees and migrants. There is a fine difference, he said, but added: ‘All of us are migrants, for all of us are on the move.’

Father Dennis told us, ‘One life that is lost the whole world cannot replace.’

This afternoon we hear snippets and stories from people who have returned from ‘Journey with Us’ programmes in Tanzania, St Vincent and elsewhere. We also heard from the Right Revd Calvert Leopold Friday, Bishop of the Windward Islands in the Church of the Province of the West Indies.

Later in the afternoon, there was a choice from five workshops:

● Going back, going forward, what is home? (with a Migration Panel);

● Engaging Church and Community in Global Mission (with Davidson Solanki and Fran Mate);

● The Prophetic Voice in the UK and Ireland (with the Revd Duncan Dormor and the Revd Evie Vernon O’Brien).

● Journey with Us (with Habib Nader).

Before the end of the day, there is a meeting of the USPG Council this evening, closing with night prayer.

The final day of the conference tomorrow (26 June 2019) begins again with a Bible study led by the Very Revd Gloria Mapangdol from the Philippines, and morning discussions on Speaking Truth to Power, led by Cathrine Fungai Ngangira from Zimbabwe, a second year ordinand at Cranmer Hall, Durham University, and on the 2020 Lambeth Conference, led by Canon Richard Bartlett.

The celebrant at our closing Eucharist tomorrow is Bishop Calvert Leopold Friday from the Windward Islands, and the preacher is Bishop Ellinah Wamukoya of Swaziland, who has visited the Diocese of Killaloe many times. 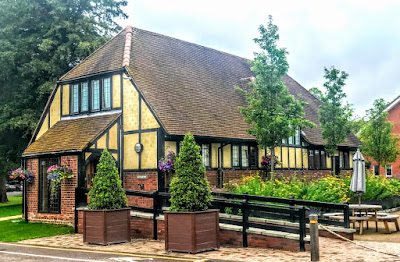 In the grounds of the High Leigh Conference Centre in Hoddesdon today (Photograph: Patrick Comerford, 2019)