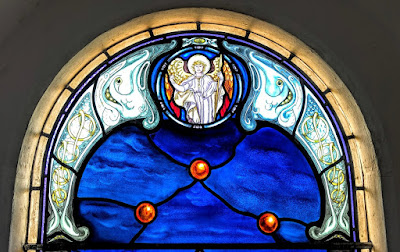 The name Michael (Hebrew: מִיכָאֵל‎, Mîkhā'ēl; Greek: Μιχαήλ, Mikhaíl) means ‘who is like El (God)?’ It is meant to be a question: ‘Who is like the Lord God?’

The name was said to have been the war-cry of the angels in the battle fought in heaven against Satan and his followers.

As we went picking blackberries around Ballysteen in recent days, I was reminded how, as children in West Waterford, we were told that Michaelmas Day is the last day for picking blackberries. It is a superstition shared across the islands, from Achill to Lichfield, from Wexford to Essex and Cambridge.

This is a day to allow the mind to wander back to childhood memories, and a time for contemplation and unstructured prayers, giving thanks for the beauty of creation. It is a day to think about and to give thanks for beginnings and endings, for starting and finishing, for openings and closings, for memories and even for forgetfulness.

In the Epistle of Saint Jude (verse 9), Michael contends with the Devil over the body of Moses, a story also found in the Midrash. In the Book of Revelation (Revelation 12: 7-12), we read of the war that ‘broke out in heaven’ between Michael and his angels and the dragon.

In the early Church, Saint Michael is associated with the care of the sick, an angelic healer and heavenly physician associated with medicinal springs, streams and rivers.

In the Middle Ages, he became the patron of warriors, and later the patron of police officers, soldiers, paratroopers, mariners, paramedics, grocers, the Ukraine, the German people, of many cities, including Brussels, Coventry and Kiev. It was only later that he became identified with Marks and Spencer.

Saint Michael was popular in the early Irish monastic tradition, and legends in Co Kerry – as I found out during my travels this summer – associate him with Skellig Michael and with guarding Saint Brendan during his sea voyages.

In a world that is increasingly filled with hatred and injustice, in a world witnessing the rise of political populism and right-wing racism, we are called once again to follow Saint Michael’s example, to took stock, even to take the opportunity to believe that things can be ‘on earth as it is in heaven.’ 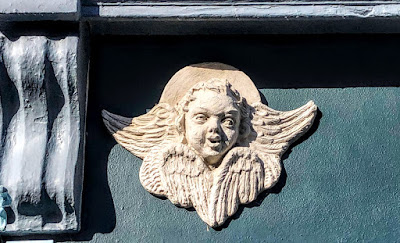 ‘You will see heaven opened and the angels of God ascending and descending’ (John 1: 51) … an angel in stucco work on shop façade in Sneem, Co Kerry (Photograph: Patrick Comerford, 2020)

An image of Saint Michael vanquishing the devil in stained-glass window in a church in Clonmel, Co Tipperary (Photograph: Patrick Comerford, 2020) 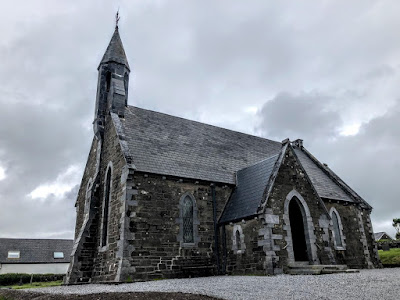 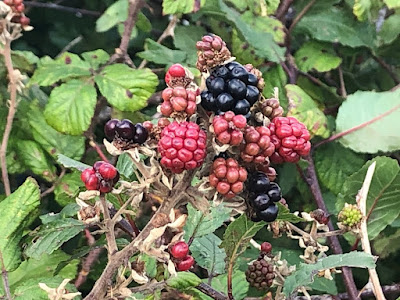