‘Lead me in the way of righteousness,
that I may hurt no one’ 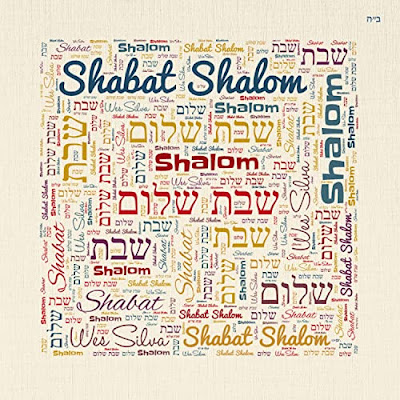 The appalling and frightening scenes on Capitol Hill and in Washington on Wednesday night detracted not only from the confirmation of the election of Joe Biden and Kamala Harris, but, in many media, overshadowed the election in Georgia the same day to the Senate of Jon Ossoff and Raphael Warnock.

‘I was bar mitzvahed at The Temple, which is a Reform synagogue,’ he said in an interview with the Jewish Telegraphic Agency. ‘My Jewish upbringing imbued me with certain values, a commitment to justice and peace.’

One of the many shocking revelations from Wednesday’s violence is a video from a rally outside the Capitol showing Representative Mary Miller (Republican, Illinois) telling the crowd that ‘Hitler was right on one thing. He said, ‘Whoever has the youth has the future’.’

The President of the World Jewish Congress, Ronald S Lauder, responded: ‘It is simply outrageous and obscene for anyone to hold out Hitler, who perpetrated the greatest genocide in history, as a role model for any reason. One might expect this from white supremacists or neo-Nazis, but hearing the words ‘Hitler was right’ from the mouth of a member of the United States Congress is beyond acceptable behaviour by any standards.’

The Anti-Defamation League was unequivocal in blaming Donald Trump for Wednesday’s events. ‘The violence at the US Capitol is the result of disinformation from our highest office,’ it said. ‘Extremists are among the rioters in DC supporting President Trump’s reckless rhetoric on America’s democratic institutions.’

The Reform Movement’s Religious Action Centre said: ‘The fact that [Wednesday’s] events were encouraged by the President of the United States who has refused to accept his electoral loss is equally terrifying and heart-breaking.’

The Jewish Council for Public Affairs, the umbrella body for Jewish public policy bodies in the US, also named Trump. ‘This was a direct assault on our democratic process, and nothing less than an attempt to disrupt the peaceful transition of power in a presidential election and an act of sedition,’ it said. ‘We urge in the strongest possible terms that President Trump and others immediately cease incendiary rhetoric and restore order.’

As I reflect on this week’s ‘terrifying and heart-breaking’ events and turn to my prayers for Friday evening, I have come across reflections on righteousness in Service of the Heart (1967), the Siddur or prayerbook edited by Rabbi John D Rayner and Rabbi Chaim Stern for the Union of Liberal and Progressive Synagogues.

These reflections include this poetic adaptation of lines in the Book of Proverbs:

Seven things are an abomination unto the Lord:
haughty eyes, a lying tongue,
and hands that shed innocent blood;
a mind that makes wicked plans,
feet that are quick to run to evil,
a false witness to utter lies,
and he who sows discard among brothers.

On the following page is a prayer adapted from the Liberal Jewish Prayer Book (1937), based on a meditation that traditionally follows the Tefillah, composed by the Babylonian rabbi, Mar bar Raibina ca 400 CE:

O my God, guard my tongue from evil and my lips from speaking evil. Purify my heart that there be in it no malice, but a prayer for all men’s good. Lead me in the way of righteousness, that I may hurt no one; and help me to bring the blessings of love to others. Open my heart to do your will. Strengthen my desire to obey your commandments. May my thoughts and my prayers be acceptable to you, O Lord, my Rock and my Redeemer.