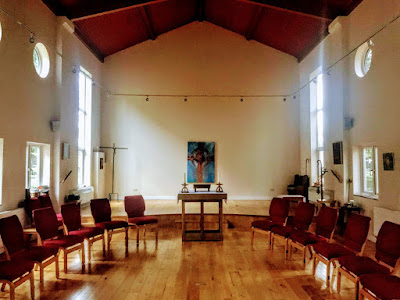 Inside the chapel at Saint Columba’s House in Woking (Photograph: Patrick Comerford)

We have come to the end of ‘in-between week’ after Ascension Day and tomorow is the Day of Pentecost. My photographs this week are from places I associate with the life of USPG. Earlier in this series, I introduced the Chapel in the USPG offices in Southwark and its stained glass windows (20 March 2021).

This morning (22 May 2021), my photographs are from two retreat houses: the Kairos Centre in south-west London, close to the campuses of Roehampton University and overlooking Richmond Park, where USPG trustees held a residential meeting in November 2018; Saint Columba’s House on Maybury Hill in Woking, where we met in November 2019.

Previous venues for residential meetings have included Westcott House in Cambridge and the Royal Foundation of Saint Katharine in Limehouse.

The Kairos Centre, where we met in 2018, is a retreat and conference centre in an urban oasis in south-west London, standing in acres of landscaped gardens close to the campuses of Roehampton University and overlooking Richmond Park.

The Kairos Centre is at 12 Roehampton Court, later known as Maryfield Convent, was built in 1913/1914 to a Georgian design. The architect was Frank Chesterton, who also designed part of Hampton Court and Ibstock School. The house was by the Poor Servants of The Mother of God in 1927 as a novitiate.

During World War II, Digby Stuart College nearby was hit by a bomb and a Jesuit novice was killed in an air raid in 1941. The novitiate was moved from Maryfield to Corston near Bath. Maryfield was hit by a basket of bombs in 1944, but the novices returned in 1945.

From 1974 to 1995, The Novitiate was relocated to the top floor of the convent and the remainder of the house became a residential home for women with learning disabilities.

Part of the New Wing was refurbished in 1995 and became the present Retreat and Conference Centre known as the Kairos Centre. Meanwhile, the Generalate continues to have offices in the main building.

The Chapel at the Kairos Centre was blessed and opened on the Feast of the Annunciation, 25 March 1939. Much of the building work of this chapel was helped by the generosity of Miss Agnes Foley. The Altar was made by Rock of Dublin, Gunnings of Dublin supplied the sanctuary lamp and candlesticks, and a marble plaque depicting the Annunciation came from Italy.

The stained-glass windows above the High Altar were the gift of a benefactor of Corston Convent. The words underneath these stained-glass windows declare in Latin: ‘For God so loved the world that he gave his only Son, so that everyone who believes in him may not perish but may have eternal life’ (see John 3: 16).

After Vatican II, the High Altar in the chapel was moved to a new position in the Sanctuary to face the people. Every bit of the old altar was carefully taken apart and placed again in a new design in work carried out by Gunnings of Dublin in October 1968.

Saint Columba’s House on Maybury Hill in Woking, where me met in 2019, is a refurbished retreat and conference centre a mile from the centre of Woking and just 30 minutes by train from the heart London.

The Sisterhood of Saint Peter was founded as a new Anglican religious community on 25 June 1861 through the active support of Benjamin Lancaster, a London businessman. Susan Oldfield was appointed the first Reverend Mother for the Sisterhood, and the community became actively engaged in health and care provision.

At first, the community was based in Brompton Square in London. The sisters moved to Kilburn in North London a few years later in 1869. Saint Peter’s Home, Woking, was built in 1883. It became the Mother house of the Community during World War II when bombs destroyed the Kilburn Convent.

Over the decades the Woking complex had a convent, a hospital, a home for the elderly, a guest house, a home for adults with learning difficulties and a retreat house. I was invited to preach in the chapel when we met as USPG trustees in 2019.

A new community was established by the sisters in Seoul in Korea in 1925 by an Irish-born nun who spent much of her childhood in Limerick.

Mother Mary Clare (1883-1950), who was born Clare Emma Whitty, spent much of her childhood at No 11 The Crescent, Limerick, on the corner of Barrington Street. She joined the Community of Saint Peter in 1912 and spent much of her life in Korea.

On the outbreak of the Korean War, she turned down an offer from the British embassy to evacuate from Seoul, deciding to stay with her congregation. When the North Korean forces retreated from Seoul Mother Mary Clare and other foreign civilian prisoners were marched forcibly to the northern part of North Korea.

On the last part of this ‘Death March,’ Mother Mary Clare died on 6 November 1950 and she was buried in a shallow grave near the Chosin Reservoir in North Korea by five French-speaking Roman Catholic sisters. They used an improvised bier to bring her to the top of a neighbouring hill, close to the camp, where they dug her grave. 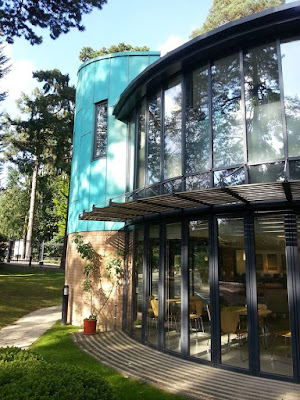 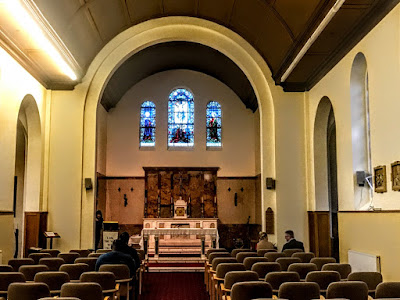 Inside the chapel at the Kairos Centre in Roehampton (Photograph: Patrick Comerford)

The Prayer in the USPG Prayer Diary today (22 May 2021, International Day for Biological Diversity) invites us to pray:

Let us also give thanks for the great diversity of species that inhabit our planet. Bless our efforts to preserve God’s creation. 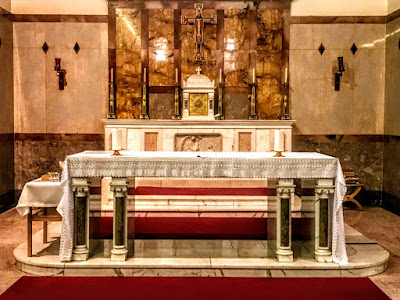 The High Altar in the chapel at the Kairos Centre is the work of Gunnings of Dublin (Photograph: Patrick Comerford) 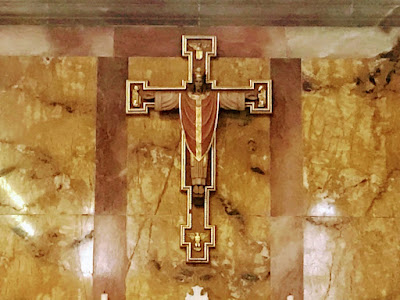 The Crucifix and alabaster panelling at the back of the altar and around the Sanctuary in the Kairos Centre (Photograph: Patrick Comerford)