With the Saints through Christmas (5):
30 December 2021, Josephine Butler 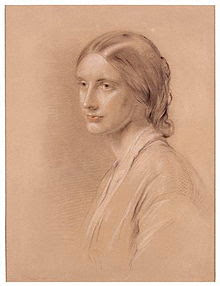 Josephine Butler … ‘God and one woman make a majority’

Josephine Butler (1828-1906) was active campaigner against the way Victorian society and legislation treated prostitutes, most of whom were forced into their lifestyle activity through desperate poverty.

Josephine Butler was born on 13 April 1828 at Milfield House, Milfield, Northumberland, and was baptised on 30 May in Northumberland. She was the seventh child of John Grey (1785–1868) and Hannah Eliza Annett 1792-1860). Her father, John Grey, was an eminent agricultural expert, and the cousin of the reformist Prime Minister, Charles Grey, 2nd Earl Grey. John Grey was campaigned for the abolition of slavery and played a significant role in Catholic emancipation. He lost most of his savings in 1857 with the failure of the Newcastle Bank.

In 1852, Josephine married the Revd George Butler (1819-1890), who encouraged her in her public work. From her 20s on, Josephine was active in feminist movements, and the Butlers had strong radical sympathies, including support for the Union in the American Civil War.

Josephine and George Butler had four children. In 1863, while they were living in Cheltenham, where George was the vice-principal of Cheltenham College, their only daughter, Evangeline, died at the age of six.

In 1866, the family moved to Liverpool when George was appointed headmaster of Liverpool College. There Josephine decided to seek solace by ministering to people with greater pain than her own. She became involved in the campaign for higher education for women, and with Anne Jemima Clough, later principal of Newnham College, Cambridge, she helped to establish the North of England Council for Promoting the Higher Education of Women.

Against the advice of her friends and family, she began visiting Brownlow Hill workhouse in Liverpool, which led to her first involvement with prostitutes. She saw the women as being exploited victims of male oppression, and attacked the double standard of sexual morality.

Her campaign took on an international dimension when she travelled through Europe in 1874-1875 addressing meetings. Her campaign succeeded with the repeal of the Contagious Diseases Act in 1883. In 1885, she became involved in a successful campaign against child prostitution.

She was a devout Anglican and a woman of prayer, and once said: ‘God and one woman make a majority.’ She modelled her spirituality on that of Saint Catherine of Siena, and wrote a biography of the Dominican saint.

When George Butler retired from Liverpool College, he became a Canon of Winchester Cathedral. He died on 14 March 1890. Josephine continued her campaigns until the early 1900s. She died on 30 December 1906.

She is depicted in windows in the Anglican Cathedral, Liverpool, and Saint Olave’s Church, London.

Many of her papers are in the Women’s Library in London Metropolitan University and in the Josephine Butler Museum, Southend-On-Sea. Durham University honoured her in 2005 by giving her name Josephine Butler College. A building in the Faculty of Business and Law in Liverpool John Moores University is named Josephine Butler House. Her former home in Cheltenham was demolished in the 1970s.

The Prayer in the USPG Prayer Diary today (30 December 2021) invites us to pray:

Lord, we pray for clergy around the world. We recognise the difficulties they have faced since the start of the Covid-19 pandemic and the love they have shown to their parishioners throughout this challenging time.