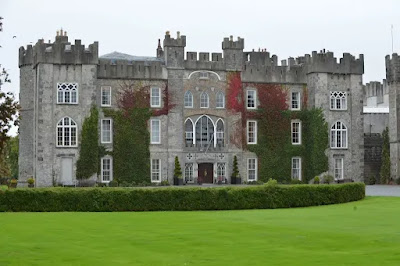 I am writing in the Wexford People and other newspapers in Co Wexford this week about Penny Mordaunt and the Tory leadership hopeful’s deep family roots in Co Wexford.

But there is also an interesting – even if distant – link with James Joyce too.

Esther or Hester Mordaunt (ca1843-1881) of Clone married Francis Rath of Garrydaniel in Enniscorthy on 15 September 1869. She was a sister of Edward Mordaunt (ca1831-1917), the great-great-grandfather of Penny Mordaunt.

Esther and Patrick Rath emigrated to Argentina, where they farmed extensively. She died in 1881 and is buried in the Mordaunt family plot marked with a headstone erected by her husband, Francis, who by then was a wealthy sheep-farmer in San Pedro, Buenos Aires.

Patrick Rath was aged about eight when his mother died in Argentina and he was sent home to Ireland to be educated in Clongowes Wood College. He was the Paddy Rath, a fellow student at Clongowes Wood College, who is referred to twice by James Joyce in Portrait of the Artist as a Young Man, first published in 1916.

James Joyce was at school in Clongowes Wood from 1888 to 1891. Many of his contemporaries in Clogowes appear as characters in Portrait. They include ‘decent’ Fleming, Jack Lawton, ‘Nasty’ Roche, Wells who pushes Stephan Dedalus into a the ‘square ditch,’ Athy, Aubrey Mills, and Mike Flynn.

Other schoolboys in Clongowes at the time who are named by Joyce include Rody Kickham, Cecil Thunder, Simon Moonan, Hamilton Rowan, Dominic Kelly, Tusker Boyle, Jimmy Magee, Paddy Rath, Corrigan, Cantwell, Saurin and Anthony McSwiney. They serve as foils and sharp contrasts to Stephen Dedalus, representing the opposite of Stephen's artistic temperament and introspective behaviour. For the most part, they are either crude, disrespectful, or overtly physical.

Soon after he arrives at Clongowes, Stephen Dedalus, Joyce’s alter ego, is in the refectory when he observes: ‘Then the higher line fellows began to come down along the matting in the middle of the refectory, Paddy Rath and Jimmy Magee and the Spaniard who was allowed to smoke cigars and the little Portuguese who wore the woolly cap. And then the lower line tables and the tables of the third line. And every single fellow had a different way of walking.’

As he is on his way to receive corporal punishment, Stephen Dedalus wonders ‘What would happen? He heard the fellows of the higher line stand up at the top of the refectory and heard their steps as they came down the matting: Paddy Rath and Jimmy Magee and the Spaniard and the Portuguese and the fifth was big Corrigan who was going to be flogged by Mr Gleeson.’

After leaving school, Patrick M Rath wrote ‘Up Country in the Argentine’ for the school magazine, The Clongownian (Christmas, 1900, pp 14-17). Rath addresses his paper to ‘old Tullabeggars and Clongownians’ and describes the life on his ranch from a traditional perspective, with many colourful descriptions of the pampas and of work on a sheep-farm and depictions of gauchos similar to William Bulfin’s characters.

Paddy Rath was living on Northumberland Road in Dublin when he married Sarah Murtagh on 4 July 1906. She was the daughter of Francis Murtagh, a shopkeeper, of Elm Grove, Ranelagh. The witnesses are their wedding in Rathmines were Eileen Meehan and James M Magee, the ‘Jimmy Magee’ also referred to by James Joyce in Portrait of the Artist as a Young Man.

Paddy also played rugby for Bective Rangers. He and Sarah had no children. His funeral in 1936 was attended by the leader of the opposition and former Taoiseach, WT Cosgrave, and his wife Louisa (Flanagan), as well as members of the extended Mordaunt family.

They are further interesting insights into the family background of the Tory hopeful Penny Mordaunt who was also educated at a convent school. 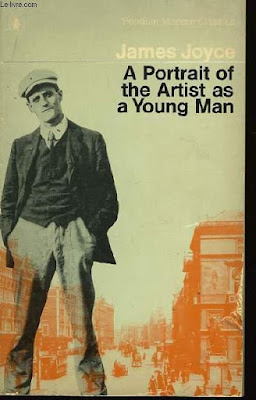 ‘Portrait of the Artist as a Young Man’ (1916) makes two references to Paddy Rath … he was a first cousin of Penny Mordaunt’s great-grandfather, Patrick Mordaunt

Fr how to contact you
I have sent you request on Facebook but can’t send you messages coz you haven’t accepted my request.

Sorry, you haven’t given your name. I get many friend requests and message requests but if you are not already a friend or a friend of a friend I may not have opened your messages