Comerford’s name is
not forgotten among
motorcycle enthusiasts 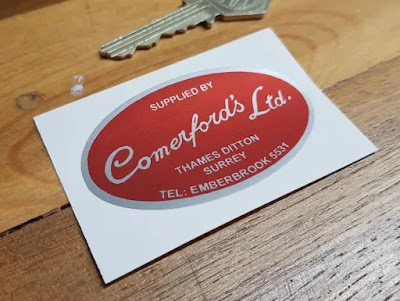 Comerford’s of Thames Ditton in Surrey had a reputation as one of the most respected car and motorcycle dealers in Britain until recently incorporated into CI Sport in Leatherhead. Comerfords Motorcycles dated back to 1930, and the motorcycles were produced and marketed by Comerford’s of Portsmouth Road, who were dealers of some standing.

During the early 1930s, a speedway machine appeared with a new frame designed by George Wallis and a new JAP speedway engine. The resulting debut was spectacular and success was so great that around 300 machines were built and sold, and known as the Comerford Wallis.

The design was revised in 1933 to lengthen the wheelbase, steepen the fork angle, allow the rear frame to flex and place the engine, countershaft and rear wheel in line when viewed from the side.

The machine went on to become the Comerford Special, then the Martin-Comerford or Martin-Rudge. This was fitted with a JAP engine and the name reflected the Rudge speedway form of the frame. After World War II, they built the Comerford Cub, a trials machine with a Triumph Cub engine. 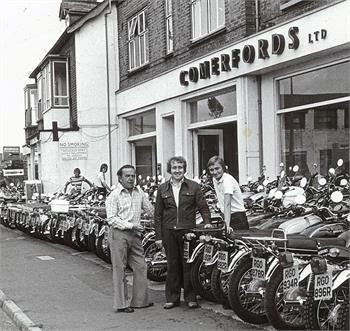 Comerfords premises on Portsmouth Road, Thames Ditton, at its height of fame

Comerford’s was subtly different from the other big-name London area dealers because of its focus on off-road competition machines. Comerfords was known internationally, and the US team headed to the workshop to prepare the ISDT bikes supplied by Triumph.

Things were changing in the trials world in the late 1960s. The era of the heavyweight AMC, Ariel, BSA and Norton machines was all but forgotten, and even the heyday of Greeves, Cotton, DOT et al was drawing to a close, with Villiers engines no longer available and the Spanish armada well under way.

Comerfords reportedly considered making trialers based on the BSA Bantam Bushman, but decided it would be uneconomic, and so it eventually succumbed to the continental onslaught and took over Bultaco importation from the Rickman brothers in the early 1970s. 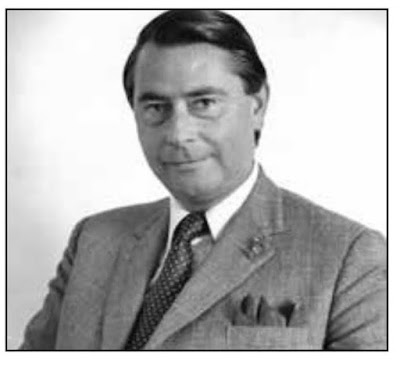 A key figure in the family business was John Patrick Comerford (1932-2014). He had a promising legal career ahead of him, but decided instead to joined his father in Thames Ditton, where he was instrumental in Comerfords forming a special and successful partnership with the Spanish marque Bultaco.

John Comerford was born in Walton-on-Thames in November 1932, but he spent much of his childhood in and around Bristol, where he attended Clifton College before completing his National Service with the Royal Artillery in Germany.

He read law at University College Oxford and enjoyed his time at Oxford immensely. He rowed and was an active participant in the University Players, appearing in a number of productions. After leaving Oxford he had a brief spell in advertising before applying to Gray’s Inn, where he was offered a place to study at the Bar, completing his qualifications as a barrister in nine months.

He never entered the legal profession, instead opting to join his father at Comerford’s Ltd in Thames Ditton. There he helped to cement the firm’s reputation as one of the most respected car and motorcycle dealers in the country. His legal training served him well, but he also held a traditional view on the importance of integrity in matters of business, believing wholeheartedly in the agreement of a deal with a handshake. 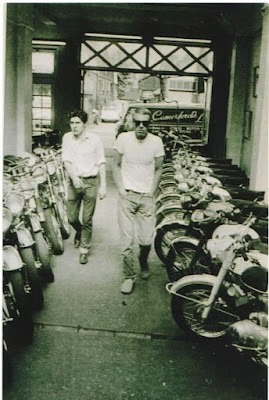 He was instrumental in Comerford’s forming a special and successful partnership with the Spanish marque Bultaco, acting for them as sole importers and UK concessionaires. The company also provided the technical and logistical support that helped Bultaco win numerous Trials and Motocross titles, including an unbroken run of seven years that saw them win every European, then the renamed World Trials Championships between 1973 and 1979.

John Comerford lived in Woking, Surrey, for most of his life, but was proud of his Irish roots and always regarded the Ireland as his spiritual home, keeping a house in Kilkenny that he loved to visit.

He always had a passion for theatre and the arts. In later years, he and his wife Pauline built up a very well regarded private collection of portrait miniatures that were exhibited in Ireland on a number of occasions. He enjoyed watching a good game of cricket, listening to choral music and visiting the RAC club in Pall Mall, where he was a lifelong member.

John Comerford died on 27 March 2014 aged 81, after a protracted illness. At the time of his death, he was living at Chestnut Farm, Ockham Lane, Ockham, Woking. He was survived by his wife Pauline and their son Patrick John Comerford.

Comerford’s was recently incorporated into CI Sport in Leatherhead, but the Comerford’s name and branding are still remembered by enthusiasts. 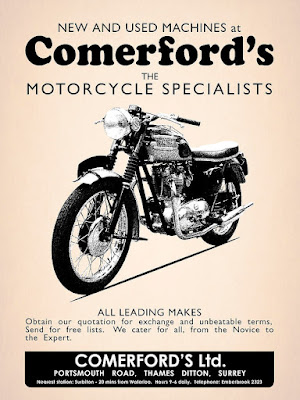 The Comerford’s name and branding are still remembered by enthusiasts