Mother Mary Clare Whitty:
Sign of the Cross in Korea 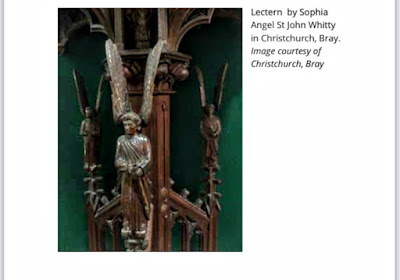 Mother Mary Clare Whitty (1883-1950) was a tewntieth-century Anglican nun and martyr who spent her childhood in Limerick. The daughter a doctor who practised in the Crescent, she was a cousin of Catherine O’Brien, the stained-glass artist. She died during a so-called ‘Death March’ in the closing days of the Korean War, and was buried in a lonely, shallow grave by French Catholic nuns, but her story is often untold, even within Church of Ireland and Anglican circles.

Mother Mary Clare was born Clare Emma Whitty in Fenloe, near Newmarket-on-Fergus, on 30 May 1883, during one of many family holidays in Co Clare. Her sister, Sophia Angel St John Whitty (1877-1924), was born in Dublin and was a celebrated artist and woodcarver. The family claimed descent from an old Co Wexford family that once lived in Ballyteigue Castle, near Kilmore. Their father, Dr Richard Whitty (1844-1897), was from Rathvilly, Co Carlow, where at least three members of the Whitty family were Church of Ireland priests. Another branch of the family included three Rectors of Kilrush, Co Clare. Through their mother, Jane Alicia (Hickman), the Whitty sisters were cousins of Catherine O’Brien (1881-1963), the stained-glass artist of An Túr Gloine studios; the Irish nationalist historian Alice Stopford-Green (1847-1929); and the controversial hymn-writer Stopford Brooke (1832-1916), who translated Still the Night, a version of Silent Night that has lost popularity. The Whitty sisters spent their early childhood in Whitechurch, near Rathfarnham, Co Dublin, but family holidays were spent in Co Clare. When they were still children, Dr Whitty qualified as a medical doctor, the family moved to Limerick, and for many years they lived at No 11 The Crescent, on the corner of Barrington Street. Clare Emma Whitty later studied art in Paris, where she became fluent in French, and then became a teacher in Birmingham, and worked as a church worker at Saint Alban’s in Birmingham, whose vicar, the Revd Alfred (Cecil) Cooper, later became the fourth Bishop of Korea. In 1912, she joined the Anglican Community of Saint Peter, then based in Kilburn, London, taking her vows in 1915 as Sr Mary Clare. Before the outbreak of World War I, her friend Mark Trollope (1862-1930) was appointed the third Anglican Bishop of Korea. As the Vicar of Saint Augustine’s in Kilburn, Trollope had known Sr Mary Clare, and he invited her to start a society of Korean sisters.

The First World War disrupted those plans, and when she eventually reached Korea in 1923 she began Korean language studies. With the help of Bishop Trollope, she founded the Society of the Holy Cross in Seoul in 1925, and was appointed novice mistress. Back in England for a time in 1928-29, she lived at the mother house of the Community of Saint Peter in Kilburn. She then returned to Seoul to take up her role as the first Mother Superior of the Sisters of the Holy Cross in 1929. In Korea, she earned a reputation as a botanist and she contributed papers to the journal of the Korean branch of the Royal Asiatic Socety.

During World War II, Mother Mary Clare was repatriated in 1941. She left England in 1946, and returned through Kure in Japan to Korea, arriving back in January 1947, describing herself as a teacheron the ship’s passenger list. On the outbreak of the Korean War, she turned down an offer from the British embassy to evacuate from Seoul, deciding to stay with her congregation. When the North Koreans captured Seoul in June 1950. she took refuge with other foreign civilians in the British Embassy. But, when the North Korean forces consolidated their occupation of Seoul, she was interned.

Following the success of the United Nations forces landing at Inchon, the North Korean forces retreated from Seoul. Mother Mary Clare and other foreign civilian prisoners, including many Christian missionaries, were marched into the northern part of North Korea. The last part of their ‘death march’ began on 30 October and involved a forced march of over 150 kilometres in early winter with little food or warm clothing. Mother Mary Clare died on 6 November 1950 near Chunggangjinon. The sixty-seven-year-old nun was buried in a shallow grave near the Chosin Reservoir in the north-west part of North Korea by five French-speaking Roman Catholic sisters. They used an improvised bier to bring her to the top of a neighbouring hill, close to the camp, where they dug her grave.

Ten months after the end of the Korean War, the Church Times published a short obituary notice in April 1954 that described Mother Mary Clare as a ‘devoted and courageous English Sister.’ But she was very much an Irish nun, with strong links in Limerick and Clare, one of at least eight Irish or Irish-American missionaries – the others were members of the Columban Fathers – to have died during the conflict. Sophia Angel St John Whitty (1877-1924), Mother Mary Clare’s sister, was an artist and woodcarver and an important figure in the Arts and Crafts movement. She designed carved walnut figures for Christ Church, Bray, including two angels and St Patrick. She died in 1924 and was buried in Powerscourt. Their mother, Jane Whitty, was living at Wayside, Enniskerry, Co Wicklow, when she died on 17 June 1931. Mother Mary Clare’s former community now runs Saint Columba’s House, a retreat house and conference centre in Woking, near London. There, one of the guest rooms remembers her with the name ‘Mary Clare.’ 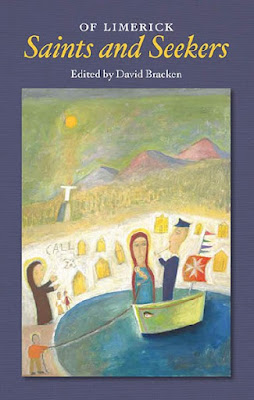