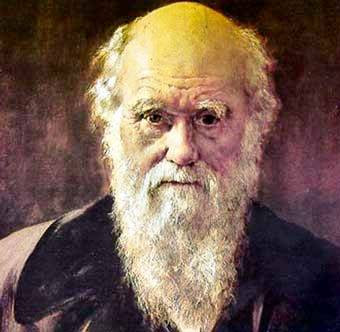 This year, celebrations and special events are taking place across the world to mark both the bicentenary of the birth of Charles Darwin, who was born on 12 February 1809, and to mark the 150th anniversary of the publication of his best-known most influential book, The Origin of the Species, in 1859.

Special coins and postage stamps have been issued, there has been a major celebration dinner in Christ’s College, his old college in Cambridge, there is a fascinating exhibition in Trinity College Dublin, and he is also being celebrated in Lichfield, the cathedral city where his grandfather, Dr Erasmus Darwin, had a practice and first developed concepts that influenced Charles Darwin’s ideas about evolution.

Already this year, I have been privileged to stay at Darwin’s college in Cambridge when I was invited to preach in the chapel of Christ’s College, and one of my favourite places to stay in Lichfield when I am on retreat there is a house in the Cathedral Close that looks onto the back of the Darwin family home (right) and over the herb garden that was planted by Dr Erasmus Darwin.

Darwin has been claimed by atheists, agnostics and Unitarians alike, and he has even been used in argument by those who try to claim the modern science does away with all religious and theological arguments.

Indeed, it has to be admitted that for decades the Church, in all its branches, was not very kind to Charles Darwin. And the force of that argument, and his own stated agnosticism means that many forget that while Darwin often kept his distance from the Church, his early hopes were to be ordained a priest in the Church of England, and throughout his life he had a steady, quiet respect for the Anglican faith of his childhood.

Although Darwin’s mother, Susanna (Wedgwood), came from a Unitarian background, Charles was baptised in Saint Chad’s Church of England parish church in Shrewsbury, and attended a school in Shrewsbury, where the headmaster was an Anglican priest, Canon Samuel Butler, who became Bishop of Lichfield in 1832.

After a disappointing start at studying medicine in Edinburgh, Darwin changed his plans and became an undergraduate at Cambridge, studying theology and math in preparation for hopeful ordination. As he said himself, “I liked the thought of being a country clergyman.”

In Christ’s College, I have dined beneath Darwin’s portrait, and in my room was a portrait of William Paley, the theologian who famously developed the concept of natural theology, presenting the argument from divine design in nature to explain adaptation as God acting through the laws of nature.

First Court in Christ’s College, Cambridge … Charles Darwin came as an undergraduate to study theology in the hope of being ordained a priest in the Church of England (Photograph: Patrick Comerford, 2008)

As an undergraduate at Christ’s College, Darwin read Paley with enthusiasm, and was particularly convinced by the arguments of the Revd John Bird Summer who, in his Evidences of Christianity, challenged those who were sceptical about Christ, the Gospels and Christianity. Darwin also loved spending time listening to the choir in the Chapel at nearby King’s College.

At Cambridge, virtually all of the college heads and most of the professors and fellows were ordained Anglican priests. The one don who had the greatest influence on Darwin as an undergraduate was his tutor in theology and math, the Revd John Henslow, a Church of England priest who was the Regius Professor of Biology.

Darwin virtually memorised Paley’s great theological works, and did particularly well in his final exam questions on those books, in which Paley argued that a rational proof for the existence of God could be found in the complexity and perfect adaptation to needs of living beings exquisitely fitted to their places in a happy world.

After graduating, Darwin joined the famous expedition on the Beagle, visiting the Galápagos Island, and showing his first interests in the ideas that he later developed in his books. On board the Beagle, he was firm defender of the Bible and of his Christian faith and morals, and his first published work was a joint essay with Captain Robert FitzRoy in the South African Christian Recorder, defending missionaries against critics who unfairly accused them of causing racial tension and profiteering.

When he returned to England, Darwin and his cousin Emma Wedgwood, a devout Anglican, were married in 1839 in Saint Peter’s parish church in Maer, Shropshire.

When they moved to the village of Downe, they were both intimately involved in the life of their local parish, were Charles formed a life-lasting friendship with the local vicar, the Revd John Brodie Innes, who wrote: “I never saw a word in his writings which was an attack on religion. He follows his own course as a naturalist and leaves Moses to take care of himself.”

Darwin’s faith was severely challenged by the tragic death of his ten-year-old daughter Annie in 1851. He stopped going to church, although his wife and children continued going. While Darwin lost his own faith in the Christian religion, he still supported the church and its activities, remained on the local school committee, and continued to contribute throughout his life to the work of the South American Missionary Society.

It is unfair to Darwin to say that he was ever anti-religious. But the publication of the Origin of the Species in 1859 drew regrettable responses from senior figures in the Church of England.

In a public debate in Oxford in 1860, the Bishop of Oxford, Samuel Wilberforce, argued against Darwin’s explanation, with singular lack of grace during the debate asked Thomas Huxley whether he was descended from monkeys on his grandfather’s side or his grandmother’s side. Huxley muttered: “The Lord has delivered him into my hands” and replied that he “would rather be descended from an ape than from a cultivated man who used his gifts of culture and eloquence in the service of prejudice and falsehood.”

On the other hand, Darwin received a welcoming review from the author of the Water Babies, the Revd Charles Kingsley, who a leading Christian socialist.

Later Darwin recalled that at the time of writing On the Origin of Species the conclusion was strong in his mind of the existence of God due to “the extreme difficulty or rather impossibility of conceiving this immense and wonderful universe … as the result of blind chance or necessity … I feel compelled to look to a First Cause having an intelligent mind in some degree analogous to that of man; and I deserve to be called a theist.”

He remained involved in parish activities until a row with a new vicar caused him to resign from all committees in 1874. He continued to take an interest in theology, responding to the sermons of the Oxford Tractarian, E.B. Pusey, and condemned those atheists who tried to recruit him to their cause for being “aggressive.”

When Darwin died on 19 April 1882, he was given a state funeral and buried in Westminster Abbey, where I recently found myself stepping across his gravestone on my way to Choral Evensong.

Claims that Darwin returned to Christianity on his deathbed have been disproved. But the 19th century Church was as unkind to Darwin as the Church in earlier days had been unfair to Galileo.

Good religion needs good science, and the Church of England now accepts that it misjudged its initial reactions to Darwin. Throughout the centuries, theologians have sought knowledge of the world and knowledge of God. For Thomas Aquinas there was no such thing as science versus religion. Both existed in the same sphere and to the same end, the glory of God. It is regrettable that we failed to understand this when Darwin’s faith was still alive.

Canon Patrick Comerford is Director of Spiritual Formation, the Church of Ireland Theological Institute. This essay is based on notes prepared for a radio interview on 6 May 2009.

Posted by Patrick Comerford at 20:13

When I was in college studying anthropology, I found Darwin's life an encouragement, that it was OK to question faith, and explore ways faith and science mess and conflict. That I came out of my exploration still a Christian, but embracing both faith and science, didn't diminish my admiration for Darwin and his personal faith struggles.

I now occasionally teach classes in churches to help other Christians understand they don't need to reject science or evolution to be faithful and believe in the Bible. I found many to be receptive and encouraged as I was. I hope blogs like yours also encourage people to re-examine Darwin and his contributions to both science and faith.