A Romantic Myth? Kilcronaghan’s link to ‘Zorba the Greek’

OVER the past three decades, as a regular visitor to Crete, I have enjoyed the cultural pride and independence that sets it apart from other Greek islands. Irish visitors identify easily with Crete’s individuality and hospitality. This is the island where Zeus was born, of the Minotaur and the Labyrinth, of the painter El Greco and the composer Mikis Theodorakis, an island of icon painters and romantic poets. And this is the island of Nikos Kazantzakis, Greece’s most celebrated modern writer, and his Alexis Zorba.

Manolis Chrysakis and his family in Iraklion and Piskopiano are proud of their kinship with Nikos Kazantzakis: they are descended from the sister-in-law of “Kapetan Mihailis,” the eponymous hero of the Kazantzakis novel based on his father’s adventures and published in English as Freedom and Death.

Kazantzakis was born in Iraklion, ancient Candia, on 3 March (new style, 18 February old style) 1883. His works include philosophical essays, travelogues, translations of Homer, Aeschylus and Dante, the epic poem Odyssey, and the novels that earned him acclaim the West, especially Zorba the Greek.

Detractors paint him as a nihilist or as a disciple of Buddha, Lenin or Nietzche. But his guiding lights were Christ and Francis of Assisi, portrayed in God’s Pauper, and he once spent 40 days on Mount Athos with the poet Angelos Sikelianos. Kazantzakis prefaced his autobiographical novel Report to Greco with a prayer: “Three kinds of souls, three kinds of prayers: 1, I am a bow in your hands, Lord, draw me lest I rot. 2, Do not overdraw me, Lord, I shall break. 3, Overdraw me, Lord, and who cares if I break!”

By one vote Kazantzakis lost the Nobel Prize for Literature to Albert Camus; he died a few days later on 26 October 1957.

Kostas Chrysakis treasured his photographs of his uncle’s funeral. They show men in traditional island costumes, like Dirk Bogarde in Ill Met by Moonlight, in a procession led by robed Orthodox priests. He was denied church ceremonies in Athens, but when his body was flown to Crete by Aristotle Onasis he lay in state in Saint Minos Cathedral in Iraklion, and a priest officiated at the burial, giving lie to the popular claim that Kazantzakis had died an excommunicate.

The grave of Nikos Kazantzakis, on the Venetian walls of Iraklion in Crete bears the simple epitaph “I hope for nothing, I fear for nothing, I am free”

In Report to Greco, Nikos Kazantzakis describes falling in love with “an Irish girl” in the summer of 1902. She had arrived in Iraklion four years earlier as an English-language teacher and they shared a love for music and poetry: "What joy when I began to saunter through English lyric poetry with this Irish girl! The language, its vowels and consonants, had become so many warbling birds."

One September day, the pair climbed Mount Psilorítis and Nikos told a village priest who offered them hospitality that she was “the daughter of a pastor on a distant verdant island.” As they talked, “the priest spoke of Christ, who he said was Orthodox and would never turn Protestant no matter what was done to him. And he wagered that if the girl’s father had been with us, he would have converted him to Orthodoxy in one night.”

The lovers climbed on up to greet the sunrise – and what a miracle stretched before them: “The entire island of Crete from one end to the other gleamed white, green and rose – fully naked – surrounded by her four seas. With her three high summits, the White Mountains, Psilorítis and Dhikti, Crete was a triple-masted schooner sailing in the foam.”

Nikos and his “Irish lass” separated the day before he left to study in Athens that September – he was 19 and she was 26. Later he sent her a little dog he loved, named Carmen.

However, the Irish teacher remained unnamed when he recounted their affair in Report to Greco. Kostas Chrysakis knew about her but had no clues to her identity. The writer’s widow Eleni was aware of all his previous lovers and met many of them, but she never knew the identity of this Irish woman. Many researchers thought she was a romantic myth perpetuated by the writer himself. However, Eleni’s goddaughter, Niki Stavrou of the Kazantzakis Foundation in Athens, was tenacious and persistent in researching the author’s life-story and eventually has identified this long-anonymous daughter of a pastor on a distant green island as Kathleen Forde, a rector’s daughter from Ireland. 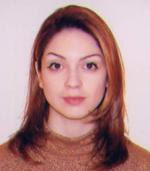 If Kostas Chrysakis could not identify this Irish love in his uncle’s life, then Niki Stavrou confessed that she too began her search doubting she would ever establish her identify.

In a lecture at Trinity College Dublin in 2003, she said: “She seemed to me like a character drawn out of an Irish fairy tale, or at least an imagined dream-lover made up by the wishful imagination of a young author.”

When Nikos Kazantzakis left Crete for Athens, it appeared to Niki that his young Irish teacher “disappears a short while afterwards without leaving behind her the slightest trail … It sounded too magical to happen to anyone, even to a charmed spirit, like Kazantzakis.”

However, Niki’s father, Patroklos Stavrou, the adopted son of Eleni Kazantzakis, came across notes that this mysterious romantic woman had sent to Kazantzakis and naming her as Kathleen Forde. As removed them tenderly from their protective wrapping, he said to his daughter: “If only we could find her! But that would require nothing less than a time-machine!”

At first, Niki’s internet searches proved fruitless. “I am sure you can imagine how many Kathleen Fordes I found in Ireland,” she said.

To make her quest more difficult, there were too many puzzling questions: How was a young clergyman’s daughter allowed to travel alone to an island only recently freed from Turkish occupation? Was she accompanied by her father? Niki suggested that Kathleen’s father might have gone to Crete with the British navy as a chaplain, taking Kathleen with him. But she still wondered where Kathleen’s father was while she was falling in love with Nikos, and what happened to her afterwards?

Kathleen Forde had totally vanished, but where had she disappeared to?

Then Niki received an unexpected email from western Canada from Cathy Scaife, the great-granddaughter of Lewis Ogilby Forde, brother of a Kathleen Forde who was born in Ireland in 1876 and whose father was a clergyman.

It appears Kathleen Forde left Crete soon after that summer, haunted by the clouds of a deep secret she would reveal to no-one in her family. Eventually, she followed three of her brothers – Stewart, Lewis and Hugh – to Canada, before settling in California around 1928.

Kathleen may have found happiness in marriage, first to a Mr Petit and then to August Eberhardt, for in an old family recipe box Cathy found a recipe written by her great-grandaunt Kathleen and a little note with Kathleen’s Christmas and New Year wishes to her brother Lewis “Og” Forde and his wife Dorothy: “I find being married has done so much in settling me down and making me stick to things. I’m sure you two find the same. I feel certain it has made a new man of Og, thanks your pluck, Dorothy dear.”

Comparing the handwriting with the notes found by Patroklos Stavrou, Greek police graphologists were able to confirm the handwriting was the same as that of Kathleen Forde who had once fallen in love with Nikos Kazantzakis.

Did Kathleen ever recover from her tempestuous affair with Nikos? “I can only imagine a young woman with a broken heart, having to hear people talk about him everywhere she went,” says Niki Stavrou.

Kathleen never spoke to the rest of her family of her affair and died in a psychiatric hospital in Santa Cruz on 8 October 1963. “Life can often outshine fiction in the most beautiful and tragic way,” says Niki. But she adds: “My search for who Kathleen Forde really was continues.”

With advice from Niki and Cathy, and helpful hints from Stuart O Seanoir from Trinity College Dublin, I returned to the search for Kathleen’s family, and learned that Kathleen Forde was born on 1 February 1876 in Kilcronaghan Rectory, Tobermore, Co Derry, the eldest daughter of the rector, the Revd Hugh Forde (1847-1929).

Hugh Forde, was born in Derry and educated at Dungannon Royal School and Trinity College Dublin, and was a clergyman in the Diocese of Derry from 1870 to 1919. He was Curate of Macosquin and then of Maghera, and later Rector of Kilcronaghan, Ballinascreen and Tamlaghtfinlagan (Ballykelly), and a Canon of Saint Columb’s Cathedral, Derry, before retiring to Portrush, Co Antrim.

Unlike Kathleen’s lover, Canon Forde never became a celebrated writer, though he was the author of at least three books: Round the Coast of Northern Ireland, Sketches of Olden Days in Northern Ireland, and Ulster at Bay.

From 1898 to 1902 or later, Canon Forde’s daughter Kathleen lived in Crete teaching English. Niki Stavrou had speculated that while Kathleen lived in Crete whether her father might have been a naval chaplain. But Hugh was working hard in his parish in Ballykelly, although he was well-travelled, visiting his family in Canada, Gibraltar and Morocco.

Hugh Forde was a cultured and educated man, a Senator of the University of Dublin, a writer with a doctorate in laws, who lived a lengthy, active and happy retirement. He was hardly the “the strict priest father” Niki Stavrou had once imagined and he was much more like the priest who would have enjoyed theological debates with the village priest who was once a welcoming host to the young lovers, Kathleen Forde and Nikos Kazantzakis, on the slopes of Mount Psilorítis on that beautiful, romantic morning.

Apart from her three brothers who moved to Canada, Kathleen had two other brothers. Gordon Forde was a major in the Inniskilling Fusiliers and went missing in 1936. Kenneth Forde was killed in Flanders in 1915. Two sisters remained in Ireland: Mary Forde married the Revd Charles Rutledge, who succeeded his father-in-law as Rector of Kilcronaghan, and had a son Cecil; and Dorothy Frances Forde married Howard Nelson of Donaghadee, Co Down, and had two sons, Jim and Gordon. Today, Kilcronaghan Rectory is an adventure centre and small hotel.

Kathleen Forde found love and romance on her Greek island generations before Shirley Valentine. Some of her family may still be living in Ireland, unaware of this great-aunt who never told her great story about her love of one of the great writers of the last century. But Niki Stavrou and Cathy Scaife succeeded in bringing to an end the “search for who Kathleen Forde really was.”

Canon Patrick Comerford is Director of Spiritual Formation, the Church of Ireland Theological Institute, Dublin, and a canon of Christ Church Cathedral, Dublin. This essay was published in December 2009 as A Romantic Myth? Kilcronaghan’s link to ‘Zorba the Greek’! (Kilcronaghan Community Association, 2009, 20 pp), with financial support from Magherafelt Arts Trust.

What an amazing and fascinating story, which was very interestingly uncovered!
Having read Nikos Kazantzakis "Report to Greco"
It makes it all the more interesting.
Great credit is due to Niki Staurou's persistence in her research.