Presenting the people to God and God to the people 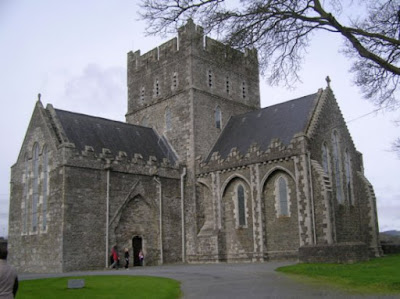 May I start, first of all, by thanking Bishop Richard Clarke for his invitation to preach here in Saint Brigid’s Cathedral this evening, on Saint Columba’s Day. What an achievement – to bring Patrick, Brigid and Columba together on one evening!

It’s a real privilege for any member of the academic staff of the Church of Ireland Theological Institute to preach at the ordination of a former student.

This is a particular pleasure for me this evening. Already the parishioners of Dunboyne and Rathmolyon know of Paul’s qualities as a deacon and know how they are going to benefit even more from his priestly ministry. But I have already had the benefit of seeing these qualities develop over the three years he was a student.

He was part of the last group of students to graduate from the Bachelor of Theology course, who received their degree last year. That means that Paul was the last Senior Student on the BTh course. And as the senior student, he in so many modelled priestly ministry and mission.

Our Old Testament reading this evening speaks of the vision of many nations coming to the mountain of the Lord so that they may be taught and that they may live in God’s ways (Micah 4: 2). Our Epistle reading is a challenge to give up our own personal comforts for the sake of others, for the love of the Word of God, for the love of God and for his people.

As a senior student, Paul was like an uncle to his year, caring for the weak and less mature, offering wise counsel and gentle leadership (see Psalm 34: 11-15). I could tell you some embarrassing things about Paul – like his support for the “Drogs.” But I’d rather tell you about Paul’s commitment, and his sense of fun and of challenge, go beyond that, so that he also showed a commitment to mission that I could never show.

Let me explain. If you Google my name and Paul’s name together – and I did this during the past week – the first thing you come across is a YouTube clip of me shaving off Paul’s beard in 2009 as part of a fundraiser for USPG – Anglicans in World Mission.

He was part of that group of students who turned Shrove Tuesday into Shave Tuesday. Now, I can assure you I would never let Paul shave my beard, even if it was to raise funds for USPG and Saint Francis Hospital in Zambia

Later, Paul could have opted for an easy summer placement before his final year as a student. He could have gone to a comfortable parish in the leafy suburbs. After all, and Paul knows, he left his mark in his youth on Saint Paul’s, Glenageary; there were wonderful reports on his placement with Canon Robert Deane in Swords and Donabate; his business background and his dedicated work over many years as a Diocesan Reader gave him experience, maturity and sensitivity that any rector would have been delighted with in an ordinand or Student Reader.

Instead, fired by that love of God and love of God’s people, Paul, for his final summer, decided to work his summer placement through USPG with an Anglican parish in Swaziland, with Andrew and Rosemary Symonds.

Swaziland was no easy placement. Swaziland is about as far away as a student could go on a parish placement. It is small, land-locked country in southern Africa with a population of just one million people. Yet Swaziland has possibly the highest level of HIV/AIDS in the world: 40 per cent of the people there are HIV+, many children are born HIV+, and 20,000 new HIV cases are reported or diagnosed each year.

But there are only 2,000 hospital beds in Swaziland, which means most of the people are left to die at home.

To compound these problems, 40 per cent of the people are unemployed, and 69 per cent of the people live below the poverty line. Swaziland has 80,000 to 90,000 orphans, mainly because of HIV/AIDS – it is impossible for us to imagine the scale of this problem; in Ireland, it would mean having half a million orphans since 2005.

If like the people who came to worship at the festival in our Gospel reading this evening, if like those people some people came to church in Swaziland and said: “Sir, we wish to see Jesus” (John 12: 21), would they have seen Christ in the work of the Church there? In the commitment of Andrew and Rosemary Symonds? In the commitment of Paul Bogle?

“Sir, we would see Jesus,” the people said to Philip.

How do we see Christ in the life of a priest?

We see Christ not merely in the sacramental life of a priest, as he or she baptises new members of the Church or draws us together in fellowship with Christ and one another in the Eucharist.

We see Christ not merely in the preaching and teaching life of a priest, as the Word of God is proclaimed, as we are challenged to live lives of visible discipleship.

We see Christ not merely in the pastoral life of a priest, as the priest cares for the sheep – including the lost sheep – like the Good Shepherd would.

We see Christ too if the lived-out life of the priest is a daily example of discipleship and is Christ-like.

How is the priest supposed to be different from the deacon?

What makes Paul’s life and commitment different from this evening on in a way that it was not for the past year since he was ordained as a deacon that evening last year in Saint Mary’s Church, Maynooth?

You may say, but has he not been ordained already. How is a priest different from a deacon? It’s a question that becomes more difficult if we generically refer to all who have been ordained as “ministers.” Why, of course, the lay people have a ministry in the church too – just as the ministry of deacons is the foundation for all ordained ministry, so our common, shared baptism is the beginning of every ministry in the Church.

Deacons at their ordination are reminded that serving others “is at the heart of all ministry” (The Book of Common Prayer (2004), p. 555). They have a special responsibility “to ensure that those in need are cared for with compassion and humility.” 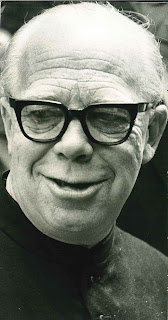 And so Paul remains a deacon, as I do, as all priests here do, as Bishop Richard does. The ministry of a deacon “is at the heart of all ministry”

But the ministry of a priest, as we are about to hear, is very specific (see The Book of Common Prayer (2004), p. 565). It is often summarised in four specific tasks named in the Anglican ordinals: steward, watchman, messenger and shepherd.

But how does that translate into the way a priest exercises priestly ministry?

To return to the wisdom of Dean Gonville ffrench-Beytagh once again, he once repeated the old adage that the definition of a priest is the person who represents God to humanity and humanity to God. (Encountering Darkness (1973), p. 53).

It is a difficult task, it is an awesome task, it is a holy task, and one we must remind ourselves of constantly when people come to us, like those people who came to Philip in our Gospel reading and said: “Sir, we wish to see Jesus.”

But it doesn’t just end there. Paul will have the support of Jane and their sons and their family. But he continues to need your prayerful and spiritual support too.

Not only will you be asked this evening whether it is your will that he should be ordained, but you will be asked if will uphold him in his priestly ministry.

Uphold him in the years to come, not only in friendship and affirmation, but in your prayers too. The Church of Ireland Gazette last weekend reminded us that Saint Columba laid stress on the idea “soul friendship.” Be soul friends to “Father Paul,” to Jane, and to their sons in the years to come as Paul presents God in Christ to us, and as he presents us through Christ to God.

Canon Patrick Comerford is Director of Spiritual Formation, the Church of Ireland Theological Institute. This sermon was preached on 9 June 2011 in Saint Brigid’s Cathedral, Kildare, on the occasion of the ordination of the Revd Paul Bogle to the priesthood
Posted by Patrick Comerford at 20:30