Discovering the Irish ancestors of the new Archbishop of Canterbury 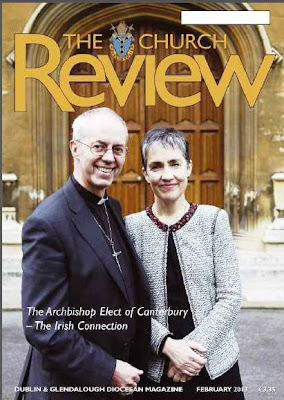 The Bishop of Durham, the Right Revd Justin Portal Welby, is due to be enthroned as the 105th Archbishop of Canterbury on 21 March. 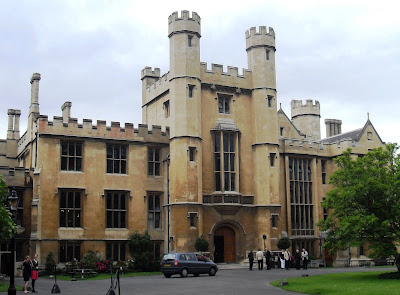 Lambeth Palace … the London residence of the Archbishop of Canterbury (Photograph: Patrick Comerford)

As Archbishop of Canterbury, he is the spiritual leader of the Anglican Communion, and he will probably crown the next British monarch.

His Christmas sermon placed poverty at the heart of his priorities. He has been critical of the wars in Iraq and Afghanistan, supported the Occupy protests at Saint Paul’s Cathedral, and has not been fooled by the smooth talking of bankers. He has asked whether companies can sin, and sits on the Parliamentary Commission on Banking Standards.

He favours women bishops, but supports “the Church of England’s opposition to same-sex marriage.” However, he has spoken out strongly against homophobia and says he is “always averse to the language of exclusion, when what we are called to is to love in the same way as Jesus Christ loves us.”

But, who is Justin Welby?

From oil to ministry 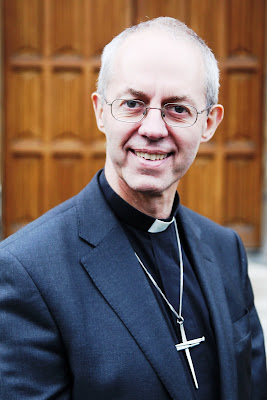 Justin Portal Welby was born in London on 6 January 1956, the son of Gavin Bramhall James Welby and Jane Gillian (née Portal). They divorced in 1959, when he was three, and he was brought up by his father. At Eton, his contemporaries included the Tory minister Oliver Letwin, and Charles Moore and Dominic Lawson, former editors of the Daily Telegraph and the Sunday Telegraph. 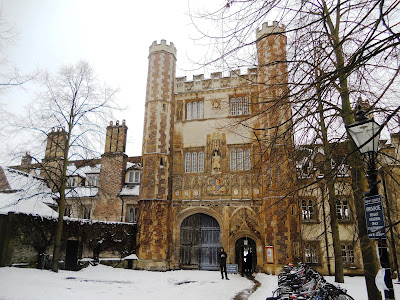 From Eton, he went to Trinity College Cambridge, where the Master was his mother’s uncle, ‘Rab’ Butler, a former Conservative deputy prime minister. At Cambridge, he met Caroline Eaton, later a classics teacher; they would marry in 1979 and have six children. He was 21 when his father died in 1977. He graduated a year later with a BA in history and law, and then worked in the oil industry for 11 years. 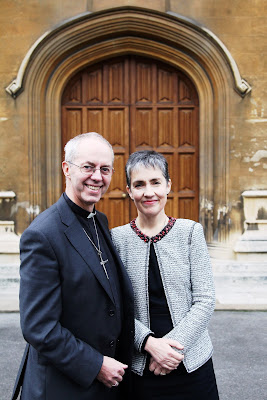 During five years in Paris with Elf Aquitaine, he became fluent in French and a Francophile. Tragedy struck in 1983 when his seven-month-old daughter, Johanna, died in a car crash in France. “It was a very dark time for my wife Caroline and myself,” he said later, “but in a strange way it actually brought us closer to God.” 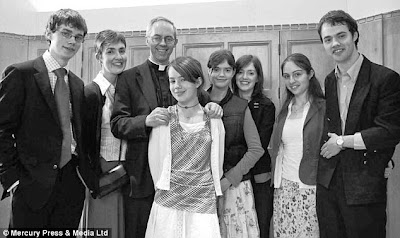 Back in London in 1984, he joined Enterprise Oil, with interests in West African and the North Sea, and started going to Holy Trinity Church, Brompton. When he began considering ordination, the Bishop of Kensington, John Hughes, told him: “There is no place for you in the Church of England. I have interviewed a thousand for ordination, and you don’t come in the top thousand.”

He received a BA in theology in Durham and was ordained in 1992. After 10 years in parish ministry in Warwickshire, he became a canon in Coventry Cathedral in 2002 and co-director for International Ministry. His peace work at Coventry saw him shake hands with warlords and being held at gunpoint in Africa. 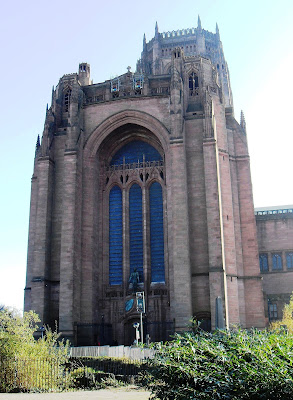 In 2007, he became Dean of Liverpool, one of England’s largest and most deprived cathedrals. He doubled attendances, abseiled from the roof, and allowed John Lennon’s Imagine to be played on the cathedral bells – despite the line “imagine there is no heaven.” He also encouraged a “Night of the Living Dead” service on Halloween, when a man rose from a coffin to represent the Resurrection.

He once fell into a fit of giggles during a reading from Leviticus that mentions a badger. As a mark of affection, Liverpool Cathedral gave him a small carved rock badger that he placed on the tip of his bishop’s crook when he became Bishop of Durham in 2011. 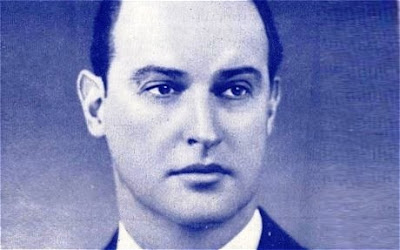 Archbishop Welby’s father, Gavin Bramhall James Welby, was born Bernard Gavin Weiler in Ruislip, northwest London, in 1910, the son of a German-born Jewish immigrant, Bernard Weiler, who moved to London in the late 1880s. But Justin Welby did not learn about his father’s background until English newspapers delved into his background. 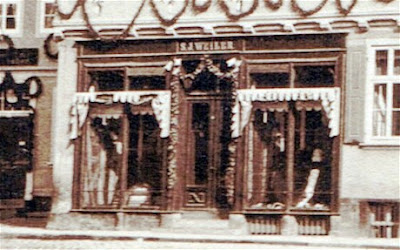 The Weiler family shop in Osterode the late 1800s

While Gavin Welby was making his fortune in New York selling whisky, his cousins faced persecution in Nazi Germany. The Weiler family can be traced back to Simon Weiler, who became a citizen of Hanover in 1836 and started a department store in Osterode am Harz. The business was inherited by his son Herman Weiler. 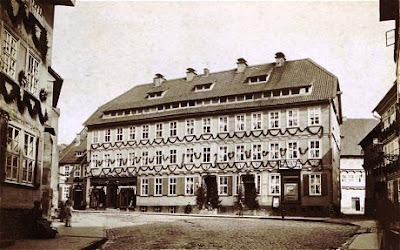 The town of Osterode am Harz in Hanover, ancestral home of Archbishop Justin Welby’s father

When Herman died a wealthy merchant in 1884, his sons sold the shop and four of them – Siegfried, Max, Ernest and the archbishop’s grandfather, Bernard Weiler – moved to London with their mother, Amalie, and set up Weiler Brothers, importing ostrich and osprey feathers. Amalie died in Hampstead in 1914 and was buried in the Jewish cemetery in Golders Green.

Julius Weiler’s son, Dr Gerhard Weiler, pioneered techniques in microscopic analysis; his wife, Dr Grita Thoemke, was an expert in anaesthetics. When Hitler seized power in 1933, Gerhard fled to England and worked in a laboratory at Oxford University. He stayed with his uncle Siegfried, the last surviving Weiler brother to leave Germany, before the whole family, including Gerhard’s wife and father, then fled Nazi Germany.

In a twist of irony, when World War II broke out, Gerhard was classified as an “enemy alien” and spent several months in an internment camp near Liverpool. After the war, he ran a private forensic laboratory in Oxford. When Gerhard died in 1995, he left much of his art collection to the Ashmolean Museum in Oxford and funded a language prize at Roehampton University. 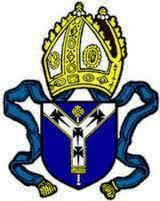 Meanwhile, the archbishop’s grandfather, Bernard Weiler, saw his business collapse when the fashion for ostrich feathers faded with World War I. Faced with discrimination, he hid his German-Jewish roots and changed his name to Welby. His son, born Bernard Gavin Weiler in 1910, became Gavin Bramhall James Welby in 1914.

Gavin Welby was a teenager when his mother Edith (James) lost her small fortune in the 1929 Wall Street Crash. She gave him £5 and put him on a boat to New York. There he made his fortune supplying leading Manhattan hotels with whisky during prohibition. In 1934, he married Doris Sturzenegger. But the childless marriage soon ended in divorce, and Gavin kept their marriage a secret for the rest of his life.

Back in London, he established “Gavin Distillers,” exporting whisky to America, and selling his own blend, “Gavin’s Gold Label.” He stood as a Conservative in Coventry East in 1951, but was defeated by Labour’s Richard Crossman. His sister Peggy married the Labour MP Lester Hutchinson (1904-1983) who opposed the NATO treaty.

Gavin Welby married Jane Gillian Portal in 1955, but they divorced in 1959. He was engaged briefly to the actress Vanessa Redgrave, then 23. But she ended the engagement after her parents, Sir Michael Redgrave and Rachel Kempson, warned that Gavin wanted her to become a stay-at-home mother for his son, Justin (then 4).

Archbishop Welby’s mother, Jane Portal, was once a personal secretary to Winston Churchill. In 1975, she married Charles Williams, a senior oil executive and banker. He became a Labour life peer in 1985 as Baron Williams of Elvel.

The Portal family are of French Huguenot descent and can be traced to mid-15th century France. Lady Williams is a niece of the late Rab Butler (Baron Butler of Saffron Walden), and I thought the new archbishop might have Irish ancestry through her grandfather, Sir Montagu Butler.

I traced these Butlers back through the Very Revd George Butler (1774-1853), a headmaster of Harrow and Dean of Peterborough. That family provided another interesting link with Liverpool: Dean Butler’s eldest son, Canon George Butler (1819-1890), was a headmaster in Liverpool for many generations and his wife was the saintly social reformer Josephine Butler (1828-1906).

But I could only trace these Butlers to a family in Worcestershire in the mid-16th century, and found no connections with the Kilkenny Butlers. If the new archbishop had Irish links, I had to search elsewhere. 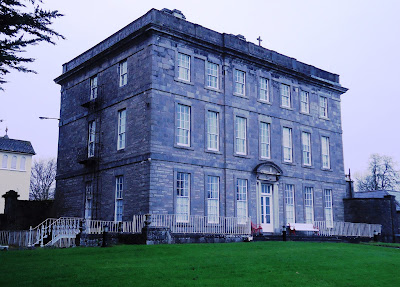 I returned to the story of the Portal family, and found that the archbishop’s maternal grandmother was Rose Leslie Napier. I was familiar with the story of Sir Charles James Napier, an Irish general who was Governor of Kephalonia and who played a role in the Greek War of Independence. He was a first cousin of the 1798 leader Lord Edward FitzGerald, and I wondered whether Rose was descended from the same family.

After Christmas, I visited Celbridge, Co Kildare, the home over 200 years ago of the three Lennox sisters. They were the daughters of Charles Lennox (1701-1750), 2nd Duke of Richmond and a grandson of King Charles II, and the heroines of Stella Tillyard’s book Aristocrats. 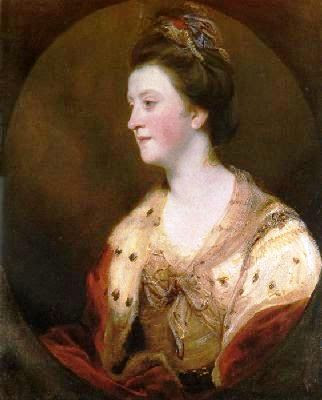 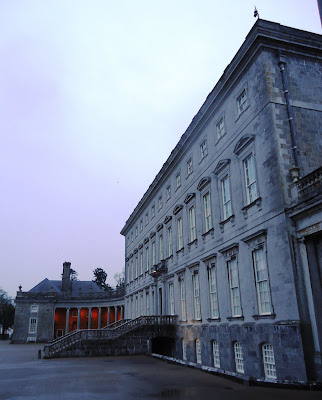 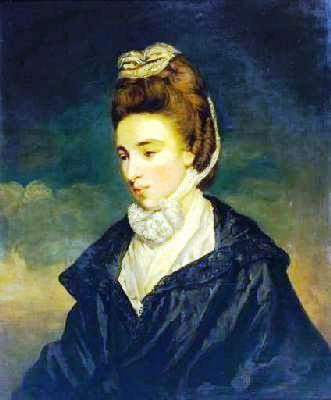 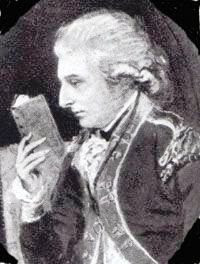 Celbridge House, now known as Oakley Park, was built in 1724 by the Vicar of Celbridge, the Revd Dr Arthur Price, later Bishop of Clonfert, Bishop of Ferns and Leighlin, Bishop of Meath and Archbishop of Cashel. In 1785, the house became home to the Napier family, and in 1798 they sought safety with their neighbours and cousins, the Conollys of Castletown House. 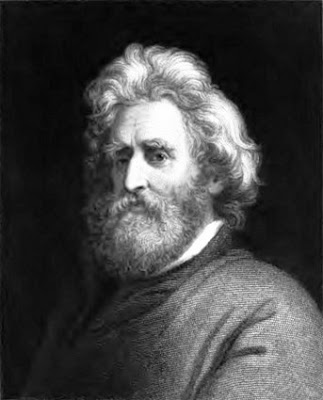 Sir William Napier’s daughter, Elizabeth, married Philip Gore, 4th Earl of Arran, an uncle of Bishop Charles Gore, editor of Lux Mundi and founder of the Community of the Resurrection. Elizabeth’s descendants include the Duke of Devonshire, who owns Lismore Castle, Co Waterford.

Oakley House is now part of the Saint Raphael centre run by the Saint John of God order. I wonder whether the new Archbishop of Canterbury will return to Ireland to visit his ancestral home in Celbridge. 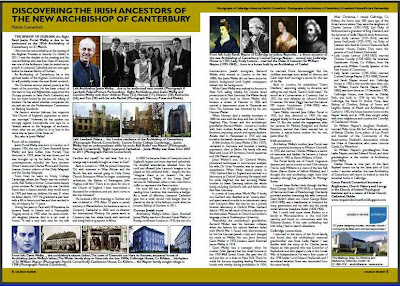 Canon Patrick Comerford lectures in Anglicanism, Church History and Liturgy in the Church of Ireland Theological Institute and is a canon of Christ Church Cathedral, Dublin. This essay was first published in the February editions of the Church Review (Dublin and Glendalough) and the Diocesan Magazine (Cashel and Ossory).

Pretty nice post. I just stumbled upon your blog and wished to say that I've really enjoyed surfing around your blog posts. After all I’ll be subscribing to your feed and I hope you write again very soon!