How long into the New Year should
Santa and the ‘Fairy Tree’ last for? 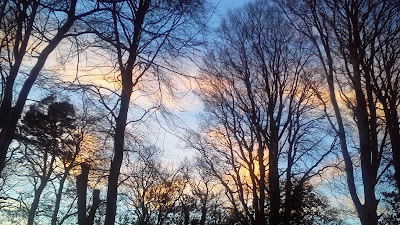 The sun sets on 2013 behind the tall bare trees in Marlay Park late this afternoon (Photograph: Patrick Comerford, 2013)

Harold Wilson once said in the 1960s: “A week in politics is a long time back.”

It became an oft-quoted adage among journalists and politicians, and was developed as theme in the political-comedy television series, Yes Minister:

Sir Humphrey: In a week’s time this whole thing will have blown over and in a year’s time we’ll have a safe and successful factory on Merseyside.

Jim Hacker: A week is a long time in politics.

Sir Humphrey: And a year is a short time in Government.

As the year comes to an end, I realised this afternoon how short a year can be in the life of a family.

After lunch in Howard’s Way in Rathgar, some family members gathered together this afternoon. At one stage there were four generations of the family in one room in the house in Grosvenor Road. 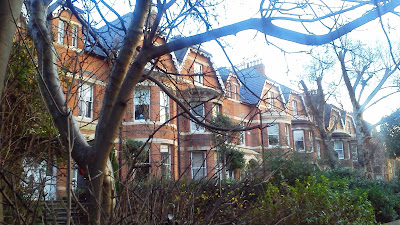 Grosvenor Road has fine examples of Victorian architecture in its terraced houses and its villas (Photograph: Patrick Comerford, 2013)

Outside on Grosvenor Road, I stopped to admire the villas and terraced houses, which are fine examples of Victorian architecture, with houses designed and built by Edward Henry Carson (father of Sir Edward Carson), George Palmer Beater, and the brothers James and William Beckett – William Beckett was the grandfather of Samuel Beckett. 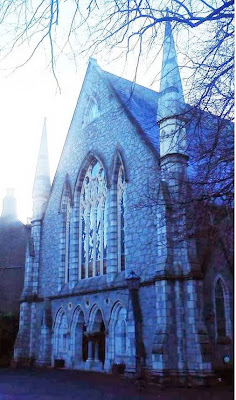 The church was built as Rathmines Baptist Church in the 1870s by English Baptists. It was used for a while by the Plymouth Brethren, and returned to use as a Baptist church in 1942. The choice of Gothic is unusual for Baptists in the 1870s. The main entrance to the church has an interesting arrangement of arches, with an attractive towered façade.

As the afternoon came to a close – but before the sun set on 2013 – two of us went for a walk in Marlay Park. Through the tall bare limbs and branches of the trees, the orange glaze left by the setting sun was lighting up the blue winter sky. 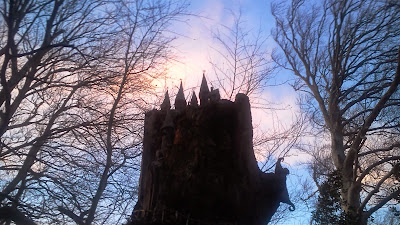 The ‘Fairy Tree’ and ‘Fairy Castle’ in the forest in Marlay Park (Photograph: Patrick Comerford, 2013)

In among the tall trees and by the banks of the babbling brooks and the small footbridges, we came across the “Fairy Tree” which has become one of the sights of Marlay Park in recent years, and has been the crowning glory of the bird project at Saint Michael’s House, Templeogue, since 2010.

The bird project involved installing a purpose built “Fairy Castle” on a tree in the forest in Marlay Park. This five-towered castle, built in special weatherproof material, is designed as a nesting and roosting site for small birds and insects.

But the “Fairy Tree,” with its turrets and towers, crenellations and battlements, secret doors and Gothic windows, is also designed to keep the imagination of young children alive, as they wander through the forest and then are surprised to find the small fairy door at the base of the 300-year-old beech tree. 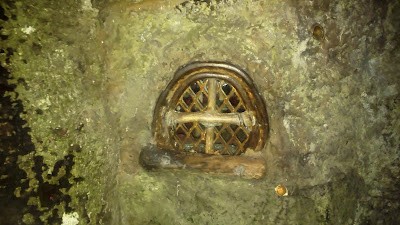 A secret gothic window on the ‘Fairy Castle’ in the ‘Fairy Tree’ (Photograph: Patrick Comerford, 2013)

I came home with an unusual Christmas present – a Chocolate Santa with a best before date of 30 April 2014. Santa has a best-by date that expires before next Christmas? If a Fairy Tree can survive in a 300-year-old tree, surely Santa can last until at least next Christmas? 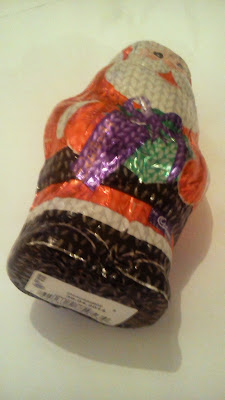 Posted by Patrick Comerford at 19:13