Remembering Edward Pusey,
‘a most earnest and devout spirit’ 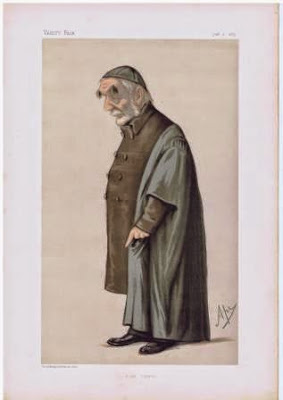 12 For just as the body is one and has many members, and all the members of the body, though many, are one body, so it is with Christ.13 For in the one Spirit we were all baptised into one body – Jews or Greeks, slaves or free – and we were all made to drink of one Spirit.

14 Indeed, the body does not consist of one member but of many.

27 Now you are the body of Christ and individually members of it. 28 And God has appointed in the church first apostles, second prophets, third teachers; then deeds of power, then gifts of healing, forms of assistance, forms of leadership, various kinds of tongues. 29 Are all apostles? Are all prophets? Are all teachers? Do all work miracles? 30 Do all possess gifts of healing? Do all speak in tongues? Do all interpret? 31 But strive for the greater gifts. And I will show you a still more excellent way.

The passage I have chosen to open our reflection this morning is the Lectionary epistle reading for the Eucharist today [16 September 2014].

Today the Church of England remembers in the Calendar of Common Worship, a teacher in the Church who was, at one time, a controversial figure, but today a rich part of shared Anglican heritage, and an example of the rich variety of gifts people bring to the ministry of the Church over the generations.

Edward Bouverie Pusey (1800-1882) was the Regius Professor of Hebrew at Christ Church, Oxford, for more than 50 years, and was one of the leaders of the Oxford Movement. His contemporaries included John Henry Newman and John Keble, and he wrote two of the tracts – on Baptism and on Fasting – and also edited the Library of the Fathers.

His greatest influences came from the Church Fathers and the Caroline Divines. After a sermon he preached before the university in 1843, he was suspended for two years from preaching. This boosted the sale of his pamphlets and boosted his influence and remained a controversial theologian and preacher the rest of his life.

The practice of individual confession in Anglicanism was widely revived after two sermons he preached in 1846. But he was also a scholar on the Prophet Daniel and the Minor Prophets.

His personal lifestyle was simple and austere. He died on this day, 16 September 1882.

One of his contemporaries at Christ Church, Oxford, was Charles Dodgson, who assisted him in his Patristic translations, but is perhaps only remembered today as the father of ‘Lewis Carroll,’ author of Alice in Wonderland.

When Dodgson’s wife died in 1851, Pusey wrote to him, comforting him with the words: “In all adversity, what God takes away he may give us back with increase.”

Newman said was impressed by Pusey’s “great learning, his immense diligence, his scholar-like mind, his simple devotion to the cause of religion …”

Yet, despite his fame and his leadership in the Oxford Movement, Pusey was never a captivating preacher. Even his sympathisers have described him as boring and monotonous.

Sara Coleridge wrote: “He is as still as a statue all the time he is uttering it, looks as white as a sheet, is as monotonous in delivery as possible.”

Yet, she added: “While listening to him you do not seem to see and hear a preacher, but to have visible before you a most earnest and devout spirit, striving to carry out in this world a high religious theory.”

This earnest and devout figure is commemorated on this day [16 September] in the Church of England in Calendar in Common Worship.

Today, his learning and his piety are not just for the successors of the Tractarians and the Puseyites, for his piety and his scholarship, and his insights into spiritual disciplines are part of the shared heritage of all Anglicans.

I finish with a quotation on the spiritual disciples from Daily Strength for Daily Needs:

Take steadily some one sin, which seems to stand out before thee, to root it out, by God’s grace, and every fibre of it. Purpose strongly, by the grace and strength of God, wholly to sacrifice this sin or sinful inclination to the love of God, to spare it not, until thou leave of it none remaining, neither root nor branch.

Fix, by God's help, not only to root out this sin, but to set thyself to gain, by that same help, the opposite grace. If thou art tempted to be angry, try hard, by God’s grace, to be very meek; if to be proud, seek to be very humble.

Concluding Prayer (the Collect of the Day):

Canon Patrick Comerford is Lecturer in Anglicanism, Liturgy and Church History, the Church of Ireland Theological Institute. This reflection was prepared for a faculty meeting on 16 September 2014.