Good Friday
The promise of
hope and peace 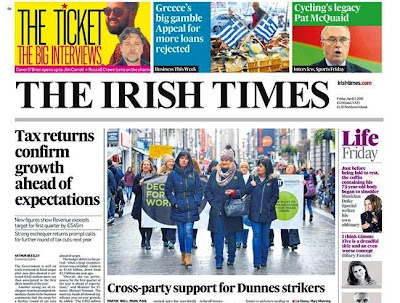 Good Friday
The promise of
hope and peace

In a rare coincidence in the Jewish and Christian calendars, the great festivals of both faiths fall at the same time this year. Today is Good Friday in the Church Calendar, and for Jews the Passover celebrations begin this evening. Of course, Christ’s Last Supper with his disciples was a Passover meal or seder, and the memory of this is passed on in the Christian tradition at its very beginning in language that speaks of Christ as the Paschal Lamb and in liturgical texts adapted from the epistles of Saint Paul, such as: “Christ our Passover has been sacrificed for us, therefore let us celebrate the feast” (I Corinthians 5: 7-8).

For Jews, the Passover celebrates the escape from slavery in Egypt; for Christians Good Friday becomes the promise of freedom for the whole of humanity; in each tradition, the great foundational moment of faith in the past is made real in the present and becomes full of promise of hope for the future. These Paschal mysteries inspired the great English composer Ralph Vaughan Williams in 1936 to write his cantata Dona Nobis Pacem as a protest against militarism and a warning against the looming threat of chaos and war.

Vaughan Williams opens this cantata with the liturgical and paschal words “Agnus Dei, qui tollis peccata mundi, dona nobis pacem, Lamb of God, who takes away the sins of the world, grant us peace.”

In the face of the rise of fascism and nazism, the composer feared greatly that Europe was being drawn into another cataclysmic war.

In creating this work for a choir and large orchestra, he drew on the Bible, great Eucharistic texts, three anti-war poems by the American poet Walt Whitman, and a momentous speech in 1855 by the radical MP John Bright, opposing the Crimean War during the siege of Sevastopol.

In haunting words drawn from the Biblical Passover story in Exodus, Bright warned: “The Angel of Death has been abroad throughout the land; you may almost hear the beating of his wings. There is no one as of old … to sprinkle with blood the lintel and the two side-posts of our doors, that he may spare and pass on.”

The figure of the “Angel of Death” appears in only a few translations of the Exodus story, and the identity of this harbinger of both the death and the redemption of the firstborn is often debated. But the Hebrew word at question in translations is directly related to the Hebrew name for Passover, Pesach, and the Greek name for Easter, Pascha. The Passover story and the Easter story are stories that, paradoxically, hold death and liberty in contrasting tension.

Bright’s warnings about the Angel of Death lost him his seat for Manchester in the House of Commons. But he felt vindicated, however uncomfortably, when the Crimean War turned to bloodshed and disaster, with over 600,000 deaths, and he was soon re-elected to Parliament as MP for Birmingham in 1858.

Eighty years later, his words inspired the radical former Dean of Canterbury, Dick Shepherd, and other radicals who warned about the dangers of rising fascism and the remilitarisation of Europe. At the same time, Vaughan Williams was working on his Dona Nobis Pacem. These bleak warnings were unwelcome in the 1930s but proved to be prophetic.

Like Bright, Vaughan Williams too felt uncomfortably vindicated within a few years when the Angel of Death once again hovered over the land and all were swept into another world war.

Do those prophetic words of warning from John Bright 140 years ago and from Vaughan Williams almost 80 years ago, ring true today? The Middle East is now more tense than it has been for three or four decades. Russia once again is engaged in a conflict in Crimea and Ukraine that threatens the stability of Europe.

The far right is on the rise throughout Europe yet again. The lack of concerted action to address global climate change, the modernisation of nuclear weapons in the US and Russia, and the problem of nuclear waste means the Bulletin of the Atomic Scientists now puts the “Doomsday Clock” at 23.57, three minutes to midnight – two minutes closer than it was last year.

But as he faced into the darkness and the abyss in 1936, even as he realised that another world war was inevitable and unstoppable, Vaughan Williams remained hopeful that the Angel of Death would pass by and that peace would return to this world. The final movement of his cantata is punctuated with the closing words of Agnus Dei in the liturgy: “Dona Nobis Pacem, Grant us your peace.”

At the heart of Passover and Good Friday are stories of death and destruction. But their true meaning is found always in promises of hope and peace, redemption and resurrection, and new life.

Posted by Patrick Comerford at 10:52