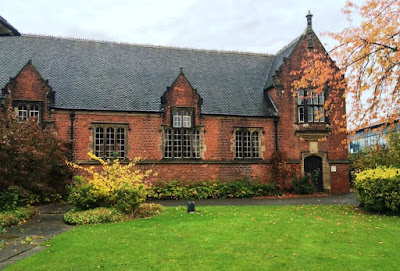 Canon John Taylor (1711-1778) from Ashbourne, Derbyshire, was a friend of Samuel Johnson, and the two were educated by the Revd John Hunter at Lichfield Grammar School. Taylor would have followed Johnson to Pembroke College, Oxford, but was advised instead to go to Christ Church, Oxford. He studied law and although he left without taking a degree he practised law for some years in Ashbourne.

Later, Taylor was ordained in the Church of England, and in 1740 he became the Rector of Market Bosworth, Leicestershire. He was also chaplain to the Duke of Devonshire, who was Lord Lieutenant of Ireland (1737-1745), a canon of Westminster Abbey and Vicar of Saint Botolph, Aldersgate, and of Saint Margaret’s, Westminster.

Despite all these preferments, Taylor spent much time at his family home in Ashbourne, became JP for Derbyshire, and was known as ‘the King of Ashbourne.’ Johnson visited him regularly in Ashbourne, and in 1787 Taylor published ‘A Letter to Samuel Johnson, LL.D., on the subject of a Future State.’ It is said to have been written at Johnson’s request, and with reference to his remark that ‘he would prefer a state of torment to that of annihilation.’

When Johnson died Taylor conducted his burial in Westminster Abbey, although it has never been explained why the funeral service itself was omitted or forgotten.

George Steevens, in his ‘Account of Samuel Johnson’s Funeral’ in Johnsoniana Supplement (1836), pp 179-181, says that “all Dr Johnson’s friends, but especially Mr Malone and Mr Steevens, were indignant at the mean and selfish spirit which the dean and chapter exhibited on this occasion; but they were especially so against Dr Taylor, not only for not having prevailed on his colleagues to show more respect to his old friend, but for the unfeeling manner in which he himself performed the burial service.”

Taylor died in Ashbourne on 29 February 1788. After his death his sermons were published in two volumes in 1788 and 1789. They were edited by the Revd Samuel Hayes, but they are believed to have been composed by Samuel Johnson.

These sermons were reprinted in several editions, and Johnson’s name first appeared on an edition published in 1812.

The great rule of action, by which we are directed to do to others whatever we would that others should do to us, may be extended to God himself; whatever we ask of God, we ought to be ready to bestow on our neighbour; if we pray to be forgiven, we must forgive those that trespass against us; and is it not equally reasonable, when we implore from providence our daily bread, that we deal our bread to the hungry? And that we rescue others from being betrayed by want into sin, when we pray that we may not ourselves be led into temptation?

… And let us all, at all times, and in all places, remember, that they who have given food to the hungry, raiment to the naked, and instruction to the ignorant, shall be numbered by the Son of God amongst the blessed of the Father. 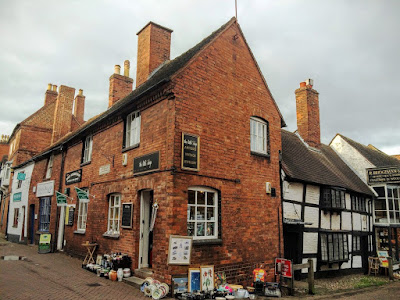 Samuel Johnson’s first school was run by Dame Oliver on the corner of Dam Street and Quonian’s Lane in Lichfield (Photograph: Patrick Comerford, 2016)