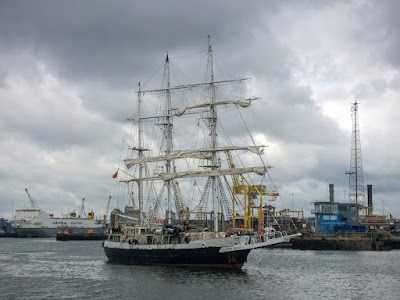 I spent most of the day on Dublin Bay. I was on the Saint Bridget, a 26 meter steel hull vessel run by the Garrihy family at Dublin Bay Cruises and Doolin2Aran Ferries.

The full-day cruise began at Sir John Rogerson’s Quay in the centre of Dublin, beside the aptly-named Ferryman and opposite the Convention Centre.

The East Link Bridge opened for us as we sailed alongside the Lord Nelson out of Dublin Port Docklands, passing the Poolbeg Lighthouse, the Pigeon House and the South Wall out into Dublin Bay and on to Dun Laoghaire. There we found ourselves in the middle of the Dun Laoghaire Regatta, involving all the sailing clubs and yacht clubs in Dun Laoghaire. 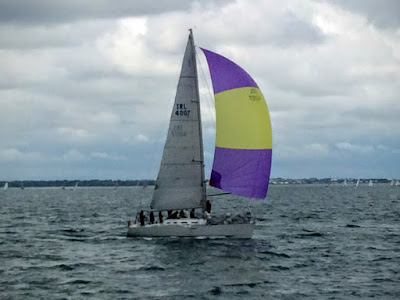 After coffees and ice cream at Teddy’s on the East Pier in Dun Laoghaire Harbour, we sailed back across the mouth of the port and across Dublin Bay to Howth, coming around Heath Head, and sailing between the land and Ireland’s Eye into Howth Harbour.

During the day, there were views of the Dublin Mountains, Dalkey Island, Joyce’s Martello Tower, Clontarf and the world wildlife reserve at Bull Island, the Baily and Kish Lighthouses, Lambay Island, and Ireland’s Eye. 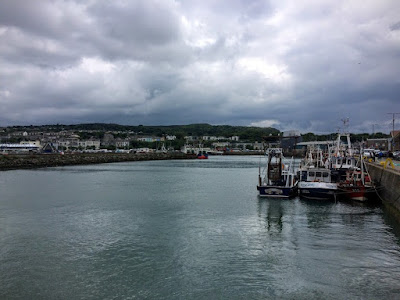 After lunch a walk along the West Pier and lunch in Howth, we caught the DART back into the city centre.

The cruise is part of the educational programme to raise awareness of the Biosphere that now covers Dublin Bay.

Unesco recognised the importance of Dublin Bay in 1981 by designating the North Bull Island as a Biosphere because of its rare and internationally important habitats and species of wildlife.

To support sustainable development, Unesco’s concept of a Biosphere has evolved to include not just areas of ecological value but also the areas around them and the communities that live and work within these areas. Since then, there have been additional international and national designations, covering much of Dublin Bay, to ensure the protection of its water quality and biodiversity.

To fulfil these broader management aims for the ecosystem, the Biosphere was expanded in 2015. The Biosphere now covers Dublin Bay, reflecting its significant environmental, economic, cultural and tourism importance, and extends to over 300 sq km. Over 300,000 people live within the newly enlarged Biosphere.

The buffer zone comprises 82 sq km of public and private green spaces such as parks, greenbelts and golf courses that surround and adjoin the core zones.

The transition zone comprises 173 sq km and forms the outer part of the Biosphere. It includes residential areas, harbours, ports and industrial and commercial areas.


The Dublin Bay cruise is a unique opportunity to explore what I believe is the only designated biosphere in a European capital.

Later this evening, I went up into the Wicklow Mountains for a walk and to look across Dublin Bay in dimming lights before dusk turned to dark, and across the valleys and lakes of the mountains. This is a green and pleasant land too.

In the Wicklow mountains this evening … this is a green and pleasant land too (Photograph: Patrick Comerford, 2016; click on photograph for full-screen view)

Posted by Patrick Comerford at 22:24