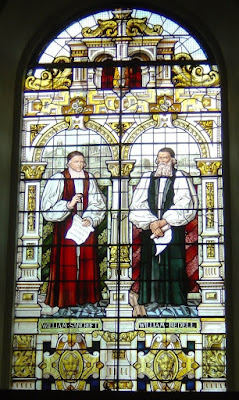 Fig 1. Bishop William Bedell of Kilmore (right) with Archbishop William Sancroft of Canterbury (left) in a window of the chapel of Emmanuel College, Cambridge. Photograph by Patrick Comerford

A guiding principle of the Anglican Reformation insisted that the Word of God and the words of the liturgy should be available in language ‘understanded of the people’ (Article 24 of the 39 Articles). The first book published in Ireland was the 1549 edition of the Book of Common Prayer, which was first used on Easter Day 1551 in Christ Church Cathedral, Dublin.

However, aspiration was separated from action by decades, and the failure to produce either a complete Bible or a Book of Common Prayer in Irish for generations was a factor contributing to the failure of the Reformation in Ireland. Another half a century lapsed before an Irish-language version of the Book of Common Prayer was produced in 1608 by William Daniel, Archbishop of Tuam (1609-1628), and a complete Irish-language translation of the Bible was not published until 1685, bringing together Archbishop Daniel’s New Testament by and the Old Testament translation by William Bedell (1571-1642), Bishop of Kilmore.


Two Church of Ireland bishops whose lives were separated by two generations – John Bale (1495-1563) of Ossory and William Bedell of Kilmore – personify the very different Anglican understandings and usages of the Bible and the Book of Common Prayer in the first century of the Anglican Reformation.

John Bale, a former Carmelite friar, was such a quarrelsome controversialist that he was known as ‘bilious Bale.’ His personal account of his time in Kilkenny shows how uncompromising he was and that his zeal was never tempered by discretion. When he was ordained bishop in Christ Church Cathedral, Dublin, on 2 February 1553, he refused to be consecrated according to the rites of the Church of Ireland, insisting he was sworn to obey only the laws of England.

He proscribed the celebration of the Eucharist on any day other than Sunday, yet failed to persuade his clergy in Ossory to introduce the Book of Common Prayer. When he tried to remove what he called ‘idolatries,’ he was met with ‘angers, slaunders, conspiracies, and in the end slaughters of men.’ He aroused opposition throughout his diocese, and he was forced to flee Kilkenny after an attack on workers in his fields at Uppercourt near Freshford on 8 September 1553 – he had been a bishop for just seven months.

In his autobiographical accounts, Bale twists facts and exaggerates his role in events. His account of his escape from Ireland is a vain attempt to present himself as seeking to preserve the faith and to draw comparisons with the voyages and sufferings of St Paul. Peter Happé says Bale’s autobiography ‘reads like a piece of fiction,’ in which he presents himself with a ‘self-dramatizing tendency.’ Leslie P. Fairfield goes even further, dismissing Bale as the ‘mythmaker for the English Reformation.’ He is vilified in John Arden’s novel, The Books of Bale (1989).

Yet Bale was indignant at and dismayed by the destruction of libraries at the dissolution of the monasteries, describing it as ‘a most horrible infamy.’ As the monastic libraries were being dispersed, he helped to preserve the manuscript heritage of the English language, cataloguing ancient writers and texts and persuading Matthew Parker (1504-1575), Archbishop of Canterbury, to become a great patron of ancient manuscripts. 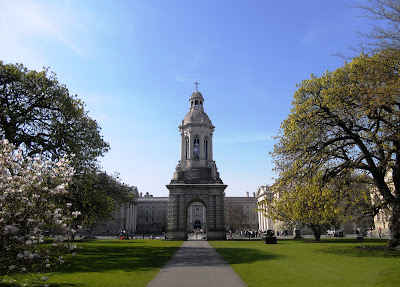 Bale stands in sharp contrast to Bedell, a Caroline divine who insisted as Provost of Trinity College Dublin that theology students should learn Irish to enhance their ministry and who commissioned the translation of the Bible into Irish.

Bedell was born eight years after Bale’s death, and like him had been educated at Cambridge. At an early age he translated the Book of Common Prayer into Italian, and learned Hebrew from a rabbi in Venice to enhance his commitment to translating the Bible.

When he became Provost of Trinity College Dublin in 1627, he introduced New Testament readings by a native Irish speaker at Commons and prayers in Irish in the chapel. In an attempt to train clergy to preach in Irish, he employed Murtagh King, from a bardic family in Kilcoursey, Co Offaly, as an Irish teacher.

When Bedell became Bishop of Kilmore in 1629, he brought King with him to his new diocese and worked with him on translating the Old Testament. In 1631, Bedell published a simple, bilingual catechism. In very petulant terms, James Ussher (1581-1656), Archbishop of Armagh, censured Bedell for learning Irish and for preaching to the people in the only language they knew. Ussher was showing how he shared the prejudices of his class, in direct opposition to the principles of the Reformation.

This was first published in Treasures of Irish Chrstianity, Volume II, A people of the Word, Salvador Ryan and Brendan Leahy (eds), (Dublin: Veritas, 2013), pp 124-128.