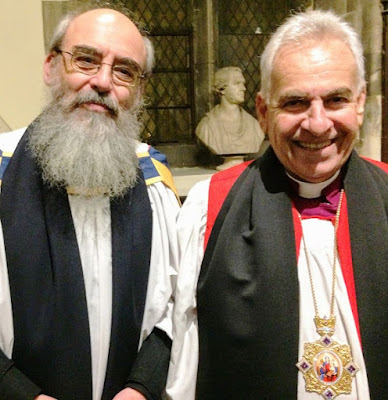 The visit of Donald Trump to Jerusalem and Bethlehem today, and the potential for a frightening fallout from last night’s horrific attack in Manchester has caused me to pray all day for the peace of Jerusalem and for the good people of all faith for whom Jerusalem is a sacred and holy city – Muslims, Christians and Jews.

Archbishop Dawani will serve as Primate for a period of 2½ years, to be followed by Bishop Michael Lewis of the Diocese of Cyprus and the Gulf. Bishop Michael, who will serve for the same length of time, ending in May 2022, was one of the speakers at the USPG conference in High Leigh three years ago [2014].

I met Archbishop Suheil Dawani and his wife Shafeeqa most recently when they visited Dublin at the end of last year [1-7 December 2016]. Their visit was part of the Jerusalem Link partnership between the dioceses and the programme has been put together by the Diocesan Council for Mission. During that visit, Archbishop Suheil gave a reflection at an ecumenical service in Christ Church Cathedral, Dublin.

The Anglican Diocese of Jerusalem has 27 parishes spread through the five political regions of Israel, Palestine, Jordan, Syria and Lebanon. The new Primate is a strong advocate of peace and reconciliation and is engaged in many ecumenical and interfaith projects, and he works closely with the Archbishop of Canterbury on Anglican and interfaith issues. He is one of the 13 recognised Heads of Churches in Israel.

Dr Dawani was born in Nablus on the West Bank in 1951, studied at the Near East School of Theology in Beirut, and was ordained deacon in 1976 and priest in 1977. He served at Saint George’s Cathedral, Jerusalem, Saint Andrew’s, Ramallah, and Saint Peter’s, Bir Zeit, in the West Bank. He then studied at Virginia Theological Seminary in the US, and in 1987 he was appointed the priest-in-charge of Saint John’s Church, Haifa.

At that service in Christ Church Cathedral, Dublin, last December, the Introit sung by the cathedral choir was a setting of an Armenian vesting hymn by the late Theo Saunders (1957-2016), and concluded:

Heavenly King, preserve thy Church unshaken,
and keep the worshippers of Thy name in peace. 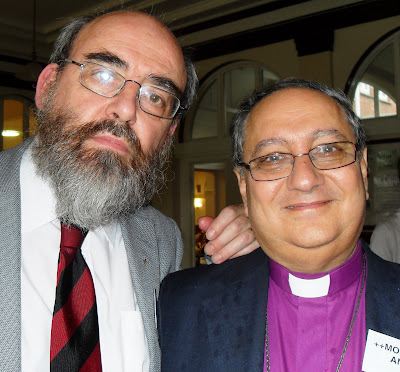