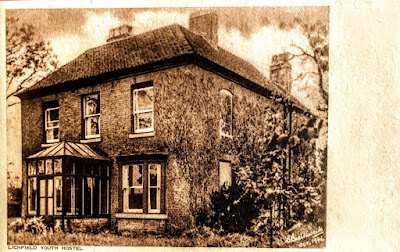 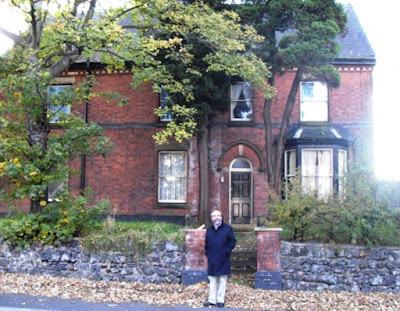 Patrick: thank you for sharing your story of this 'place' - each of us have such "Beth-Els" and we recall our particular "Ebenezer" (not the 'scrooge'), rather 'places or stones of remembrance', 'a stone of help'....sacred places of refuge, respite, retreat, inspriation, and life-changing experiences. **
** I Samuel 7:12 "stone of help" / "Yahweh helped us as far as this"
** Genesis 28: 10-22, Jacob's dream, and a stone 'pillow' became Jacob's 'place of remembrance' his 'Bethel' or "where God dwells".

Sorry, Patrick....one more 'footnote'-
Your postcard and the place pictured holds fond memories and experiences for you. At other times in life, our "Bethels" rise from troubled/challenging periods.
See Sarah F. Adams'** 1941 hymn "Nearer My God to Thee", stzs. 2 & 4: (again referencing Jacob and Genesis 28:10-22):
"Though like the wanderer, the sun gone down,
darkness be over me, my rest a stone;
Yet in my dreams I'll be nearer, my God, to Thee.

Hi Patrick. A very interesting post, I bought 110 Birmingham Road 2 years ago, which is attached to 108, which i saw your photo of when I was googling for old photos. I was just wondering if you had any more photos or memories of the maltings brewery 108/110 Birmingham road. Thanks Andy