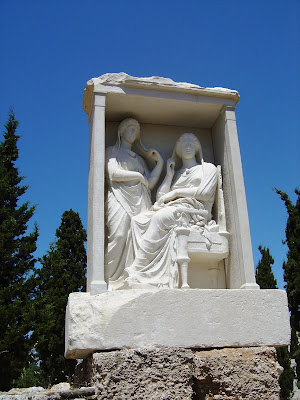 May I speak in the name of + God, Father, Son and Holy Spirit.

Throughout this week, as we journey together through Holy Week, we continue the gradual build-up from Palm Sunday, with services each evening in this group of parishes. We were in Saint Mary’s, Askeaton on Monday evening [26 March 2018], in Saint Brendan’s, Tarbert, last night [27 March], this evening we continue this journey here in Holy Trinity Church, Rathkeale, travel on to Castletown for the Maundy Eucharist tomorrow evening [29 March], so that we can mark Good Friday prayerfully and appropriately from 12 to 3 in Askeaton.

All this is to prepare us to celebrate the Resurrection, on Easter Eve here in Rathkeale and in Castletown on Saturday evening and in Askeaton and Tarbert on Easter Day.

During Holy Week, we have a series of readings from Saint John’s Gospel, in which Jesus has a very different set of encounters or exchanges each evening.

Today is popularly known in Ireland and in other countries as Spy Wednesday because this evening, we recall the final encounter Jesus has with Judas.

We were prepared for this encounter in our reading on Monday evening. On the eve of Palm Sunday, in the house of Mary, Martha and Lazarus in Bethany, Judas objected to the amount of money Mary had spent on the perfumes she used to anoint Jesus.

Now Judas is going to betray Jesus for a far lesser sum of money, for 30 pieces of silver.

Why 30 pieces of silver, you may ask.

In Hebrew culture, 30 pieces of silver was not a lot of money. In fact, it was the exact price paid to the master of a slave if his slave was gored by an ox (Exodus 21: 32). The slave at death was valued at 30 pieces of silver. There are two other places in the Bible that specifically mention this amount of 30 pieces of silver, and they are directly linked.

The first passage is in the Book of the Prophet Zechariah, who plays the part of a shepherd and has the care of ‘the flock doomed to slaughter’ (Zechariah 11: 4-14). Zechariah takes the 30 shekels or pieces of silver he has been given for his work as a shepherd. Sarcastically, he says speaks of ‘this lordly price’ – the value of a dead slave – and throws the coins into the treasury of the Temple, or to the potter.

The second mention of 30 pieces of silver is in Saint Matthew’s Gospel when the religious leaders pay Judas ‘thirty pieces of silver’ for betraying Jesus (Matthew 26: 15). That is all they consider Jesus to be worth – the price of a dead slave, a shepherd’s day’s wage.

Later, Judas is overcome with guilt, and like Zechariah he throws the 30 pieces of silver into the temple (Matthew 27: 3-5).

The Potter’s Field or Κεραμεικός (Kerameikós) is the same name as a famous classical cemetery in Athens, close to the Acropolis. It lies in what was once the potters’ quarter in Athens – the root for its name, κέραμος (keramos, ‘pottery clay’) also gives us the English word ceramic.

Here in this cemetery, Pericles delivered his funeral oration in 431 BC, praising the great heroes, whose true burial place is in the hearts of the people. Here, in this other Potter’s Field, is the most wonderful collection of graves, monuments, sculptures and sepulchres of rich Athenian families, dating to before the late fourth century BC.

The Potter’s Field was the best place to be buried in classical Athens. For it was here too that the Ιερά Οδός (Hierá Odós, the Sacred Way), the road to Ἐλευσίς (Eleusis), the Eleusinian Fields, began its procession. But if those who could afford to be buried there believed in the afterlife offered in the Eleusian Mysteries, why did they need to leave behind such splendid memorials in this life?

Did Judas leave behind any memorial or sculpted sepulchre in his Potter’s Field?

Who would want to visit the grave of Judas?

What did he expect in the afterlife?

All we know is that Judas repented, and that even in the end, his 30 pieces of silver were used for a good cause. It is important in Jewish ritual law to bury the dead. But it appears there was no place in Jerusalem to bury foreigners (see Matthew 27: 7).

Jesus was crucified outside the city gates, on Golgotha, the place of the skulls (Matthew 27: 33) … a place just like that where the corpses of the foreigners, the aliens, may have been dumped before the Potter’s Field was bought.

The aliens, the foreigners, were outsiders, both in life and in death.

By his act of betrayal, Judas moves from being an insider, one of the 12, to being an outsider. But in death, he takes care of the foreigners who had been rejected both in life and in death.

What happened to his grave afterwards is probably of little concern. What is more important is that after his death, Jesus descended to the very depths of hell, and brought good news to all who were, who are, and who will be dead.

There is no depth to which his love and his mercy cannot reach. In his death and in his resurrection, he has broken, he is breaking, he continues to break, all barriers. 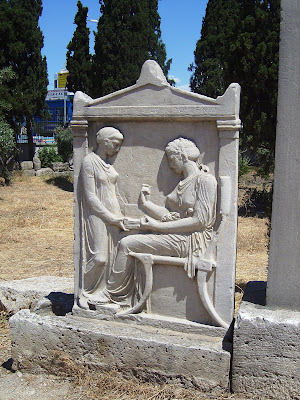 A sculpted grave stone in Kerameikós, the best place to be buried in classical Athens (Photograph: Patrick Comerford)

Lord God,
whose blessed Son our Saviour
gave his back to the smiters,
and did not hide his face from shame:
Give us grace to endure the sufferings
of this present time,
with sure confidence in the glory that shall be revealed;
through Jesus Christ your Son our Lord. Amen.

(Revd Canon Professor) Patrick Comerford is Priest-in-Charge, the Rathkeale and Kilnaughtin Group of Parishes. This Holy Week reflection was prepared for Compline in Holy Trinity Church, Rathkeale, on 28 March 2018.