St-Jean, a Gothic cathedral
in the heart of old Perpignan The Cathédrale St-Jean in the old town of Perpignan (Photograph: Patrick Comerford, 2018)

One of the first places to visit during my strolls through Perpignan yesterday afternoon [16 May 2018] was the Cathédrale St-Jean, with its Gothic architecture, its wrought-iron bell tower and its cloistered cemetery.

The cathedral began life as a collegiate church, the Collégiale Saint-Jean, or Collegiate Church of Saint Jean. However, when the short-lived Kingdom of Majorca moved its capital to Perpignan in 1276, the Kings of Majorca wanted a more impressive church for their new capital. 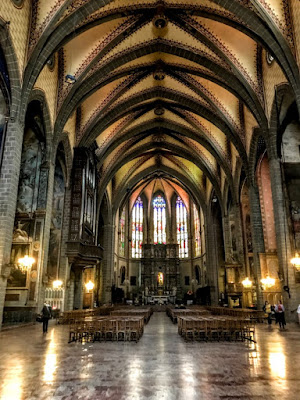 Inside the Cathédrale St-Jean in Perpignan (Photograph: Patrick Comerford, 2018) 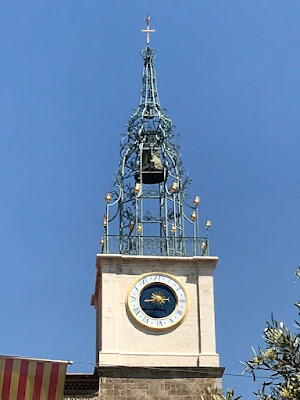 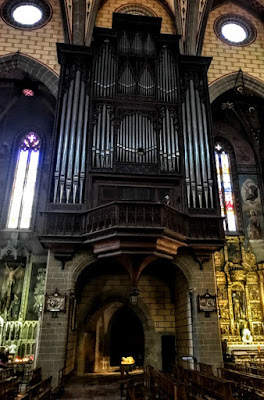 The organ is listed as an historical monument (Photograph: Patrick Comerford, 2018)

The cloister-cemetery or ‘Campo Santo’ dates from the early 14th century and is one of the oldest mediaeval cemeteries in France (Photograph: Patrick Comerford, 2018; click on image for full-screen view)