Poems and prayers of
lament for exiles and
persecuted people

This is the major day of communal mourning in Judaism. Tisha B’Av recalls the destruction of the first and second temples in Jerusalem (586 BCE and 70 CE respectively), but many other tragedies that have befallen Jewish people over the course of history are said to have taken place on this date.

Tradition says that on this day too the Jews were expelled from England in 1290 and from France in 1306, that the Inquisition edicts were signed in Spain on this day in 1492, and the pogroms and World War I that culminated in the Holocaust occurred on this day.

On Tisha B’Av, the Book of Lamentations is read with a special melody, pondering the meaning of grief and loss. As a sign of mourning, it is customary to fast, refrain from bathing, from wearing leather shoes, and from sexual relations.

Leading up to Tisha B’Av, a three-week mourning period, ‘the Three Weeks,’ began on 17 Tammuz (21 July 2019). According to the Mishnah, Moses broke the Tablets after the Sin of the Golden Calf, and the Romans breached the walls of Jerusalem in 70 CE.

Nine days before Tisha B’Av, a new period of more intense mourning begins. Traditional Jews do not eat meat, cut their hair or wash their clothes unless they are to be worn again during the nine days – observances that are seen as signs of joy or luxury and inappropriate for a time of mourning.

The Shabbat immediately preceding Tisha B’Av, Shabbat Hazon (vision), takes its name from the reading) for the day (Isaiah 1). It happens that this is also the reading in the Revised Common Lectionary for tomorrow [11 August 2019]. It describes Isaiah’s vision of national disaster about to befall the people.

Uniquely on Tisha B’Av, Torah study, meant to be joyful, is not permitted. Some parts of the Bible or Talmud are allowed, such as Job or Jeremiah, or sections of the Talmud or Midrash that discuss the destruction of Jerusalem. In synagogues, lights are dimmed and the ornamental parokhet or covering is removed from the ark as a sign of mourning before the evening service. People remove their leather shoes and do not greet each other.

I am preparing resources for priests and readers in the Diocese of Limerick and Killaloe, and from tomorrow, the readings are from Isaiah for two weeks, from Jeremiah for six weeks, and then from Lamentation for two weeks. So, reminding myself of the significance of Tisha B’Av helps my reflections on these readings. 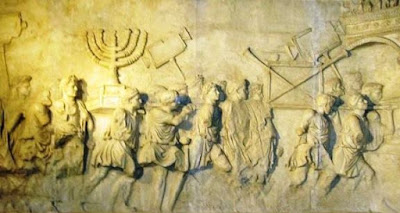 What do these readings and these memories mean for us today?

On this Tisha B’Av, a coalition of progressive Jewish organisations in the US proposes that Jews throughout the US mark Tisha B’Av this year by standing in solidarity with immigrant communities, holding protests and vigils at local Immigration and Customs Enforcement (ICE) offices and detention centres.

‘The idea of this holiday is a moment to mourn catastrophes that have happened to the Jewish community,’ Rabbi Salem Pearce, director of organising at T’ruah, told Marjorie Ingall of the Jewish magazine Tablet. ‘It would be a missed opportunity not to mourn the catastrophe that’s happening before us right now.’

She notes that the same rhetoric once used about Jews is now being used to demonise other communities: ‘Words like ‘vermin,’ ‘lack of moral values,’ threats to the ‘native’ population, ‘outsiders’ …’ She trailed off.

T’ruah has commissioned a new prayer by Rabbi and poet Mónica Gomery, that concludes in a shofar blast. It reads in part:

God of transformation, God of t’shuvah: May this call blast into our consciousness the possibility of redemption, of an end to the dehumanizing and targeting of immigrants, of a world in which all people find sanctuary, safety, and home.

Another prayer, by Rabbi Sharon Cohen Anisfeld, pleads for safety for immigrant children and families:

But more than that
Av Harachamim
Father of all fathers
Mother of all mothers
Source of all compassion—
We are here to say yes.
Yes to children and to families. Yes to the sanctity, to the preciousness, to the dignity of all life, created in Your image. Yes to the truth of Your Oneness, and ours.
Yes to the breathtaking beauty of our world—
And yes to the vital moral fabric of our lives.

To those who would tear that fabric apart,
We are here to say—we will always show up to stitch it back together.
We walk in the footsteps of our ancestor Abraham
Who ‘stitched worlds together’
Who saw connection everywhere
Who was commanded to be a blessing to all the families of the earth.
We know that it is so much easier—and faster—to tear things apart
Than it is to stitch them together.
But we will keep showing up for as long as it takes.
Because we are parents ourselves
Because we are teachers
Because we are witnesses
Because we are weavers
Because we are threads
in the tapestry of Your creation.
We will stitch together what has been torn apart.

Dear God, please give us strength. Give us wisdom. Give us courage.
Gather us all in the embrace of your unending love.
Shema Yisrael Adonai Eloheinu Adonai Echad.
Listen, you who struggle,
And bear witness to the One God who holds us all.

This prayer is followed by reading the names of the six immigrant children known to have died in immigration custody in the US in the last year:

It concludes with Kaddish, the traditional prayer for the dead. 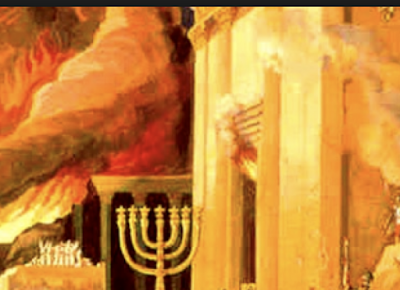