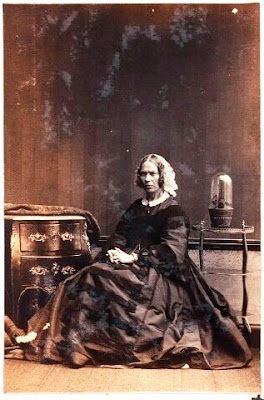 I am speaking later this evening [13 September 2019] in Ardagh, Co Limerick, about the life of Harriet Monsell, who is remembered in the Calendar of Saints in Common Worship and who was a sister of the Irish patriot, William Smith O’Brien.

Both the Smith and O’Brien families are closely associated with Cahermoyle House, near Ardagh, but Mother Harriet Monsell is remembered in the Church of England as one of the key figures in Victorian church history in the revival of women’s religious orders in the Anglican Communion following the death of her husband, Canon Charles Monsell.

Bishop Charles Amyand Harris was the third son of James Edward Harris, 2nd Earl of Malmesbury, who died 10 September 1841, and Harriet Susan, daughter of Francis Bateman Dashwood of Well Vale, Lincolnshire. He was born at Christchurch, Hampshire, on 4 August 1813; his elder brother was James Harris, 3rd Earl of Malmesbury.

Harris had married Catherine Lucia O’Brien, youngest daughter of Sir Edward O’Brien, on 20 May 1837. Their only son, James Edward Harris, died in childhood.

He became the Rector of Wilton, Wiltshire, in 1840, as well as Rector of Bulbridge and Vicar of Ditchampton, and in 1841 became Prebendary of Chardstock in Salisbury Cathedral, and a domestic chaplain to the Bishop of Salisbury.

When his health failed in 1848, he resigned his livings. After some years of rest, he moved in 1856 to Rownhams, Southampton, where Lord Herbert and the widow of Major Colt, had built a new parish church. He succeeded the Ven Henry Drury as Archdeacon of Wiltshire in 1863, and became Vicar of Bremhill-with-Highway, near Calne in Wiltshire.

Catherine (O’Brien) Harris died at Bremhill Vicarage on 31 January 1865. But Harris remained there as parish priest and a coadjutor to his bishop until 1868, when he appointed Bishop of Gibraltar. He was consecrated bishop on 1 May 1868.

Harris was known for his kindly manner, his gentle bearing and his knowledge of languages. At Gibraltar he entered heartily into his work, and regularly spoke of his work there at meetings of the Anglican mission agency, the Society for the Propagation of the Gospel (SPG, now USPG).

After a fever attack in 1872, Harris returned to England and resigned as Bishop of Gibraltar in October 1873. He moved to Torquay, where he died on 16 March 1874, and was buried at Bremhill on 19 March beside his wife Catherine. 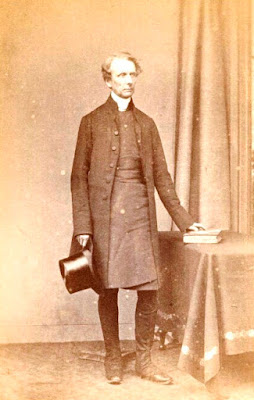 Arthur Martineau was born in Lambeth in 1807, the youngest son of John Martineau. He went to school at Harrow, and then went to Trinity College Cambridge (BA 1829, MA 1832). At Cambridge, he was one of the Cambridge Apostles, an intellectual society founded in 1820 by George Tomlinson, later the first Bishop of Gibraltar. The Apostles derived their name from the fact their founders were 12 in number. The society traditionally drew most of its members from Christ’s, Saint John’s, Jesus, Trinity and King’s College.

Like Charles Harris, Arthur Martineau first considered practising law, and was admitted to the Middle Temple in 1825, but then went forward for ordination. He was a Fellow of Trinity College (1831-1836), and he was ordained deacon in 1837 by the Bishop of Lichfield, Samuel Butler, and priest in 1838 by the Bishop of Ripon, Charles Longley. 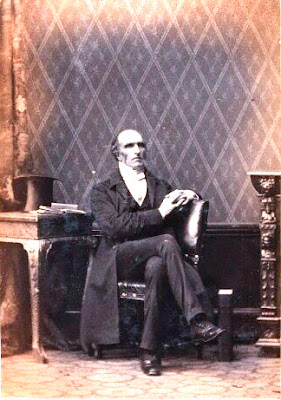