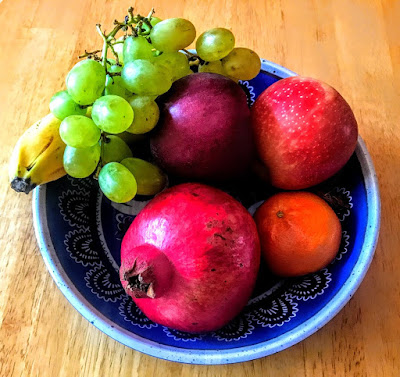 In this season of the Jewish High Holy Days, I have begun a series of blog postings on the synagogues of Dublin.

Rosh Hashanah (רֹאשׁ הַשָּׁנָה), literally the ‘head of the year,’ is the Jewish New Year and a time of inner renewal and divine atonement. The Biblical name is Yom Teruah (יוֹם תְּרוּעָה), which literally translates as the ‘day of shouting or blasting.’

The customs associated with Rosh Hashanah include attending the High Holy Day services in synagogues, when the shofar, a cleaned-out ram’s horn, is sounded, and reciting a special liturgy about teshuva, akin to repentance. Many people go to a repentance or Tashlich service where they throw breadcrumbs or pebbles into running water as a symbol of casting away their sins.

On the second night of Rosh Hashanah, it is customary to eat a new fruit, a symbol of newness. The symbolic foods that have become traditional include pomegranates and apples dipped in honey, hoping to evoke a sweet new year.

This day is also seen as a traditional anniversary of the creation of the first man and woman, Adam and Eve.

A traditional greeting during this holiday is Shanah Tovah, which translates from Hebrew to English as ‘Good New Year.’

The late year, by Marge Piercy

I like Rosh Hashanah late,
when the leaves are half burnt
umber and scarlet, when sunset
marks the horizon with slow fire
and the black silhouettes
of migrating birds perch
on the wires davening.

and with a hidden sting
just brush our faces
at twilight. The threat
of frost, a premonition
a warning, a whisper
whose words we cannot
yet decipher but will.

I repent better in the waning
season when the blood
runs swiftly and all creatures
look keenly about them
for quickening danger.
Then I study the rockface
of my life, its granite pitted

and pocked and pickaxed
eroded, discoloured by sun
and wind and rain—
my rock emerging
from the veil of greenery
to be mapped, to be
examined, to be judged. 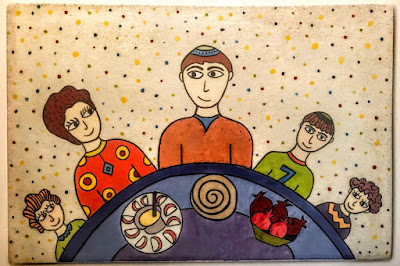 Marge Piercy, ‘The Late Year’ from The Crooked Inheritance. Copyright © 2006 by Marge Piercy.