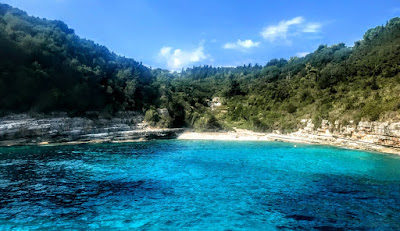 Blue skies, golden sands and turquoise waters in bay on the Greek island of Antipaxos … what is your image of Paradise? (Photograph: Patrick Comerford, 2019)

The Deposition of Christ from the Cross … a painting in Valencia Cathedral (Photograph: Patrick Comerford, 2020)

The first is in the Second Letter to the Corinthians, when the Apostle Paul gives a description of how ‘a certain person’ – perhaps Saint Paul himself – ‘was caught up into Paradise and heard things that are not to be told, that no mortal is permitted to repeat’ (II Corinthians 12: 4).

The second is by Saint John the Divine in his Letter to the Church in Ephesus in the Book of Revelation, when Christ says: ‘To everyone who conquers, I will give permission to eat from the tree of life that is in the paradise of God’ (Revelation 2: 7).

In listening to the Word of God, Saint Paul is caught up into a vision of Paradise. 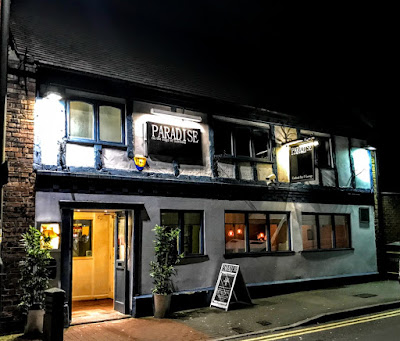 I have a few favourite places that offer me glimpses of what I dream Paradise might be like: I snatch these glimpses walking the beaches in Co Kerry I have got to know in these two years here in this parish; strolling around the Cathedral Close in Lichfield at night, when the lights are out, beneath the star-filled skies; travelling by train along the banks of the River Slaney from Enniscorthy down to Wexford Harbour; on the bus from Iráklion to Rethymnon in Crete, as the sun is about the set behind the Venetian fortezza; the road down the Knockmealdown Mountains that descends from Mount Melleray to Cappoquin, and then passes along the banks of the Blackwater to Lismore. 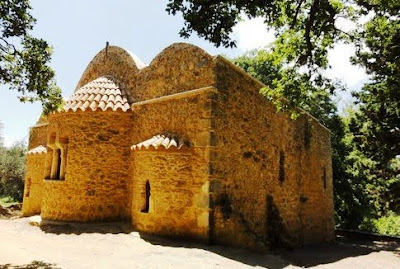 The first of these three places named Paradise is on the Greek island of Crete. Many years ago, on one of our many, lengthy holidays in Crete, we drove up to Kastélli, in the mountains above Iráklion, when we came across a sign pointing down a dirt track with the words: ‘Byzantine Church and Paradise.’ 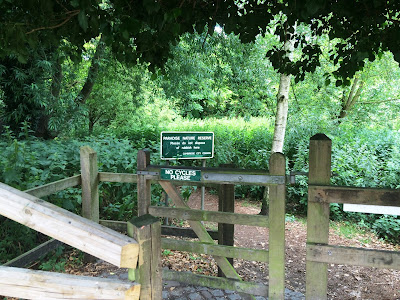 A steep path behind the Palmin Sunset Hotel leads down to the small beach known as Kayip Cennet or Lost Paradise. The path is tough and difficult for anyone with my health problems, but the reward is wonderful, and I would have to be wallowing in self-pity not to want to walk down to this beach. One afternoon there ten years ago (16 August 2010), when the temperatures were in the high 30s each day, hovering between 37 and 39 into the afternoon, I started reading Janet Soskice’s Sisters of Sinai. This is her account of Scottish twin sisters who lived in Cambridge and their discovery of an early copy of the Four Gospels in Saint Catherine’s Monastery in Mount Sinai. 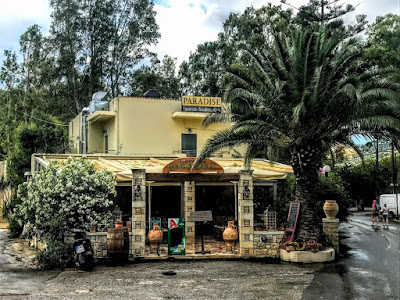 (Revd Canon Professor) Patrick Comerford is priest-in-charge, the Rathkeale and Kilnaughtin Group of Parishes. This is the second of seven reflections on ‘the Seven Last Words’ prepared for Good Friday, 10 April 2020.