Why did the disciples
ask awkward questions
at the Last Supper? 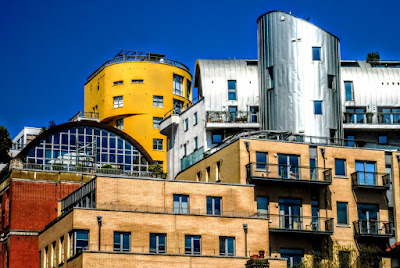 ‘In my Father’s house there are many dwelling-places’ (John 14: 2) … a London skyline seen in Southwark (Photograph: Patrick Comerford)

The Fifth Sunday of Easter

There is a link to readings HERE.

An icon of the Mystical Supper in a shop window in Rethymnon … was Philip asking awkward questions at the Last Supper? (Photograph: Patrick Comerford)

Questioning plays an interesting role in nurturing and developing faith.

In the first reading, when Stephen is questioned at the Sanhedrin, he replies recalling the whole story of Salvation, from Abraham through to Christ. It leads to his martyrdom, but it eventually also leads to Paul’s conversion.

The Gospel reading (John 14: 1-14) is set within the context of the Last Supper, Christ’s Passover meal with the Disciples, and introduces his ‘Farewell Discourse’ in Saint John’s Gospel, in which he responds to their questions by telling them he is the way, the truth and the life.

Judas Iscariot has left the table and the upper room and has gone out into the dark (John 13: 30), about to betray Christ.

Christ then gives his disciples the new commandment, ‘that you love one another’ (John 13: 34). In response to questions from Peter, Thomas, Philip and Jude, Christ now prepares his disciples for his departure.

This Gospel reading includes some well-known sayings, including:

● ‘In my Father's house are many mansions’ (KJV), translated in the NRSV and NRSVA as ‘In my Father’s house there are many dwelling-places’ (John 14: 2)

But, despite the cultural legacy they have left us, the Philip and James recalled on 1 May are, to a great degree, small-bit players – almost anonymous or forgotten – in the New Testament, and in the Church calendar.

The Saint James that the Church remembers on May Day is James, the Son of Alphaeus. We know nothing about this James, apart from the fact that Jesus called him to be one of the 12. He is not James, the Brother of the Lord, later Bishop of Jerusalem and the traditional author of the Letter of James. Nor is he James the son of Zebedee, also an apostle and known as James the Greater. He appears on lists of the 12 – usually in the ninth place – but is never mentioned otherwise.

Philip the Apostle, not Philip the Deacon, came from the same town as Peter and Andrew, Bethsaida in Galilee. When Jesus called him directly, he sought out Nathanael and told him about ‘him about whom Moses … wrote’ (John 1: 45).

Like the other apostles, Philip took a long time coming to realise who Jesus was. On one occasion, when Jesus sees the great multitude following him and wants to give them food, he asks Philip where they should buy bread for the people to eat. We are told Jesus says ‘this to test him, for he himself knew what he was going to do’ (John 6: 6). Philip answers unhelpfully, perhaps in a disbelieving way: ‘Six months’ wages would not buy enough bread for each of them to get a little [bit]’ (John 6: 7).

Jesus answers: ‘Have I been with you all this time, Philip, and you still do not know me? Whoever has seen me has seen the Father’ (John 14: 9a).

Yet, despite the near-anonymity of James and the weaknesses of Philip, these two became foundational pillars in the Church. They display total human helplessness, yet they become apostles who bring the Good News into the world. Indeed, from the very beginning, Philip has an oft-forgotten role in bringing people to Christ. Perhaps because he had a Greek name, some Gentile proselytes came and asked him to introduce them to Jesus.

We see in James and Philip ordinary, weak, everyday, human, men who, nevertheless, became pillars of the Church at its very foundation. They show us that grace, holiness and the call to follow Christ come to us not on our own merits, or as special prizes to be achieved. They are entirely the gift of God, not a matter of human achieving.

We need not worry about questions and doubts … there are many dwelling places in God's house, and faith grows and develops and matures, just as a child learns, through questions.

In following Christ, we need not worry about our human weakness or that others may even forget us. God sees us as we are, and loves us just as we are. It is just as we are that we are called to follow Christ. 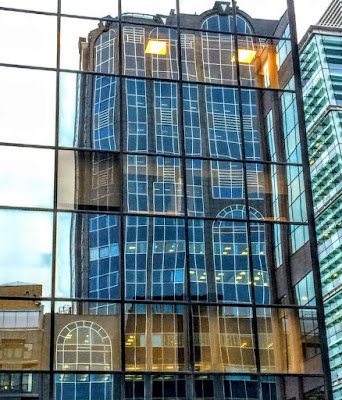 ‘In my Father’s house there are many dwelling-places’ (John 14: 2) … reflections in steel and concrete seen in the Birmingham Diocesan offices (Photograph: Patrick Comerford)

[Jesus said:] 1 ‘Do not let your hearts be troubled. Believe in God, believe also in me. 2 In my Father’s house there are many dwelling-places. If it were not so, would I have told you that I go to prepare a place for you? 3 And if I go and prepare a place for you, I will come again and will take you to myself, so that where I am, there you may be also. 4 And you know the way to the place where I am going.’ 5 Thomas said to him, ‘Lord, we do not know where you are going. How can we know the way?’ 6 Jesus said to him, ‘I am the way, and the truth, and the life. No one comes to the Father except through me. 7 If you know me, you will know my Father also. From now on you do know him and have seen him.’ 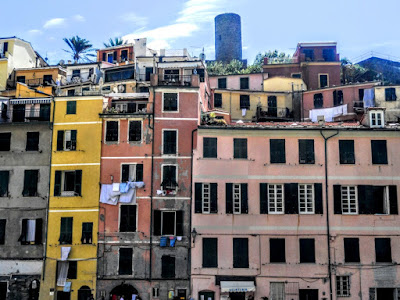 ‘In my Father’s house there are many dwelling-places’ (John 14: 2) … houses and apartments tiered and layered one above another in Vernazza on the Cinque Terre coast in north-west Italy (Photograph: Patrick Comerford)

Lord of all life and power,
who through the mighty resurrection of your Son
overcame the old order of sin and death
to make all things new in him:
Grant that we, being dead to sin
and alive to you in Jesus Christ,
may reign with him in glory;
to whom with you and the Holy Spirit
be praise and honour, glory and might,
now and in all eternity.

Eternal God,
in word and sacrament
we proclaim your truth in Jesus Christ and share his life.
In his strength may we ever walk in his way,
who is alive and reigns with you and the Holy Spirit,
one God, now and for ever. 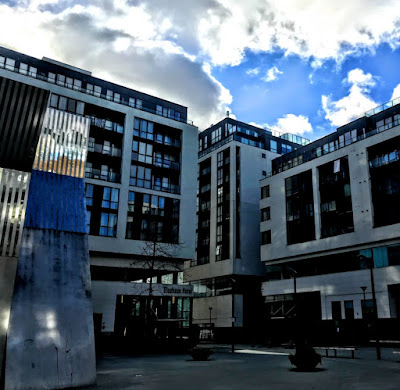 ‘In my Father’s house there are many dwelling-places’ (John 14: 2) … hotels, offices and apartments in Tallaght, Dublin (Photograph: Patrick Comerford) 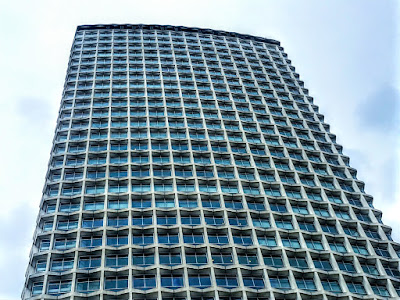 ‘In my Father’s house there are many dwelling-places’ (John 14: 2) … Centrepoint, one the first skyscrapers in London, was at the centre of housing protests in the 1970s and has recently been converted from office space into apartments (Photograph: Patrick Comerford, 2019)

This sermon was prepared for Sunday 10 May 2020, the Fifth Sunday, and was shared at a celebration of the Eucharist in the Rectory, Askeaton, Co Limerick. 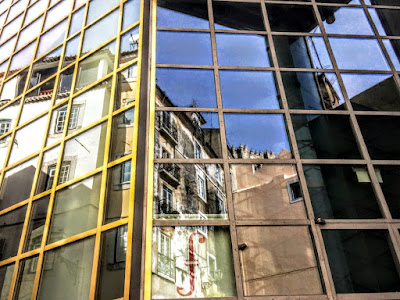 ‘In my Father’s house there are many dwelling-places’ (John 14: 2) … reflections in glass, steel and concrete in Lisbon (Photograph: Patrick Comerford)