Tom Comerford: priest who
turned to liberation theology
after the Newark riots in 1967 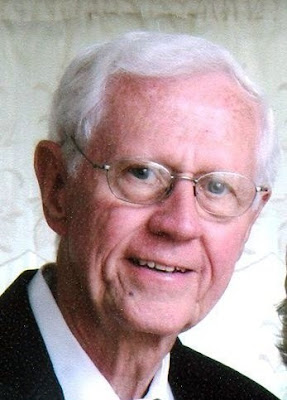 Many commentators have been comparing the present protests throughout the US with protests and riots in the summer of 1967, particularly the Newark riots in July 1967.

The ‘long, hot summer of 1967’ refers to the 159 riots that erupted across the US that year. There were riots in Atlanta, Boston, Cincinnati, Buffalo and Tampa in June and in Birmingham, Chicago, New York City, Milwaukee, Minneapolis, New Britain, Rochester, Plainfield and Toledo in July.

The most destructive riots that summer took place in July, in Newark and Detroit. As a result of the riots that year and the two years before, Lyndon B Johnson set up the Kerner Commission to investigate the rioting and urban issues of Black Americans.

The Newark riots, from 12 to 17 July, were sparked by a display of police brutality. John Smith, an African American cab driver, was arrested and beaten up on 12 July when he drove his taxi around a police car and double-parked on 15th Avenue. The police claimed Smith was charged with ‘tailgating’ and driving in the wrong direction on a one-way street. He was also charged with using offensive language and physical assault.

The National Guards and state troopers were called in, but rioting continued for three more days. As the riots reached their final hours, 26 people, mostly African Americans, were killed, another 750 were injured and over 1,000 were jailed. It was the worst civil disorder in New Jersey and ended on 17 July 1967.

The response of white people to the protests was intense, both positive and negative, and an interesting role was played by Father Thomas Comerford of the Queen of Angels parish in Newark.

The parish was founded in 1930 through the efforts of several black Catholic laywomen and was the first African American Catholic congregation in Newark. The church quickly began an outreach campaign that lasted for decades and affected the entire Newark community – black and white, Catholic and Protestant. By the 1960s, many people looked to Queen of Angels as a model of social and civil rights activism. 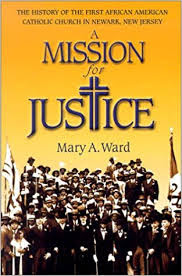 In her study of the parish, A Mission for Justice (University of Tennessee Press, 2002), Professor Mary A Ward, an adjunct professor of religion at Fordham University, has placed Queen of Angles parish within its broader historical, religious, theological and social context.

She explores the church’s struggle for justice within the Catholic Church and in society as a whole.

In A Mission for Justice, Professor Ward draws on the oral histories of parishioners, priests, nuns, and lay workers at the parish. It is a book that provides valuable reading for everyone who is interested in African American and church history, and all who are interested in the history of social activism and the Civil Rights Movement.

Father Tom Comerford’s arrival at Queen of the Angels parish ‘sparked national attention at the church,’ his former parish priest, Monsignor William Linder, later recalled in his book Out of the Ashes Came Hope (2016).

As the Newark protesters took to the streets and the police responded with brutality, Monsignor Richard McGuinness of Saint Bridget’s Church had a vision for bringing the community back together, saying the ‘biggest job will be to get the people in the suburbs to avid blaming everybody, not to hold grudges, to love the Negro people and to work with them.’

But his eirenic approach was opposed militantly by a militant, vigilante group headed by Anthony Imperiale who advocated ‘armed white self-defence.’ The group was accused of vigilantism, and Governor Richard J Hughes called Imperiale’s followers ‘Brownshirts.’ At one stage, Imperiale warned that ‘when the Black Panther comes, the white hunter will be waiting’ – rhyming words that seem to be echoed chillingly in some of Donald Trump’s recent soundbites, such as ‘when the looting starts, the shooting starts.’

Imperiale planned to set up a police-like canine corps. But many of his opponents, including Father Thomas Comerford at Queen of the Angels Parish, immediately recalled images of dogs set on civil rights marchers in the Deep South.

A city council meeting was called to discuss Imeperiale’s proposal for a dog corps. Tom and some of his parishioners went to the town council meeting to try to stop it. The meeting was attended mostly by white North Ward residents and Imperiale’s militants. It was a noisy and aggressive meeting, filled with a hostile crowd.

As Tom Comerford made his way to the podium, he was assailed by blatant verbal hostility from Catholics who would normally have been respectful towards a priest. He was shaken by the abuse, but still spoke. He wanted people to know not only why dogs were not needed, but ultimately would be instruments of more violence and degradation.

When Tom tried to leave after the meeting, he was surrounded by an angry mob. For a moment, he was not sure he would get out unharmed. Thoroughly shaken, he left and drove back to the parking lot at Queen of the Angels. It was 10 or 11 o’clock at night, and the parking lot was dark and empty but for one, lone parishioner who was returning from the meeting.

Joe Chaneyfield was a black community leader who had been Tom’s mentor over the years, teaching him about the inner city and the black community. He walked over to Tom, looked at him, and in a quiet voice said, ‘Thanks, Father, for what you did for my people tonight.’

Tom Comerford was beginning to learn that his parishioners at Queen of the Angels did not expect that kind of support from white people. The experience moved him closer to the people, and pushed him to engage in more public action on behalf of the black community.

The reach of Queen of Angels parish extended far beyond its own parishioners. In the following year, when riots erupted in other cities across the US after the murder of the Revd Dr Martin Luther King, Tom and his parish played an instrumental role in organising the Walk for Understanding, a peaceful march of 25,000 people, black and white, through the heart of the inner city. That event and the ethos that inspired it gave birth to the New Community Corporation, the largest non-profit housing corporation in the US, led by the former Queen of Angels parish priest, Monsignor William Linder.

Dr Bill Still was another community leader who tried to bring calm to the climate in Newark, and who advocated nonviolence. When he died in July 1968 at the age of 48, he was described as ‘the embodiment of Christian ideals, a man who succoured the poor and gave hope to all those who care about the future of Newark … where racial harmony and social justice can prevail.’

Tributes poured in from Coretta Scott King and Ted Kennedy, and the eulogies at his funeral were delivered by Father Tom Comerford, Rabbi Shlomo Levine of Temple B’nai Abraham and the Revd Benjamin F Johnson of Metropolitan Baptist Church. Tom Comerford said the greatest tribute that could be paid to Bill Still was to continue his work.

Tom left the parish in the summer of 1969, and with the support of Father Thomas Carey he studied at San Miguelito Mission in Panama, one source of liberation theology that was then emerging. He left his rectory to live among public housing tenants and to organise them.

Newspaper reports made much of Tom as the only white tenant at the Stella Wright Homes. There he led the tenants on a two-year rent strike from 1970 to 1972, one of the longest in the US.

By the time the strike ended, many of the tenants had saved enough money to buy their own homes. Father Comerford had opened a bank account for the striking tenants to deposit their rent money. ‘He ultimately wound up serving time in jail for action,’ Monsignor Linder later recalled. ‘But I’d say it was well worth the 30 days or so that he spent at the county jail for all those who were able to become homeowners.’

Thomas J Comerford was born in Newark 18 July 1937, the son of Dorothy (Hertig) and Joseph Comerford. He grew up with two brothers, Richard and Mark, and a sister, Judith (Judy) Barbarito (Edward), and went to Westfield High School in 1955.

After receiving his BA from Seton Hall University and an MA from Manhattan College, he was ordained a priest from the Newark Archdiocese in 1963 and served at Sacred Heart Church, Vailsburg, before moving to Queen of Angels Church in Newark, where he was active in the civil rights movement and demanding improvements in public housing.

Later, he returned to graduate school, receiving an MSW in Social Work from Fordham University and MBA in Management from Seton Hall University.

Tom began a 25-year career with the New Jersey Division of Youth and Family Services in 1976. Over time, he managed two district offices in Newark, as well as the East Orange District Office. In addition, he served as Acting Assistant Regional Administrator.

After 15 years, Tom became the County Service Specialist for Union County and was involved in setting up the Elizabethport Group and Family Centre at Pioneer Homes. This project was the first of its kind, improved the quality of life in the Port area of Elizabeth and remains active to this day.

Tom was also an Adjunct Professor of Social Work at Seton Hall University. In his closing days he was active at Saint Philomena’s Church, serving on the Parish Council, as a Eucharistic minister, on the RCIA team, as a CCD teacher and a Partnership leader. He also coached local baseball, softball and basketball teams. He was an avid sports fan especially of the New York Yankees and Giants and Seton Hall basketball teams. He enjoyed travelling, reading, golf and the theatre.

After retiring in 2001, Tom Comerford was active in the Old Guard of Livingston serving as Chaplain and would often collect bread from local shops for the soup kitchens of Newark. He died at the age of 74 on 26 September 2011. His funeral Mass was celebrated in Saint Philomena’s Church, Livingston, New Jersey.

Tom Comerford and his wife of 37 years, Ellen (Walsh), were the parents of a daughter Pegeen Williams and a son Thomas, and have three grandchildren, Brynn and Thomas Comerford and Ellie Williams.

Today, Queen of Angels is one of several African American Catholic parishes in Newark, and its mission is now more pastoral than activist. The church continues as a home to community-based programmes working to improve the lives of Newark’s residents. Tom Comerford and Ellen Walsh on their wedding day