Genealogical digressions
illustrate the stupidity of
the arguments of racists 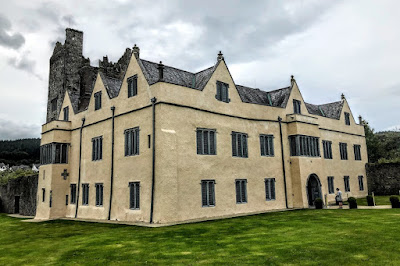 Ormond Castle in Carrick-on-Suir, Co Tipperary … an ancestral home of the Ormond Butlers – and of how many other Irish people? (Photograph: Patrick Comerford)

During this late summer ‘Road Trip,’ our visit to the Ormond Castle in Carrick-on-Suir, Co Tipperary, last week reminded me of the persistent tradition in the Butler family that the friendship between Thomas Butler (1531-1614), 10th Earl of Ormond, and a young Queen Elizabeth I was more romantic than platonic.

‘Black Tom’ and ‘Good Queen Bess’ were distantly related – they were fifth cousins through the descent of her mother from Thomas Butler, 7th Earl of Ormond.

But this persistent tradition also alleges that Elizabeth had secretly given birth to one of Black Tom’s illegitimate sons, Piers FitzThomas Butler of Duiske Abbey, Co Kilkenny. His eldest son, Sir Edward Butler of Duiske, Co Kilkenny, was given the title of Viscount Galmoye in 1646.

Edmund Butler married his second cousin Anne Butler, whose father was a first cousin of ‘Black Tom.’ Their daughter Elizabeth married Luke Comerford of Callan. Anne was also a sister of Helen Butler who married her second cousin, Walter Butler, 11th Earl of Ormond, and of Eleanor Butler who married Morgan Kavanagh and was the mother-in-law of John Comerford of Ballybur Castle.

In this way, Luke Comerford of Callan had married a daughter of an alleged grandson of Black Tom and Queen Bess.

I digressed in my account of Ormond Castle by pointing out that by the early or mid-17th century, all the major branches of the Comerford family in Co Kilkenny and Co Wexford were intermarried with the Ormond Butlers.

However, as I pointed out, these are the normal rather than exceptional expectations in Irish genealogy, a point than can be made by adapting the projections in a new book by Adam Rutherford that I bought in the Book Centre in Wexford last week before heading on to Carrick-on-Suir. 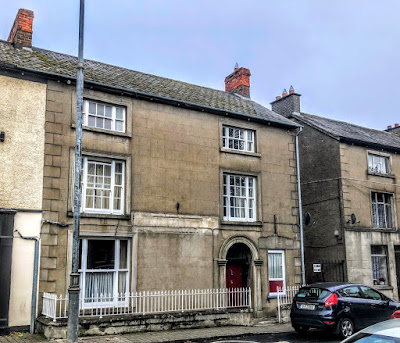 In fact, Dr Rutherford’s book is not arguing with racists; it is totally dismissive of racism, and points out the absurdity of all racist arguments.

One way he does this is through his critical examination of genealogy, its purposes and its methods, in Chapter 2, headed ‘Your ancestors are my ancestors’ (pp 67-107).

Adam Rutherford is a science writer and broadcaster with a PhD in genetics. He points out that in the study of genetics, there is an assumed generational time of 24 to 30 years, and he points out too that in every generation back through time the number of ancestors you have doubles.

He says, ‘This apparent paradox reveals quite how incorrectly we think about our ancestry.’ Our family trees coalesce and collapse in on themselves as we go back in time. I certainly have a trillion positions on my family tree 1,000 years ago. But the further I go back, the more frequently these positions will be occupied by the same individual multiple times.

He points out that family trees coalesce with startling speed. ‘The last common ancestors of all people with longstanding European ancestries lived only 600 years ago – meaning that if we could draw a perfect family tree for all Europeans, at least one branch on each tree would pass through a single person who lived around 1400 CE. This person would appear on all our family trees, as would all of their ancestors.’

I have taken part in some of the programmes in the popular television series Who Do You Think You Are?. Rutherford recalls an episode in which the actor Danny Dyer found he was 22 generations directly descended from King Edward III in the 14th century. But, as points out, ‘the chances of anyone with longstanding British ancestry being similarly descended from Edward III is effectively 100 per cent. It is true for Danny Dyer, and it is true for the majority of British people too.’ 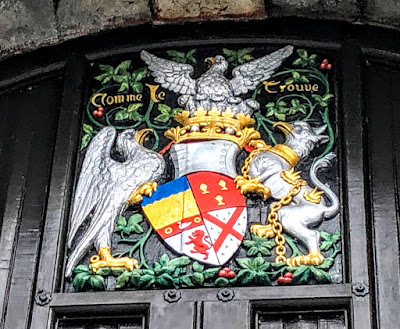 The coat-of-arms of the Ormond Butlers above the entrance to Kilkenny Castle (Photograph: Patrick Comerford, 2020)

Because of the historically smaller population in Ireland, and the even smaller population in south-east Ireland, it is possible to deduce from this argument that the descent of any branch of the Comerford family in Kilkenny, Wexford, Waterford and Tipperary from the Ormond Butlers is a normal rather than exceptional expectation in genealogical research.

Indeed, if Piers Butler was – as persistent rumours claim – a secret love child of Thomas Butler and Queen Elizabeth born almost 500 years ago – when we all have 1,048,576 ancestors – and if he has descendants in the Comerford family, then the chances of anyone with longstanding ancestry in south-east Ireland being similarly descended are effectively 100 per cent.

‘In other words, if you were alive in the tenth century in Europe, and you have European descendants alive today, then you are the ancestor of all Europeans alive today.’

The global isopoint comes out at around 3,400 years ago.

Genealogy helps me to find identify in community across time and space. But it also shows that there is no such thing as the concept pushed by the far-right as ‘racial purity.’ If I am descended from the Butlers, the Comerfords, the Comberfords or the Quemerfords, so too are you, in all probability. If you are descended from Edward III, Charlemagne and King David, so too am I.

As he says, it is ‘pretty much impossible for all Europeans’ to have no Jewish ancestors.

In the story of Abraham, the Lord brings him outside and says, ‘Look toward heaven and count the stars, if you are able to count them.’ Then he says to him, ‘So shall your descendants be’ (Genesis 15: 5). It is true too that we are all descended from Abraham.

In a review in the Guardian earlier this year, Manjit Kumar wrote, ‘Every Nazi had Jewish ancestors. Discovering this fact alone is worth the price of Adam Rutherford’s engaging and enlightening new book.’ 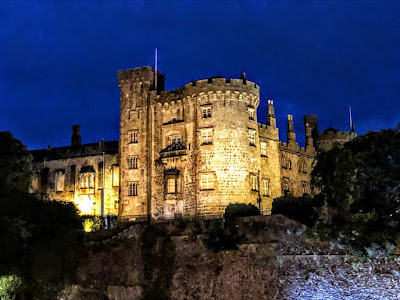 Kilkenny Castle … one of the ancestral homes of the Ormond Butlers (Photograph: Patrick Comerford, 2020)