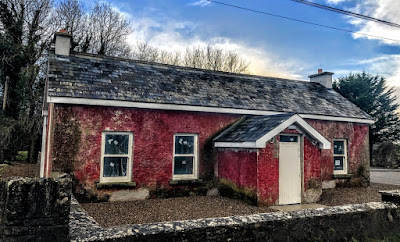 Ballysteen’s old Carnegie library is getting an upgrade, with plans to turn it into a community centre that can also be used for a wide range of community activities, including a venue social events, indoor sports, dancing, music and night classes.

A dedicated local community in the village in west Co Limerick has been raising funds for this project, including selling Christmas decorations and logs in the market in the Square in Askeaton on Friday mornings.

Andrew Carnegie (1835-1919) was a Scottish-American philanthropist, and between 1897 and 1913 he promised over £170,000 for building 80 public libraries in Ireland. He wanted these libraries available to everyone with the hope that reading would improve the lives of local people.

The result is that the libraries are distributed unevenly around Ireland. They are concentrated in the Dublin and Belfast areas, Co Waterford, East Cork, Co Kerry and West Limerick.

Of the 62 Carnegie libraries that survive, 14 were built in West Limerick, in two rural districts: Rathkeale and Newcastle West.

The more rural buildings were simple, single-storey structures with little architectural pretension. They had one or two porches and looked quite similar to school buildings.

They were designed by the Rathkeale-based architect, engineer and surveyor, Francis Hartigan (1863-1933).

Frank Hartigan was born in Co Limerick in 1863, the son of Patrick Hartigan, a farmer. He was educated at Queen’s University, Galway (BE), and in 1904 he married Rita Danaher from Athea, Co Limerick, in Saint Saviour’s Dominican Church, Limerick. They lived at Saint Kieran’s, Rathkeale.

Hartigan became district engineer for Rathkeale and from 1904 to 1907 he was responsible for designing several plain and basic Carnegie Libraries in Co Limerick.

Hartigan was appointed an assistant county surveyor for Co Limerick in 1915, and for many years he was engineer of the old Rathkeale District Council and Board of Guardians. He died in Saint John’s Hospital, Limerick, on 15 July 1933 at the age of 70. 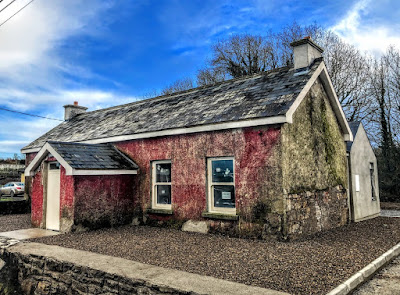 The Carnegie Library in Ballysteen was built in 1905, but it never had toilet facilities and it was derelict by 2004. The derelict library and site were bought by a local development group in October 2019, and rebuilding and development work began in January 2020.

This community project is part-funded by the Department of Rural and Community Development, and Limerick City and County Council under the Town and Village Renewal Scheme. Other donations have come from the Tomar Trust, JP McManus Benevolent Fund, Stonehall Harriers Hunt, Aughinish Alumina, and local fund-raising.

However, as the project nears completion, there is still a deficit of €46,000, and local fund-raising drives continue.

As for the other Carnegie libraries in West Limerick, the libraries built on the initiative of the Newcastle West Rural District Council were of a different style. They were designed by the President of the Royal Institute of Irish Architects, Richard Caulfield Orpen (1863-1938), and they include a library in Newcastle West (1916) and smaller branch libraries in Athea (1917), Broadford (1917), Cloncagh (1917) and Feenagh (1917).

Orpen’s designs were more architecturally competent, with the smaller buildings having the appearance of estate cottages or gate lodges. There is a hint of Arts and Crafts design in their execution. One of their most distinguishing features is the simple cut limestone doorcase that gives these buildings a touch of architectural quality. 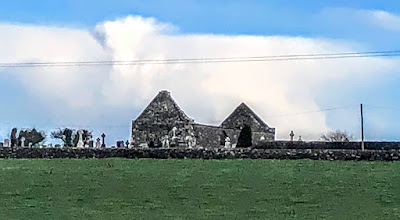 The church ruins and churchyard at Beagh seen from the Carnegie Library in Ballysteen (Photograph: Patrick Comerford)