A surprise gift is a reminder of
childhood days in Cappoquin 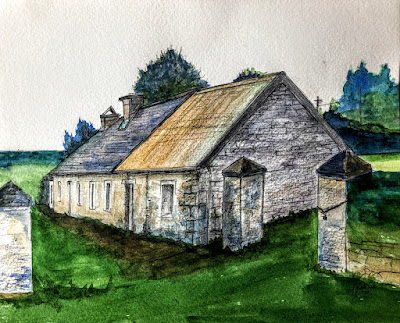 I was speaking yesterday of the generosity, friendship and hospitality I have been offered since I arrived in the Rectory in Askeaton, Co Limerick, four years ago as priest-in-charge of the Rathkeale Group of Parishes.

A moving example of this generosity and friendship came earlier this week when a parishioner called to the Rectory with a painting of my ‘Gran’ Hallinan’s former home at Moonwee, near Cappoquin, Co Waterford.

Jackie Gardiner is a parishioner and mother-of-two who lives at Beagh, near Ballysteen, Co Limerick. She is also a talented artist, and a number of her works already adorn the walls of the rectory.

But this painting was a moving and poignant gift. She had noticed my emotional comments on social media about my most recent visit to the house at Moonwee.

This house is the earliest house I can recall in my childhood memories. Emotionally it still has the place of a childhood home in my memories, and the first photograph I have of me is as a one-year-old child in front of this house in 1953. 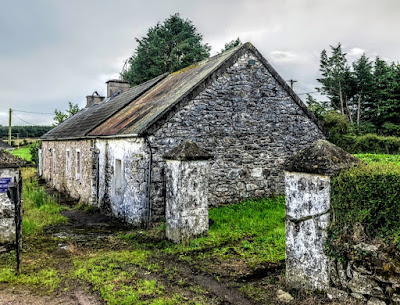 During the ‘Roadtrip’ around Munster and South Leinster last summer, I paid a short visit to the house at Moonwee on 27 August, while I was visiting Cappoquin, Villierstown, Lismore and Mount Melleray. The house is vacant at present, and it was some years since my previous visit in 2012.

This was the home of my ‘Gran’ Hallinan, Mary Hallinan (1888-1961), and my ‘Grandad’ Hallinan, Edmond Hallinan (1872-1964). They were not my grandparents genealogically, but that is the place they had – and continue to have – in my emotions and memories.

The farm had originally been the home of the McCarthy family, supposedly since the end of the 18th century, when they first arrived here as tenants of the Keane family of Cappoquin House.

Mary Hallinan was born on 25 March 1888 in Moonwee, the daughter of John Carthy or McCarthy, farmer, of Moonwee, and his wife Margaret (née Ryan). John and Bridget had no sons, and so the farm eventually passed to their daughter Mary after she married Edmond Hallinan on 29 February 1908. The witnesses at their wedding in Saint Mary’s Church, Cappoquin, were William Barron and Bridget Ryan.

Edmond was born on 16 September 1872, a son of John Hallinan, farmer, of Scart, Ballinamult, Co Waterford, and his wife Johanna (née Scattery). Ballinamult is close to the Waterford/Tipperary county boundary, in a gap between the Knockmaeldown and Comeragh Mountains.

After my Uncle Pat died, the O’Shea family bought the farm at Moonwee. It is good to have colourful memories of Moonwee to hang on the Rectory walls in Askeaton, and to remind me of memories that go back to the earliest days of my childhood.

May their memories be a blessing. 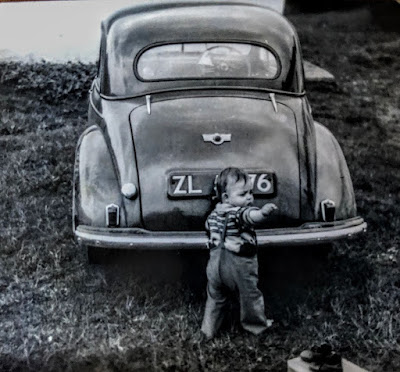 A childhood photograph at Moonwee in 1953 (Comerford family collection)