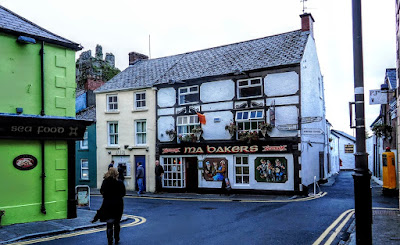 Joe Biden is due to be inaugurated as the 46th President of the United States later this month, in a public ceremony in front of the Capitol Building in Washington on Wednesday 20 January.

Already, links to the new president have been claimed by Co Louth, Co Mayo, and – more recently – Co Wexford. According to genealogist John Hamrock, all eight of Joe Biden’s great-great-grandparents on his mother’s side were born in Ireland in the first half of the 19th century and two great-grandparents on his father’s side were born in Ireland too.

He once told RTÉ: ‘My grandfather and grandmother Finnegan, all my mother’s brothers, and my father told us about the courage and commitment it took for our relatives to emigrate from Ireland – in the midst of tragedy to distant shores, where they didn’t know what awaited them. It took great courage.’

His closest link to Ireland is his great-grandfather, James Finnegan, who emigrated from Carlingford, Co Louth, as a child in 1850, and his great-grandmother, Catherine Roche, who left Taghmon, Co Wexford, in the 1840s. 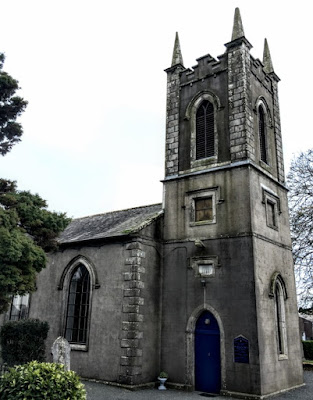 The family history research company Ancestor Network has carried out extensive research into the new President’s family tree. According to the genealogist John Hamrock, he has strong Irish roots. In the way Americans calculate or define Irish identity, President Biden is five-eighths Irish, with ten of his 16 great-great-grandparents born in Ireland.

Jean Finnegan was the daughter of Ambrose Joseph Finnegan and Geraldine Blewitt, who were married in 1909. Ambrose Finnegan was born in 1884, the son of Catherine (Roche) and James Finnegan, who lived in New York and moved to Scranton, Pennsylvania.

Ambrose Finnegan’s parents, Owen and Jane Finnegan, were from the Cooley Peninsula, near Carlingford, Co Louth. Owen Finnegan was born ca 1820, and while no record of his baptism survives, his parents may have been James Finnegan and Mary White. Owen Finnegan and Jane Boyle were married in 1839 in Carlingford. He emigrated to New York in 1849, and his wife Jane arrived a year later, with three children, James (7), Stephen (5) and Patrick (infant). Jane died in 1874 and Owen died in 1875.

Another son, Ambrose Joseph Finnegan, later married Catherine Roche, whose parents, Thomas and Roche and Bridget (née Fox), were from Taghmon, Co Wexford. Thomas Roche, who was born in 1813, was a stonemason. His daughter Catherine Roche emigrated from Taghmon in the 1840s; she later married Ambrose Joseph Finnegan, and they are great-grandparents of Joe Biden. 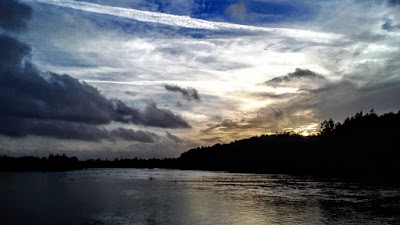 The Blewitt family from Rappacastle was living in Ballina by the 1820s. Edward Blewitt was a brickmaker, supplying bricks for the building of Ballina Cathedral in 1827, and his son Patrick Blewitt was baptised in Ballina in 1832.

Edward is thought to have worked with the Ordnance Survey in Mayo in the 1830s, and the family left Ballina for neighbouring Ardagh after an outbreak of cholera in Ballina, before moving to America.

Today, Mr Biden’s Irish relations through the Finnegan family include the Ireland rugby internationals Rob and Dave Kearney. Their father, David Joseph Donald Kearney, is a fifth cousin of the president-elect, according to research out by Epic, the Irish Emigration Museum.

Kamala Harris and
an Irish slaveholder

The new Vice-President, Kamala Harris, has strong family roots in Jamaica through her father and in India through her mother. But Irish genealogists recently explored whether her great-grandmother from Jamaica, Iris Finegan, had another Irish link to match Joe Biden’s links with Louth, Wexford and Mayo and Louth.

However, if there is an Irish link in Kamala Brown’s ancestry, it is most likely through Hamilton Brown, who was from Co Antrim.

Her father, Professor Donald J Harris, is the son of Beryl and Oscar Harris, known to the family as ‘Miss Beryl’ and ‘Maas Oscar’. His paternal grandmother, Christiana Brown, was known as ‘Miss Chrishy’ and his maternal grandmother, Iris Allen or Finigan, was ‘Miss Iris.’

He has told how Miss Chrishy was a ‘descendant of Hamilton Brown, who is on record as plantation and slave owner and founder of Brown’s Town.’ The Harris family was based in Orange Hill, Brown’s Town.

Kamala Harris’s great-grandmother Christiana Brown was born about 1881. According to Donald Harris, she was a descendant of Hamilton Brown, a slave owner and the founder of Brown’s Town. 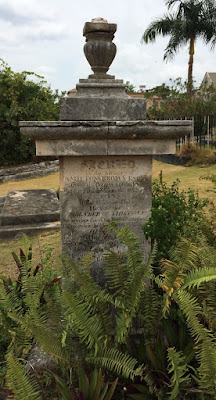 The grave of Hamilton Brown in Jamaica … was the slaveowner from Co Antrim an ancestor Kamala Harris? (Photograph: Find a Grave)

Hamilton Brown was an Ulster Presbyterian and settled in Jamaica when he was about 20. He became a prominent plantation and slave owner, and was a lawyer and a member of the Jamaican Assembly. He was described as ‘an ignorant, brutish and fiend-like man, well calculated to be a member of the House of Assembly or any house disposed to uphold slavery.’

Hamilton Brown campaigned vigorously against the abolition of slavery and resented ‘the interference of the home government with their slaves.’ At the abolition of slavery in 1834, Brown was associated with compensation claims involving more than 1,000 slaves. He returned to Ireland to recruit new labourers in Ballymoney, Kildare and Limerick to replace the slaves on his plantations.

Brown died on 18 September 1848, and he is buried at Saint Mark’s Anglican Church in Brown’s Town.

Donald J Harris’s father, Kamala Harris’s grandfather, was born on 5 April 1914 and at birth was named Oscar Wilde Brown, perhaps as a tribute to the Irish writer. But his birth was re-registered as Oscar Joseph Harris in 1950. Meanwhile, the connection between Hamilton Brown and Kamala Harris remains unproven.

Biden’s links with
the Wexford Kennedys 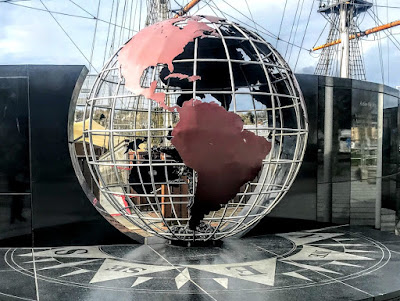 The ‘Emigrant Flame’ on the Quays at New Ross, Co Wexford … the great-grandparents of John F Kennedy and Joe Biden may have left New Ross for America around the same time (Photograph Patrick Comerford)

Paul Roche was amazed when he came across discover Joe Biden’s links with Co Wexford. Already Co Wexford had one of the most significant connections with any American president in John Fitzgerald Kennedy, whose great-grandfather, Patrick Kennedy, was from Dunganstown, Co Wexford.

‘Where the Roches lived was only 18 miles from Dunganstown,’ he told the Wexford People. ‘Both great-grandparents possibly left New Ross around the same time for America.’

One genealogist said, ‘it’s fair to say’ that Joe Biden is ‘the most Irish of Irish presidents since John F Kennedy.’ The Kennedys were from Co Wexford and the Fitzgeralds from Bruff, Co Limerick.

Thomas Fitzgerald from Bruff emigrated to Boston and married Rosanna Cox from Co Cavan. Their son, John Francis (‘Honey’) Fitzgerald, was Mayor of Boston, and the father of Rose Kennedy, mother of the brothers John F, Bobbie and Ted Kennedy. 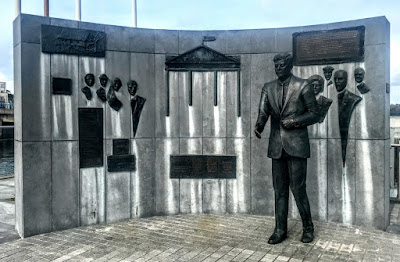 In all, 22 US Presidents to date have Irish ancestry, from parents to seven times great grandparents and the children of immigrants. Although none was actually born in Ireland – if they were, they would not be eligible for the Presidency – many have come back to Ireland to visit their ancestral homes.

Andrew Jackson, the seventh President (1829-1837), was the first with Irish ancestry. He was born in 1767 to parents who emigrated from Carrickfergus just two years earlier with their two Irish-born sons. His father died at 29, just a few weeks before his birth.

James Buchanan also had Irish parents. His father, also James Buchanan, emigrated from Milford, Co Donegal, in 1783, and he raised James and his ten siblings in Pennsylvania.

As for Donald Trump, his only connection with Ireland seems to be his golf resort in Doonbeg, Co Clare. And that is probably more than enough. 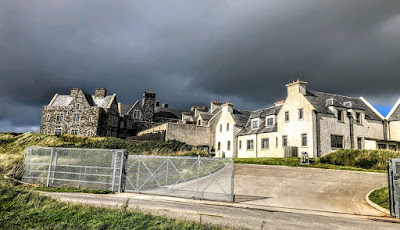 Captions:
Posted by Patrick Comerford at 14:30