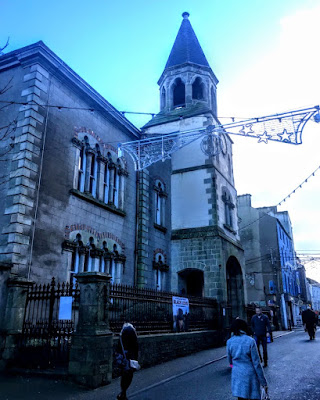 My photographs this morning (16 March 2021) are from Saint Iberius’ Church, Wexford. I lived in Wexford for about three years in the early to mid-1970s, working as a journalist with the Wexford People group of newspapers. I alternated my Sunday church-going between Saint Iberius’ Church, Wexford, and the Quaker Meeting House in Enniscorthy, and was on the committee of the YMCA, which then served as the parish hall.

During those years, I was invited to preach for the first time – in the Presbyterian Churches on Anne Street, Wexford, and in Enniscorthy – and to speak to a parish Lenten study group, when Canon Norman Ruddock invited me to what was the Killanne and Killegney Group of Parishes in 1974. Later, when he was Rector of Wexford, he invited me back to speak and preach in Saint Iberius’ Church, and was the key people in influencing my decision to go forward for ordination. Wexford town still feels like home, and I love to return to this church. 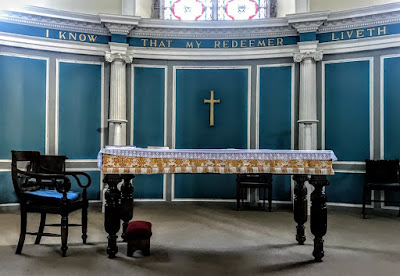 1 After this there was a festival of the Jews, and Jesus went up to Jerusalem.

2 Now in Jerusalem by the Sheep Gate there is a pool, called in Hebrew Beth-zatha, which has five porticoes. 3 In these lay many invalids—blind, lame, and paralysed. 5 One man was there who had been ill for thirty-eight years. 6 When Jesus saw him lying there and knew that he had been there a long time, he said to him, ‘Do you want to be made well?’ 7 The sick man answered him, ‘Sir, I have no one to put me into the pool when the water is stirred up; and while I am making my way, someone else steps down ahead of me.’ 8 Jesus said to him, ‘Stand up, take your mat and walk.’ 9 At once the man was made well, and he took up his mat and began to walk.

Now that day was a sabbath. 10 So the Jews said to the man who had been cured, ‘It is the sabbath; it is not lawful for you to carry your mat.’ 11 But he answered them, ‘The man who made me well said to me, “Take up your mat and walk”.’ 12 They asked him, ‘Who is the man who said to you, “Take it up and walk”?’ 13 Now the man who had been healed did not know who it was, for Jesus had disappeared in the crowd that was there. 14 Later Jesus found him in the temple and said to him, ‘See, you have been made well! Do not sin any more, so that nothing worse happens to you.’ 15 The man went away and told the Jews that it was Jesus who had made him well. 16 Therefore the Jews started persecuting Jesus, because he was doing such things on the sabbath.

Let us pray for communities across Mozambique that have been hit hard by the effects of climate change. 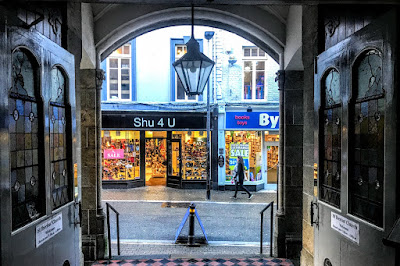 The church has an intimate relationship with North Main Street and the heart of Wexford (Photograph: Patrick Comerford)