Praying in Ordinary Time 2021:
18, The cathedral and ‘leaning tower’ of Pisa 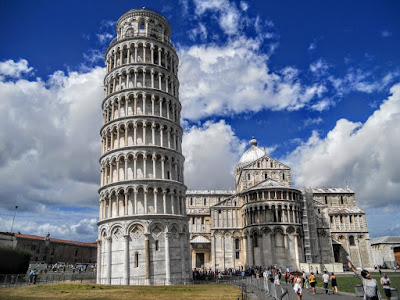 The Duomo or Cathedral of Santa Maria Assunta in Pisa, and its ‘leaning tower’ (Photograph: Patrick Comerford) 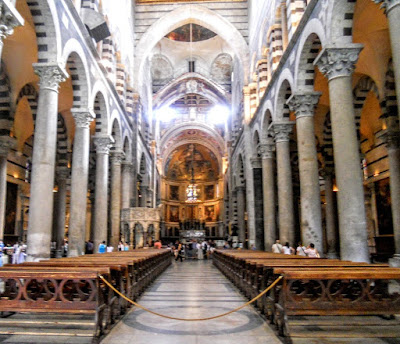 Inside the Duomo … Galileo watched the swinging sanctuary lamp and developed his theory about the movement of a pendulum (Photograph: Patrick Comerford)

Pisa, which was once a naval power that rivalled the seafaring reputations of Amalfi, Genoa and even Venice. The waters of the deltas of two rivers – the Arno and the Serchio – on which Pisa was built have since silted up and Pisa is so far inland today that is hard to imagine that Pisa was once a great Mediterranean port and an independent maritime republic dating back to the tenth century. Indeed, the town is so old that its Etruscan origins can be said to predate the foundation of Rome by centuries.

The entrance through the old city walls leads into the Piazza del Duomo (Cathedral Square) or Piazza dei Miracoli (Square of Miracles), the wide, walled, partly-paved and partly-grassed area at the heart of the city.

At the heart of the piazza is the Duomo or Cathedral of Santa Maria Assunta. This five-nave cathedral was built in 1064 by Buscheto, in the distinctive Pisan-Romanesque style.

Pisa’s most famous son, Galileo Galilei, is said to have formulated his theory about the movement of a pendulum by watching the swinging of the sanctuary lamp hanging in the cathedral nave.

Across from the cathedral, the Baptistry dates from 1153, and was completed in the 14th century, when the top storey and dome were added by Nicola and Giovanni Pisano. This is the largest baptistry in Italy, and is a few centimetres higher than the ‘Leaning Tower.’

The Baptistry is known for its acoustics, and the guards sometimes treat visitors to short singing demonstrations of this.

The ‘Leaning Tower’ was built originally as the campanile or bell tower for cathedral, and is about 60 metres high. Building began in 1173 and the bell-chamber was added only in 1372. But five years after building began, as work reached the third-floor level, sinking began due to the weak subsoil and the poor foundations.

The building was left alone for a century, the subsoil stabilised, and the building was saved from collapsing. Building work resumed in 1272, and the upper floors were added, with one side taller than the other. The seventh and final floor was added in 1319. But by then the building was leaning one degree, or 80 cm from vertical. Today, the tower is leaning by about four degrees. 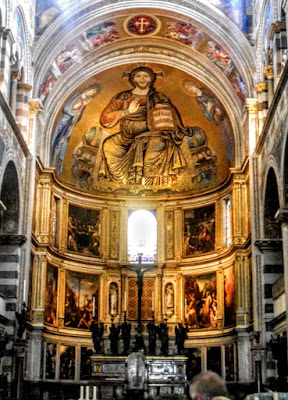 The sanctuary and the apse in the Duomo (Photograph: Patrick Comerford)

[Jesus said:] 1 ‘Beware of practising your piety before others in order to be seen by them; for then you have no reward from your Father in heaven.

2 ‘So whenever you give alms, do not sound a trumpet before you, as the hypocrites do in the synagogues and in the streets, so that they may be praised by others. Truly I tell you, they have received their reward. 3 But when you give alms, do not let your left hand know what your right hand is doing, 4 so that your alms may be done in secret; and your Father who sees in secret will reward you.

5 ‘And whenever you pray, do not be like the hypocrites; for they love to stand and pray in the synagogues and at the street corners, so that they may be seen by others. Truly I tell you, they have received their reward. 6 But whenever you pray, go into your room and shut the door and pray to your Father who is in secret; and your Father who sees in secret will reward you.

16 ‘And whenever you fast, do not look dismal, like the hypocrites, for they disfigure their faces so as to show others that they are fasting. Truly I tell you, they have received their reward. 17 But when you fast, put oil on your head and wash your face, 18 so that your fasting may be seen not by others but by your Father who is in secret; and your Father who sees in secret will reward you.’ 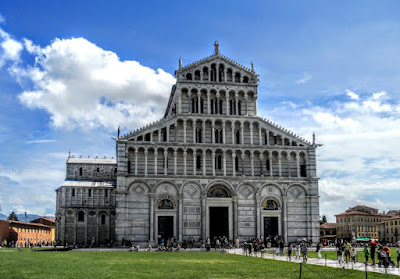 The five-nave cathedral was built in 1064 by Buscheto in the distinctive Pisan-Romanesque style (Photograph: Patrick Comerford)

Let us pray for the humility and strength to change our ways. May we live more sustainable lives, and encourage others to do likewise. 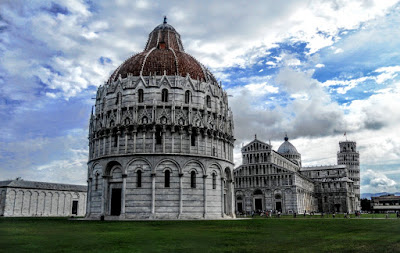 The Baptistry dates from 1153 and was completed in the 14th century (Photograph: Patrick Comerford)