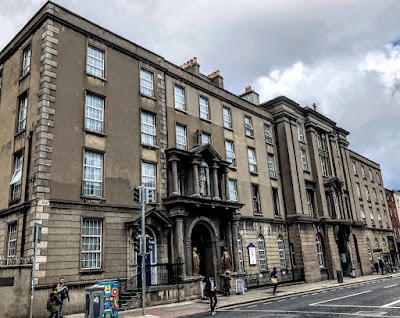 The Augier Street entrance to the Church of Our Lady of Mount Carmel … there has been a Carmelite presence in Dublin since the 1270s (Photograph: Patrick Comerford, 2021)

Today is the Eleventh Sunday after Trinity, and, in many traditions, the Feast of the Blessed Virgin Mary, celebrated by many in the West as the Assumption and in the East as the Dormition.

Later this morning, I am leading Morning Prayer in Saint Mary’s Church, Askeaton, and presiding and preaching at the Parish Eucharist in Saint Brendan’s Church, Kilnaughtin (Tarbert), Co Kerry.

My theme this week is churches in the Carmelite tradition, and my photographs this morning (15 August 2021) are from the Church of Our Lady of Mount Carmel, known as ‘Whitefriar Street Church’ and facing onto Aungier Street in Dublin. 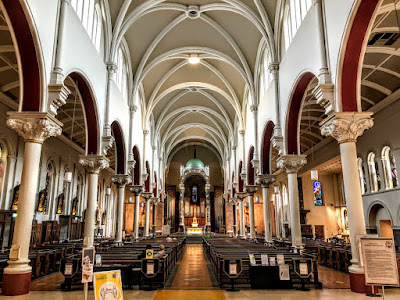 Inside the Church of Our Lady of Mount Carmel on Whitefriar Street and Aungier Street, Dublin (Photograph: Patrick Comerford, 2021)

Whitefriar Street Church is one of two Carmelite churches in inner-city Dublin run by the Carmelites: the other is Saint Teresa’s Church in Clarendon Street, near Grafton Street, and they represent two separate Carmelite traditions, the Order of Carmelites and the Order of Discalced Carmelites. The Carmelites also run Terenure College, and there are many Carmelite houses and Carmelite-run parishes throughout Ireland.

Whitefriar Street Church is noted for holding the relics of Saint Valentine, donated to the church in the 19th century by Pope Gregory XVI from the cemetery of Saint Hippolytus in Rome. The church also holds relics of Saint Albert, a Sicilian who died in 1306 (feast day, 7 August), and a life-size oak figure known as ‘Our Lady of Dublin.’

The first Carmelites arrived in Ireland five years later in 1279, when they founded a friary at Leighlinbridge, Co Carlow. The Carmelite friars have been a presence in one of the oldest parts of Dublin city since the 1270s. Sir Robert Bagot, chief justice of the King’s Bench, built them a house in Saint Peter’s parish on the south side of the walled city. He had bought a portion of land in what is now Whitefriar Street from the Cistercian Abbey in Baltinglass, Co Wicklow. The Irish Parliament met at the ‘Whitefriars’ in Dublin in 1333.

By 1500, there were 25 Carmelite monasteries in Ireland. Whitefriars Street Church stands on the site of a pre-Reformation Carmelite priory in Dublin built in 1539.

A number of the friars in Ireland and England, including provincials, supported the reforms introduced in the reign of Henry VIII. At the Reformation, the Whitefriars’ priory in Dublin was surrendered on 3 August 1539. Perhaps the most notable and the most detested of the Carmelite friars in Ireland was John Bale (1495-1563), who was Bishop of Ossory for seven months in 1553.

The Carmelites returned to Dublin soon after the Reformation, and in the early 17th century they had a house in Cook Street. By 1728, they were in Ashe Street, and they then moved to French Street (later Upper Mercer Street) and built a chapel nearby in Cuffe Lane in 1806.

They opened their first school in Longford Street in 1822 and moved to Whitefriar Street in 1824-1825 when the long, narrow site was acquired by the Prior, Father John Spratt.

The church was designed by Sir George Papworth, who also designed Saint Mary’s Pro-Cathedral, Dublin. The foundation stone of the new church was laid in 1826, and the church was consecrated in 1827.

The flower-crowned skull of Saint Valentine is kept in the Basilica of Santa Maria in Cosmedin, Rome. When some relics were exhumed from the catacombs of Saint Hippolytus on the Via Tiburtina near Rome in 1836, they were identified with Saint Valentine. They were then placed in a casket, and brought in a procession to the high altar for a special Mass dedicated to young people and to people in love.

That same year, the Prior, Father John Spratt, was in Rome where he preached a popular and acclaimed sermon in the famous Jesuit church, the Gesu. Following his sermon, Pope Gregory XVI gave him a gift of the remains of Saint Valentine and ‘a small vessel tinged with his blood.’

When the Reliquary with Saint Valentine’s remains arrived in Dublin on 10 November 1836, they were brought in a solemn procession to the Carmelite Church in Whitefriar Street, where they were met by Archbishop Murray.

The church opened and was extended and enlarged in 1844, in 1859 by JJ McCarthy, in 1868, and in 1951 by JJ Robinson. It was originally oriented on the traditional liturgical east-west axis. In work that began in 1951, the entrance was moved from Whitefriars Street to Aungier Street, the High Altar was moved to the west end, and the interior was reversed, with a new entrance and its landmark Calvary facing out onto Aungier Street.

For many years, the relics of Saint Valentine were placed in storage. But during the renovations of the church in the 1950s and the 1960s, they were given a new place in the church, and a special altar and shrine were built for them. A statue carved by Irene Broe shows Saint Valentine in the red vestments of a martyr and holding a crocus in his hand.

The statue of ‘Our Lady of Dublin’ is said have stood originally in Saint Mary’s Abbey, Dublin. There is a persistent legend that the golden crown was removed from the statue to crown Lambert Simnel as Edward VI in Dublin in 1487.

The stained-glass windows in the church include work by Michael Dunne (Saint Nuno Alvarez), Leo Earley (Our Lady of Mount Carmel and the Christ Child Enthroned), Willie Earley (Our Lady of Perpetual Succour and the Madonna and Child with Saint Therese), and Kevin Kelly (the Risen Christ). 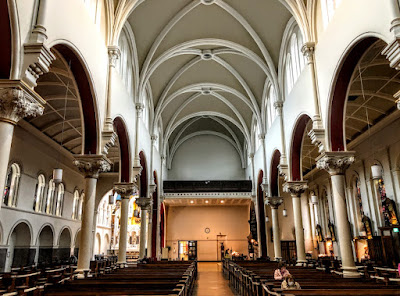 [Jesus said:] 51 ‘I am the living bread that came down from heaven. Whoever eats of this bread will live for ever; and the bread that I will give for the life of the world is my flesh.’

52 The Jews then disputed among themselves, saying, ‘How can this man give us his flesh to eat?’ 53 So Jesus said to them, ‘Very truly, I tell you, unless you eat the flesh of the Son of Man and drink his blood, you have no life in you. 54 Those who eat my flesh and drink my blood have eternal life, and I will raise them up on the last day; 55 for my flesh is true food and my blood is true drink. 56 Those who eat my flesh and drink my blood abide in me, and I in them. 57 Just as the living Father sent me, and I live because of the Father, so whoever eats me will live because of me. 58 This is the bread that came down from heaven, not like that which your ancestors ate, and they died. But the one who eats this bread will live for ever.’ 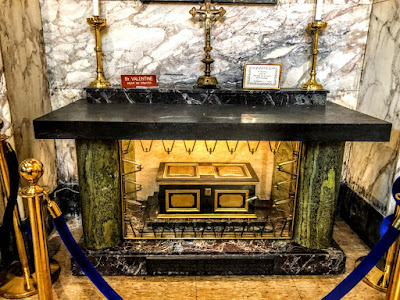 The Prayer in the USPG Prayer Diary today (15 August 2021) invites us to pray:

‘For as the earth brings forth its shoots,
So the Lord God will cause righteousness
And praise to spring up before all nations’.
Creator God, may we care for your creation
And pray for justice worldwide. 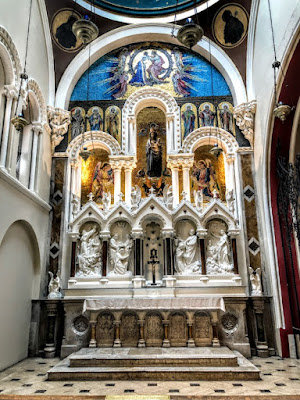 The shrine of ‘Our Lady of Dublin’ …. today is Feast of the Assumption or the Dormition (Photograph: Patrick Comerford, 2021) 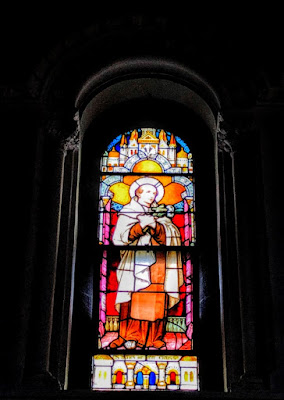