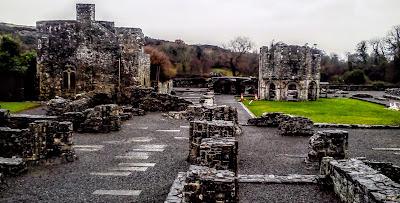 The ruins of Mellifont Abbey … the ruins of the largest and oldest Cistercian abbey in Ireland (Photograph: Patrick Comerford)

Today is the Thirteenth Sunday after Trinity (Trinity XIII), and later this morning (29 August 2021) I am presiding and preaching at a Group Parish Eucharist in Holy Trinity Church, Rathkeale, Co Limerick.

My theme this week is Benedictine (including Cistercian) foundations. Already in this series, I have visited a number of Benedictine and Cistercian churches and abbeys, including and Mount Melleray Abbey, Cappoquin, Co Waterford (28 February and 1 March 2021), Ealing Abbey, London (27 April), and Glenstal Abbey, Co Limerick (28 April). This week’s theme begins at Mellifont Abbey, near Drogheda, Co Louth. 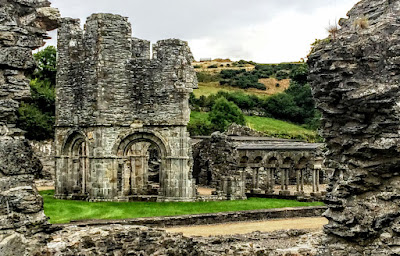 The ruins of the octagonal 13th-century lavabo, where the monks washed their hands before praying and before eating (Photograph: Patrick Comerford)

Mellifont Abbey, founded by Saint Malachy in 1142, was Ireland’s first Cistercian monastery, and its foundation marked the introduction of the European monastic way of life to Ireland.

These are the ruins of the largest and oldest Cistercian abbey in Ireland. The English name Mellifont is derived comes from the Latin Melli-fons, meaning ‘Font of Honey.’

Mellifont Abbey, on the banks of the River Mattock and 10 km north-west of Drogheda, was founded in 1142 at the suggestion of Saint Malachy, Archbishop of Armagh.

Four years after Saint Malachy died, the Synod of Kells held some of its sittings in Mellifont in 1152, and was attended by bishops, kings and the papal legate, John Paparo.

By 1170, there were 100 monks and 300 lay brothers at Mellifont. The abbey was a model for other Cistercian abbeys in Ireland, and remained the principle abbey in Ireland until the Reformation and the suppression of the monasteries in 1539.

Little of the original abbey survives, but the most unusual feature in the octagonal lavabo from ca 1210, where the monks washed their hands before praying and before eating.

It is possible to trace out the original walls of the abbey church, and the other remains on the site include interesting colonnades, some Romanesque arches and the 14th-century Chapter House where the monks met.

After its dissolution of monastic houses in 1539, the abbey became a private manor house. Here the Treaty of Mellifont was signed in 1603 and here William of Orange had his headquarters in 1690 during the Battle of the Boyne.

The Moore family, who later became Earls of Drogheda, remained the owners of Mellifont until 1727.

New Mellifont Abbey was re-established at Collon, Co Louth, in 1938 by monks from Mount Melleray Abbey who bought Oriel Temple, the residence of Lord Massareene. The land was originally owned by the old Mellifont Abbey. New Mellifont became an abbey in 1945. The monks run a farm, a garden and a nursery and a garden centre that is open to the public. In the Benedictine tradition the abbey offers a guest house for those wishing to stay.

Today, the abbey ruins at Mellifont are a National monument of Ireland, accessible to the public. 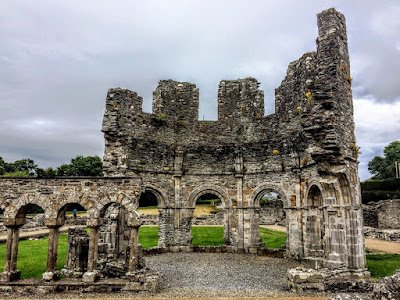 1 Now when the Pharisees and some of the scribes who had come from Jerusalem gathered around him, 2 they noticed that some of his disciples were eating with defiled hands, that is, without washing them. 3 (For the Pharisees, and all the Jews, do not eat unless they thoroughly wash their hands, thus observing the tradition of the elders; 4 and they do not eat anything from the market unless they wash it; and there are also many other traditions that they observe, the washing of cups, pots, and bronze kettles.) 5 So the Pharisees and the scribes asked him, ‘Why do your disciples not live according to the tradition of the elders, but eat with defiled hands?’ 6 He said to them, ‘Isaiah prophesied rightly about you hypocrites, as it is written,

“This people honours me with their lips,
but their hearts are far from me;
7 in vain do they worship me,
teaching human precepts as doctrines.”

8 You abandon the commandment of God and hold to human tradition.’

14 Then he called the crowd again and said to them, ‘Listen to me, all of you, and understand: 15 there is nothing outside a person that by going in can defile, but the things that come out are what defile.’

21 For it is from within, from the human heart, that evil intentions come: fornication, theft, murder, 22 adultery, avarice, wickedness, deceit, licentiousness, envy, slander, pride, folly. 23 All these evil things come from within, and they defile a person.’ 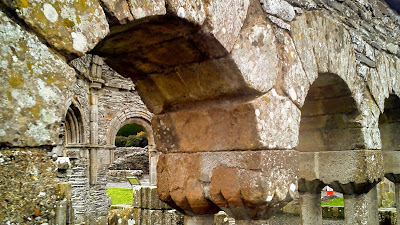 The remains on the site include colonnades, Romanesque arches and the 14th-century Chapter House (Photograph: Patrick Comerford)

The Prayer in the USPG Prayer Diary today (29 August 2021, Trinity XIII) invites us to pray:

Living God,
may we embrace new ways of
worship and praise.
Let us balance tradition and innovation,
placing You at the centre of all we do. 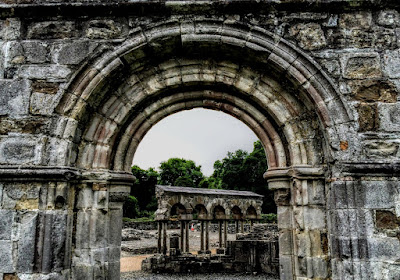 A surviving Romanesque arch in the ruins of Mellifont Abbey (Photograph: Patrick Comerford) 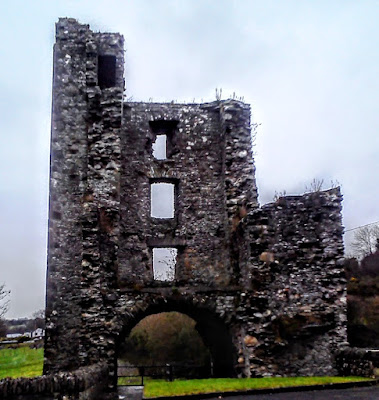 After its dissolution, the abbey became a private manor house and the Moore family, later Earls of Drogheda, were the owners of Mellifont until 1727 (Photograph: Patrick Comerford)