Bective Abbey was founded in 1147 as a daughter house of Mellifont Abbey (Photograph: Patrick Comerford)

My theme this week is Benedictine (including Cistercian) foundations. My photographs this morning (30 August 2021) are from Bective Abbey, Co Meath. 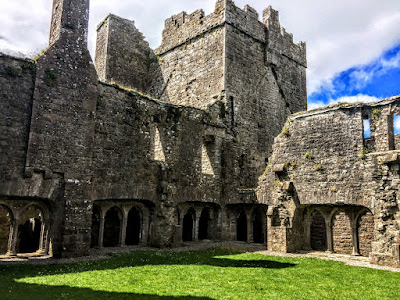 The Abbot of Bective was a spiritual lord and sat in the mediaeval parliament (Photograph: Patrick Comerford)

The ruins of Bective Abbey are on the banks of the River Boyne in Co Meath.

Bective Abbey was founded by the King of Meath, Murchad O Maeil-Sheachlainn, in 1147 as a daughter house of Mellifont Abbey, Co Louth, which had been founded just five years earlier. This was the second Cistercian foundation in Ireland and the new abbey was dedicated to the Blessed Virgin Mary.

Hugh de Lacy, the Anglo-Norman Lord of Meath who built Trim Castle, was murdered in Durrow in 1195. The Abbey of Saint Thomas in Dublin and Mellifont Abbey wanted his body to be buried with them. Finally it was decided to bury his body at Bective Abbey and his head in Dublin.

The decision caused feuding between the monks of the two abbeys, and 10 years later in 1205 the Bishop of Meath and two other judges decreed that the head and body should be reunited and buried together in Dublin.

Bective Abbey was fortified in 1228 and used as a safe haven for the English and visitors from Europe.

The lands were first rented to Thomas Asgarde, an English civil servant, and bought by Andrew Wyse in 1552. Bective then passed to the Dillon family and later to the Bolton family. The complex was converted into a great mansion with the insertion of new fireplaces, chimneys and large stone windows. However, the abbey and the great mansion later fell into ruin.

But the best-preserved parts of the building are two surviving sections of the 15th century cloisters, with some beautiful arches that are still intact, including a pillar with the figure of mediaeval bishop or abbot carrying a crozier. Some sources say this is Saint Brendan, but it is difficult to understand why an old Irish saint would be given such prominence in an Anglo-Norman foundation. Perhaps he was the abbot responsible for building the cloisters.

Bective Abbey was a location in the filming of Mel Gibson movie Braveheart in 1995, and the cloisters were used for the scene with the Princess and her maid.

Today the ruins of the abbey are set in the middle of pasture on the banks of the River Boyne. In 2012, the Office of Public Works bought some of the land from a local farmer and converted it into a carpark, laying out a footpath leading to the abbey. 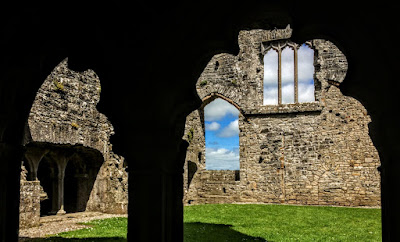 The best-preserved parts of the building are two surviving sections of the 15th century cloisters (Photograph: Patrick Comerford) 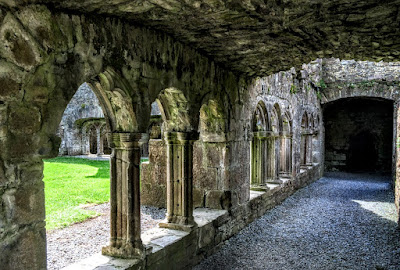 Bective Abbey was donated to the State in 1894 (Photograph: Patrick Comerford)

The Prayer in the USPG Prayer Diary today (30 August 2021) invites us to pray:

Let us pray for the Igreja Episcopal Anglicana do Brasil. May we support them in all they do to spread the Good News of Jesus Christ in Brazil. 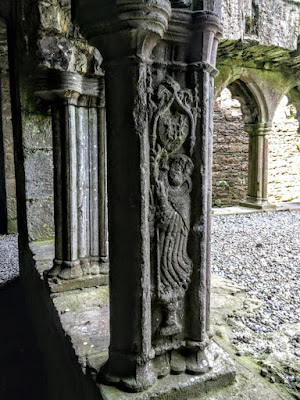 Some sources the figure on a of mediaeval bishop or abbot carrying a crozier is Saint Brendan … but he may be the abbot responsible for building the cloisters (Photograph: Patrick Comerford) 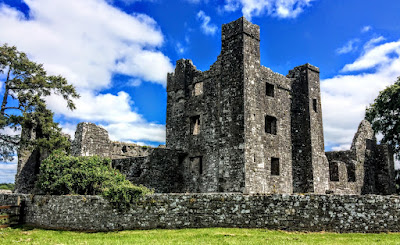 The large defensive tower was built above the south range of the abbey in the 15th century (Photograph: Patrick Comerford)