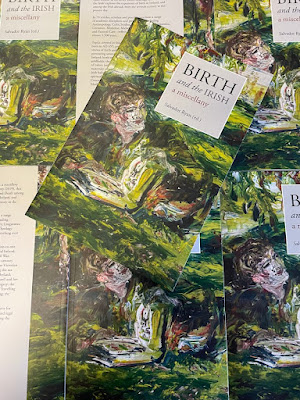 After a suitable period of gestation, Birth and the Irish: a miscellany, a new book by my friend and colleague, Professor Salvador Ryan of Maynooth, has been published this week by Wordwell Books, Dublin, in time for the Christmas market.

I have contributed to chapters to this book, which explores the experience of birth in Ireland, and among the Irish abroad, from the seventh century to the present day. The 78 chapters or papers reflect on pregnancy and birthing over almost 1,500 years. Salvador has brough together the work of scholars and practitioners from a range of academic disciplines and professions, including anthropology, Celtic studies, folklore, history, linguistics, literature, medicine, midwifery, obstetrics, theology and pastoral care.

The topics covered in this work include an 180-million-to-one birth in 657AD; pregnancy cravings in medieval Ireland; stories of birth and loss from the American Civil War; preventing unwanted pregnancies in 19th century Ireland; birth on the battlefield; childbirth on the Victorian goldfields; the caul in Irish folk belief; predicting the sex of babies – and chickens; infanticide in modern Ireland; maternity and ante-natal care, 1922-1960; foreign adoptions; Jane Russell and her Irish baby; childbirth in Irish film; LGBTQ surrogacy; the spirituality of birthing; birth customs among the Travelling Community; the Doula movement; hypnobirthing; the Mother and Baby Home report, and many more.

My two contributions to this new book, Chapters 23 and 32, are: ‘Albert Grant, the Victorian Fraudster Born in Poverty in Dublin’ (pp 104-107); and ‘Six Boys from Ballaghadreen with the Same Parents … but who was Born the Legitimate Heir?’ (pp 144-148). But … more about these topics in time in some future postings on this blog.

Meanwhile, the publishers promise this new anthology will serve as an indispensable resource for anyone interested in the social, cultural, religious and legal history of pregnancy and birth in Ireland and among the Irish from the earliest times to the present day.

Salvador Ryan is Professor of Ecclesiastical History, Saint Patrick’s College, Maynooth. His other published titles include Death and the Irish and Marriage and the Irish (Wordwell Books), Treasures of Irish Christianity (Veritas) and Religion and Politics in Urban Ireland (Four Courts Press). 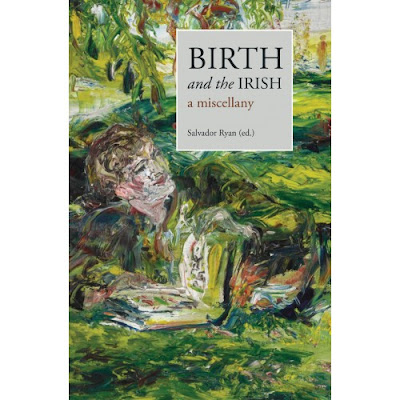