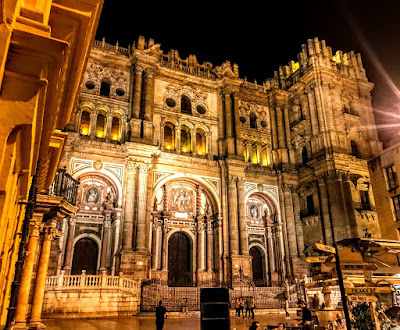 Málaga Cathedral at night … it is known as ‘La Manquita’ or ‘The One-Armed Lady’ (Photograph: Patrick Comerford)

Earlier in this series, I returned to the Cathedral of Saint James in Santiago de Compostela (31 March 2021, HERE), and the Basilica de la Sagrada Familia in Barcelona (10 April 2021, HERE). This morning (3 June 2021), my photographs are from the Cathedral in Málaga Cathedral, popularly known as ‘La Manquita’ or ‘The One-Armed Lady.’ 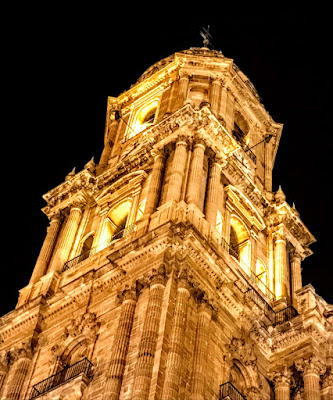 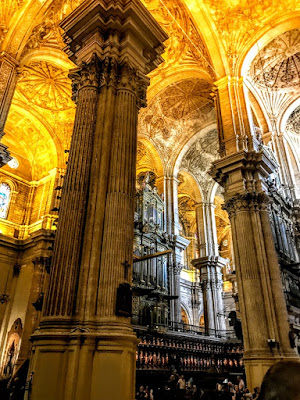 Inside the Cathedral of Málaga (Photograph: Patrick Comerford) 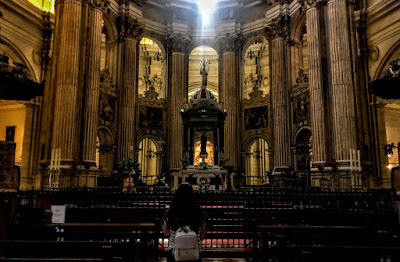 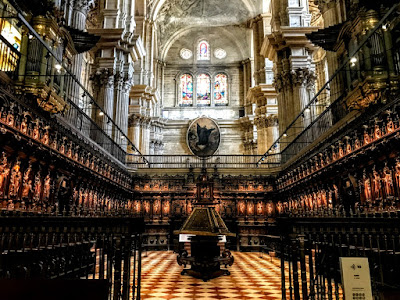 The choir with its carved choir stalls has been described as the ‘eighth wonder of the world’ (Photograph: Patrick Comerford)

The gardens include a number of interesting items in the so-called Museo al Aire libre de la Cathedral de Malaga. The oft-photographed cathedral gardens on Calle del Cistner also include a strange monument of unmarked crosses to victims of the Spanish civil war. 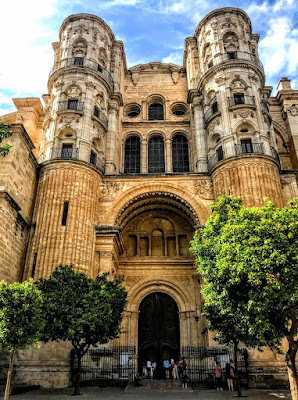 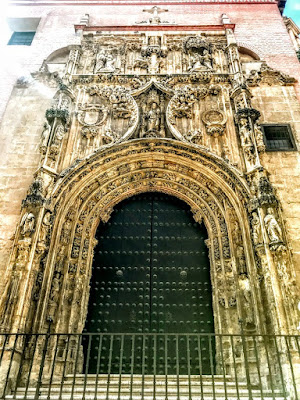 The 16th century Gothic doorway is all that survives from the original church (Photograph: Patrick Comerford)

The Prayer in the USPG Prayer Diary today (3 June 2021, Corpus Christi) invites us to pray:

Let us celebrate the institution of communion, giving thanks for the holy sacrament. May we grow closer to God, and to each other, as we do so. 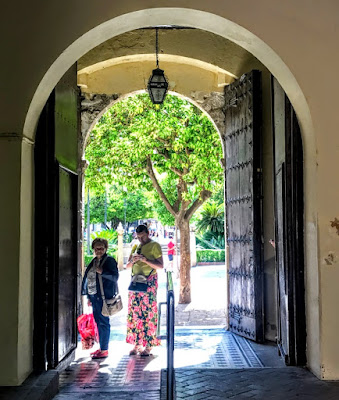