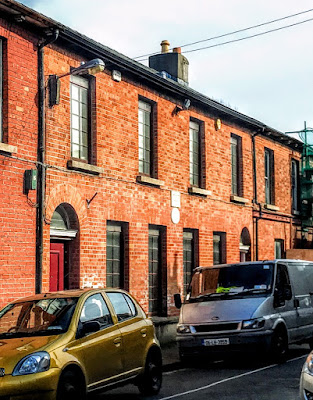 If you are wondering this Friday evening what to do on Sunday evening, and how you might learn a little more about Irish Jewish history, then ‘Dublin’s ‘Little Jerusalem’: A Jewish History of Ireland’ is the title of an online presentation being offered on Sunday (31 July 2022).

This 90-minute talk looks at the story of the Jewish community in Ireland, a small but influential part of Irish society, from the moment the first Jews set foot in mediaeval Dublin in 1171 to the modern day.

After more than 800 years of a permanent presence in Ireland, Irish-Jews have a rich history and culture that will be explored in this presentation centred on the story of the capital’s former Jewish quarter, known locally as ‘Little Jerusalem,’ off Clanbrassil Street and the South Circular Road.

The presenter Alexander Vard was born into a once prominent family of furriers, now more better known as artists and academics.

After studying history in Trinity College Dublin and the University of Edinburgh for five years and many years traversing the globe, Alexander Vard returned to Dublin, where he set up a walking tour company focusing on the history of Dublin’s once bustling Jewish quarter, known locally as ‘Little Jerusalem.’

Sunday’s online ‘virtual tour’ of Dublin’s ‘Little Jerusalem’ with Alexander Vard offers an opportunity to learn who were the first Jews known to have arrived in Ireland and who are the ones who remain today. He introduces key Jewish figures involved in Ireland’s independence and the Irish-Jewish connection to the founding of Israel.

Visitors will also hear the tragic story of Ettie Steinberg, the only Irish citizen who was victim of the Holocaust.

In the year that marks the centenary of the publication of Ulysses, there is time too to speculate about who was the inspiration for Leopold Bloom, the main character in James Joyce’s Ulysses, who was born in ‘Little Jerusalem’ with a Jewish father.

Contributions include donations to the Irish-Jewish Museum, one of the cultural hubs of the Irish-Jewish community. It also preserves the memory of a small but important community that shaped Irish life in the early 20th century. 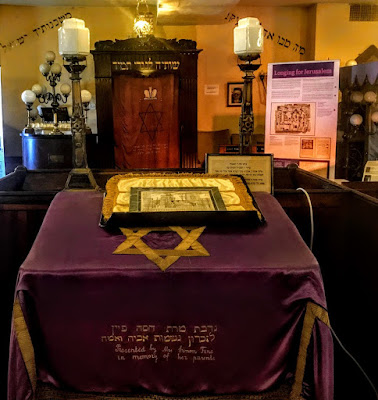