Praying with USPG and the music of
Vaughan Williams: Saturday 20 August 2022 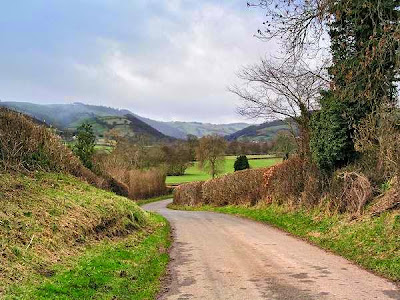 Upper Clun valley, a little way out of Whitcott Keysett, the view towards Newcastle and the hills beyond. A light shower of rain drifts across the hills near Upper Spoad (Photograph: Geoff Cryer, CC BY-SA 2.0 creative commons licenses via Wikimedia Commons)

The calendar of the Church of England in Common Worship today (20 August) recalls Saint Bernard, Abbot of Clairvaux, Teacher of the Faith, 1153 (Lesser Festival) and William and Catherine Booth, founders of the Salvation, 1912 and 1890 (Commemoration).

Saint Bernard was born at Fontaines, near Dijon, in France in the year 1090. He entered the Benedictine abbey at Cîteaux in 1112, taking with him many of his young companions, some of whom were his own brothers. He was a leader of the reform among the Benedictines at this time and in 1115 was sent to establish a new monastery at a place he named Clairvaux, or valley of light.

Though times were hard, he built up the community with his remarkable qualities of leadership. Bernard preached widely and powerfully and proved himself a theologian of renown. Literally hundreds of houses were founded on the Cîteaux or Cistercian system and Bernard’s influence on his own generation and beyond was immense. He died on this day in 1153.

1 Then Jesus said to the crowds and to his disciples, 2 ‘The scribes and the Pharisees sit on Moses’ seat; 3 therefore, do whatever they teach you and follow it; but do not do as they do, for they do not practise what they teach. 4 They tie up heavy burdens, hard to bear, and lay them on the shoulders of others; but they themselves are unwilling to lift a finger to move them. 5 They do all their deeds to be seen by others; for they make their phylacteries broad and their fringes long. 6 They love to have the place of honour at banquets and the best seats in the synagogues, 7 and to be greeted with respect in the market-places, and to have people call them rabbi. 8 But you are not to be called rabbi, for you have one teacher, and you are all students. 9 And call no one your father on earth, for you have one Father—the one in heaven. 10 Nor are you to be called instructors, for you have one instructor, the Messiah. 11 The greatest among you will be your servant. 12 All who exalt themselves will be humbled, and all who humble themselves will be exalted.’ 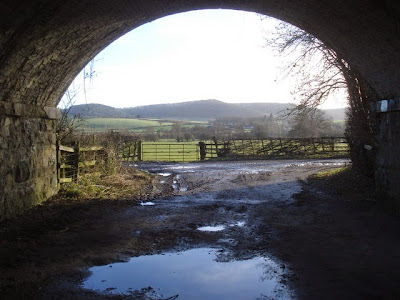 The Clun Valley, view eastwards from under the bridge across the valley to May Hill and Saddle Hill (Photograph: Trevor Rickard, creativecommons.org/licenses/by-sa/2.0), via Wikimedia Commons)

Perhaps the moment most characteristic of Vaughan Williams’s attitude to life comes at the end of this cycle, when his evocation of the calm of death inspires a vision of the Celestial City – something that was to come again and again in his later works.

Although this may be at odds with Housman’s grief and bitterness, Vaughan Williams’s mood of acceptance and fulfilment raises this cycle to a level of exceptional spiritual awareness.

On Wednesday, while I was reflecting on the third of these songs, ‘Is my team ploughing,’ I recalled how Vaughan Williams omitted the two football stanzas in that poem, to the great annoyance pf Housman, who wrote to his publisher, Grant Richards asking: ‘I wonder how he would like me to cut two bars out of his music?’

But in arranging his setting for this sixth poem, ‘Clun,’ Vaughan Williams also deleted Housman’s superscription to his fiftieth poem (L):

Clunton and Clunbury,
Clungunford and Clun
Are the quietest places
Under the sun.

Housman was from Worcestershire and at first knew little of Clunton and Clunbury, Clungunford and Clun in south Shropshire, to the west of Wenlock Edge. The settings in this poem welled up from his imagination, and he wrote most of the poems in A Shropshire Lad while living in Highgate, London, before ever visiting this part of Shropshire, although it is only about 30 miles from his boyhood home.

He presents Shropshire in an idealised pastoral light, as his ‘land of lost content,’ and Housman creates a mythical, idealised Shropshire, similar to the Wessex of the novels of Thomas Hardy. He became so intimately associated with south Shropshire that when he died in Cambridge in1936 he was buried just outside Saint Laurence’s Church in the market town of Ludlow, which stands on a cliff above the River Teme.

Clun is surrounded by the Shropshire Hills Area of Outstanding Natural Beauty, close to the 1200-year-old Offa’s Dyke and the Offa’s Dyke Path, a 177-mile long National Trail. Clun Castle overlooking the town is said to have inspired Sir Water Scott when he was writing The Betrothed.

The town is divided in two by the 15th century Packhorse Bridge, which has alcoves so people crossing on foot can avoid being trampled by the horses. The ancient part of Clun stands on the south side and the newer Norman town on the north, all set in the idyllic Clun Valley.

Saint George’s Church overlooks the river and the castle. The playwright John Osborne (Look Back in Anger, 1956), who lived nearby, was buried in the churchyard in 1994. The Trinity Hospital and Almshouses are Jacobean, built by the Earl of Northampton in 1614 in two quadrangles, to provide ‘charitable accommodation to 12 men of good character.’

Near Clunton, the fort on Bury Ditches Hill, with its ramparts and ditches towering above the slopes, has been described as one of the finest hill forts in Britain.

Neighbouring Clunbury celebrated the centenary of Housman’s A Shropshire Lad in 1996 with an 1896 weekend. As part of the programme, Christopher Train of Holland House, Clunbury, spoke in Saint Swithin’s Church on Clunbury at the time Housman wrote this poem.

Housman described these neat and quiet Shropshire villages as ‘the quietest places under the sun.’ By 1896 this was certainly true for Clunbury, which had lost its pub – The Raven or Pig and Whistle, which is now Dutch Cottage with its thatched roof – after the last tenant, James Harding, died in 1879.

In his lecture, Christopher Train noted that the parishioner who wrote of the Clunbury entry in the Clun Valley parochial magazine at the end of the 19th century regularly laments the fact that he has nothing of significance to report. For example: ‘There are no stirring events to record as having happened in Clunbury last month. It has always had the name of being ‘one of the quietest under the sun.’ A stranger passing the other day on the road to Clun and looking down upon our little village enquired of the driver of the conveyance what happy looking, peaceful sunshiny place it was.’

He notes that the Revd William Jellicorse retired as Vicar of Clunbury in August 1896 after 40 years. That year, Matins were said daily in the Parish Church at 10 a.m., there were two or three services each Sunday, and one of the highlights of life in Clunbury was the annual entertainment of the choir and bell-ringers.

Clungunford in south Shropshire is near the border with Herefordshire. Saint Cuthbert’s is the village parish church and the Rocke Cottage, formerly the Bird on the Rock, was one named by the UK Tea Guild as Britain’s top tea place.

Knighton, which also features in this poem, is a small market town about seven miles south of Clun. It stands on the River Teme, straddling the border between England and Wales, so that the main part of the town is in Powys, within the historic county boundaries of Radnorshire, while a small part of the town is in Shropshire.

Knighton-on-Teme is a village in the Malvern Hills District in Worcestershire, about 14 miles east of Ludlow. It too stands on the banks of the River Teme.

Clunton and Clunbury,
Clungunford and Clun,
Are the quietest places
Under the sun.

In valleys of springs and rivers,
By Ony and Teme and Clun,
The country for easy livers
The quietest under the sun,

We still had sorrows to lighten,
One could not always be glad,
And lads knew trouble at Knighton
When I was a Knighton lad.

By bridges that Thames runs under,
In London, the town built ill,
’Tis sure small matter for wonder
If sorrow is with one still.

And if as a lad grows older
The troubles he bears are more,
He carries his griefs on a shoulder
That handselled them long before.

Where shall one halt to deliver
This luggage I’d lief set down?
Not Thames, not Teme is the river,
Nor London nor Knighton the town:

’Tis a long way further than Knighton,
A quieter place than Clun
Where doomsday may thunder and lighten
And little ’twill matter to one.

‘They love to have the place of honour at banquets’ (Matthew 23: 6) … preparing for dinner at the Hedgehog Vintage Inn in Lichfield (Photograph: Patrick Comerford)

Merciful Redeemer,
who, by the life and preaching of your servant Bernard,
rekindled the radiant light of your Church:
grant us, in our generation,
to be inflamed with the same spirit of discipline and love,
and ever to walk before you as children of light;
through Jesus Christ your Son our Lord,
who is alive and reigns with you,
in the unity of the Holy Spirit,
one God, now and for ever.

God of truth,
whose Wisdom set her table
and invited us to eat the bread and drink the wine
of the kingdom:
help us to lay aside all foolishness
and to live and walk in the way of insight,
that we may come with your servant Bernard
to the eternal feast of heaven;
through Jesus Christ our Lord.

The theme in the USPG prayer diary this week has been ‘Human Trafficking in Durgapur.’ This them was introduced on Sunday by Raja Moses, Project Co-ordinator of the Anti-Human Trafficking Project, Diocese of Durgapur, Church of North India.

We pray for refugees, seeking shelter and safety as they have been forced out of their homes. May we offer them whatever pastoral and practical support possible.