Bikes divide town and gown, but
Cambridge is the city of cycles 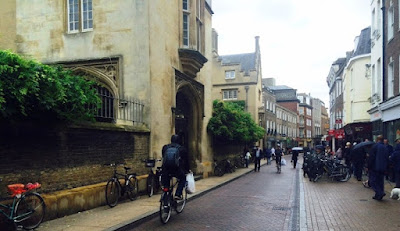 Cycling is a two-way opportunity in one-way Sidney Street in front of Sidney Sussex College means having to look both ways (Photograph: Patrick Comerford, 2015)

There are bicycles everywhere in Cambridge, even in the most improbable places. They are on the streets, on the footpaths, chained to church railings, abandoned against college walls, tethered to lampposts, bike rack and street signs, or posing with colourful advertising.

Sometimes, you have to watch your back carefully and watch out with caution, because there are even bikes going both ways on one-way streets, all legally, and even making right turns where there are right turns.

As I look out the window from my rooms in Cloister Court in Sidney Sussex College, there is a large bicycle shop on Jesus Lane, Primo Cycles, squeezed between two pizzerias.

The city has over 30 cycle shops, and there bike hire signs throughout the city, hiring, repairing and selling old and new bikes. Students and tourists alike can hire bicycles from a short-term arrangement like a half-day up to a full term.

Many people here boast that Cambridge is the “city of cycling,” and it is said that one in five journeys here is made on a bike. Some people even claim the use of bicycles in Cambridge is the highest rate in the English-speaking world.

About 120,000 people live in Cambridge, including 43,000 students. But it is not only students who cycle around Cambridge. The ordinary people of Cambridge – shop workers, office staff, stay-at-home parents, people in the service industries and the professions – all cycle too. 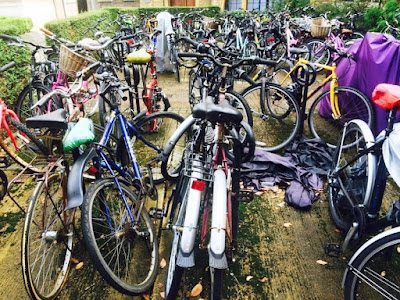 The most dense cycle usage in Cambridge is in a few streets in the centre and on routes used mainly by students. So students are partly responsible for the high number of cyclists here. Yet, you might ask, where else would a third of the people agree to being banned from owning a car in the city in which they live?

Undergraduates are not normally allowed to keep a car or a motorcycle in Cambridge, nor are they issued with parking permits. Although there are exceptions, for instance for physically disabled students, most students do not drive in the city. 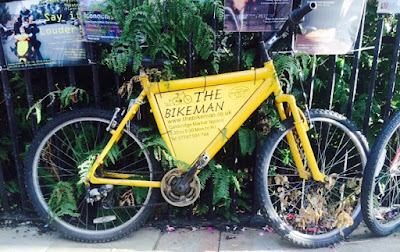 This means many cycle shops in Cambridge will have sold out of second-hand bikes within days of the undergraduates arriving back later this month. Second hand-bikes are advertised on notice boards around the University and throughout Cambridge, in local newspapers … even on colourful parked bikes.

The many special cycle ways are marked with blue signs with a white bicycle, and this helps cyclists to avoid the busier roads. But the rules for cyclists are confusing, even for people like me who have been coming to Cambridge for years.

Some streets allow buses and bicycles only, and many one-way streets are on fact two-way for bicycles. I have to remember to look both ways when I step out the wicker gate in Sidney Sussex College onto Sidney Street – although this is a one-way street for the restricted traffic allowed in, it is a two-way street for cyclists. 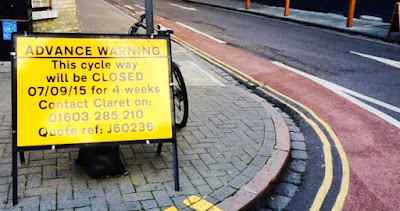 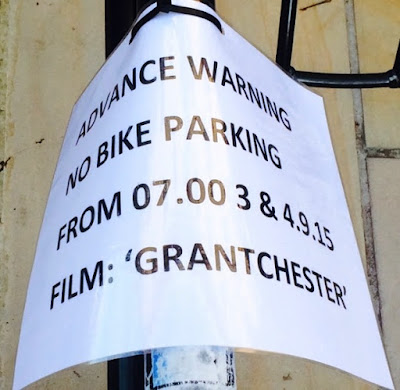 Cyclists complain that speed limits are high for cars, cycle-lanes are narrow, cyclists are expected to share lanes with buses, many residential roads are so designed that they are often used by cars as rat-runs, and cyclists often find they are forced to use rough surfaces on busy roads.

Shopping streets in the centre of Cambridge are essential parts of many direct and safe routes across the city, but they have often been closed to cyclists. Although some of these streets have been partly restored as cycling routes, some of the one-way restrictions only make sense for cars yet still apply to bikes too.

On the other hand, although paths through the parks are narrow and are shared with pedestrians, they are relatively pleasant for cyclists. 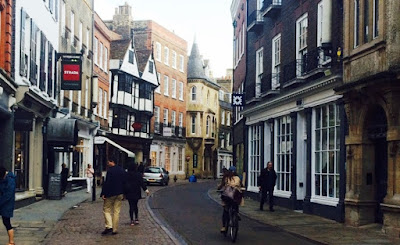 Cambridge students who cycle are usually young, well-educated and confident but who still need to be careful with their money. Those who form the cycling habit at University tend to continue to cycle afterwards, so cycling in Cambridge also benefits from the fact that many students remain in the city after graduating to work with of the hi-tech companies.

However, there has long been a divide between “town” and “gown” in Cambridge, and there is a correlation here between cycling and affluence.

Car usage is much higher among “town” people, and for them riding a bike can be seen as an indication that someone is poor. In this way, cycling has become one of the ways that the two groups are identified and divided.

Cycling means one is definitely “gown” and in turn many cyclists complain of a high level of intolerance from car drivers.

But despite these conditions and complaints, Cambridge remains the city of cyclists and cycles. 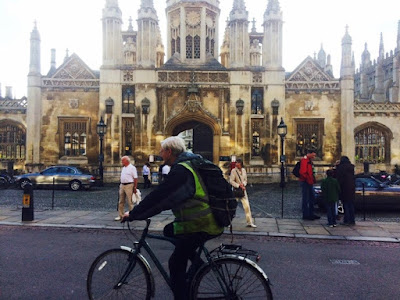